If I made high-end earphones, I’d find the cheapest balanced armatures available and shove as many as I could into each earpiece. So 64 Audio can do 18 drivers per ear? Big deal—for the Butterphones, I’d do at least 24 per ear; watch with barely concealed glee as CanJam showgoers flock to my booth and ignore Jerry Harvey Audio; then hand out handsomely packaged review samples at a lavish dinner in Irvine, California’s finest high-end chain restaurant, packed in a gift bag including a Buttersound water bottle and 180-gram vinyls from Patricia Barber and Hellhammer. 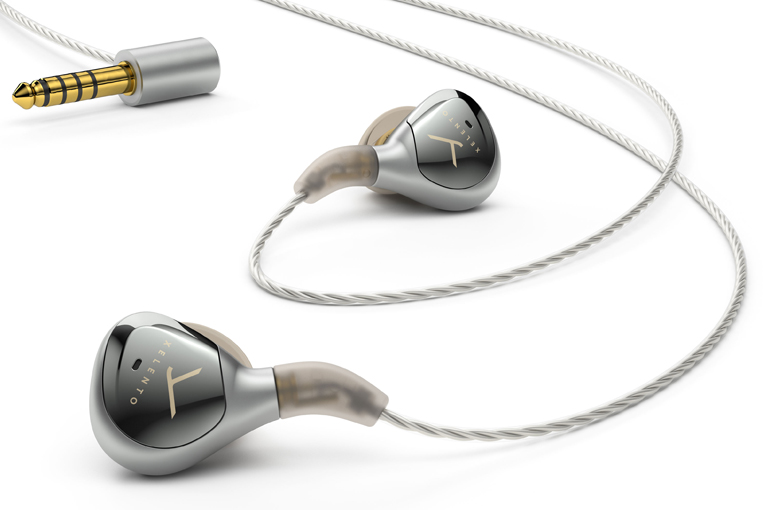 Each of the earpieces in the Xelento Remotes packs a single 11mm Tesla driver into a hand-polished metal enclosure with a logo in 24-karat gold. As Beyerdynamic’s website describes it, “Xelento remote is a unique piece of audible jewellery that makes audiophiles’ hearts beat faster.” As a person who doesn’t own a single piece of jewelry, the first half of that sentence doesn’t speak to me (although I admire the canny Euro-vibe of adding an extraneous “l” and “e” to “jewelry”). And considering that most audiophiles are men aged 70 or older, whose hearts beat faster just walking into the next room, the second half doesn’t impress me, either. Still, based on my way-positive experience with the single-dynamic-driver Technics EAH-TZ700s, I was hot to hear what the Xelentos could do.

Despite their high price and impeccable pedigree, the Xelento Remotes should be easy enough for even a $15 MP3 player from Amazon to get cranking: they’re rated at 16 ohms impedance and a very high sensitivity of 114dB/1mW.

The package includes the earphones, a leatherette carrying case, and two 51″ (1.3m) cables, both of which use MMCX connectors to attach the earphones. On the source end, one cable is tipped with a 1/8″ (3.5mm) plug, while the other has a 3/16″ (4.4mm) Pentaconn balanced audio connector. The cable with the 3.5mm plug has an inline remote that controls volume and play/pause. 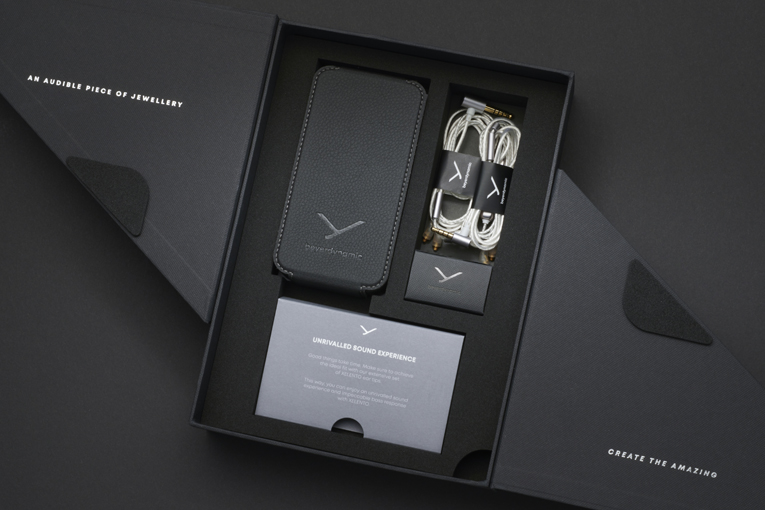 Most impressive of the accessories is the excellent selection of eartips: oval-shaped silicone tips in a whopping seven sizes, plus Comply foam tips in three sizes. If one of these tips doesn’t fit you, get headphones.

In contrast to the driver-packed high-end earphones I’m used to testing, the Xelentos are really small and light—so low-mass that I barely felt them in my ears when I used the silicone tips. The upside to this is comfort; you definitely won’t feel like an alien creature has invaded your ears, as I do with some high-end earphones. The downside is that the Xelentos aren’t as ear-filling as most $1k earphones, so they may not stay put as well as some designs.

I’m not sure if they ever get MP3 players in at Five Below, but if they did, I’m confident even the ultra-mega-cheapies they’d stock could drive the Xelentos. They sounded very loud and full plugged straight into my Samsung Galaxy S10 phone with the volume only three-quarters of the way up—although for most of my listening I used an EarMen Eagle DAC-headphone amp.

I’ll tell you this—the Xelentos definitely sounded different from what I’m used to hearing from earphones. Better? Yes, in ways. But also . . .  different.

Jazz/world music clarinetist Anat Cohen’s “Calling Vic Juris” (single, 24-bit/48kHz FLAC, Anzic Records / Qobuz) is one of a few tunes available exclusively on Qobuz and processed with THX Spatial Audio. I heard this recording through some Sony MDR-7506 headphones when fellow SoundStage! contributor Dennis Burger and I did a segment about THX Spatial Audio on the SoundStage! Audiophile Podcast, and he and I were both struck by how big, spacious, and enveloping the sound seemed. (Dennis was using Røde NTH-100s, pro headphones that are similar in ways to the MDR-7506 headphones.) Through the Xelentos, the individual instruments—overdubbed clarinets, acoustic and electric guitars, plus a bit of percussion—stood out more distinctly, but the whole presentation seemed smaller, more intimate, and more focused. In other words, less “spatial.” Is that better or worse? I don’t know, but like I said, it’s definitely different. 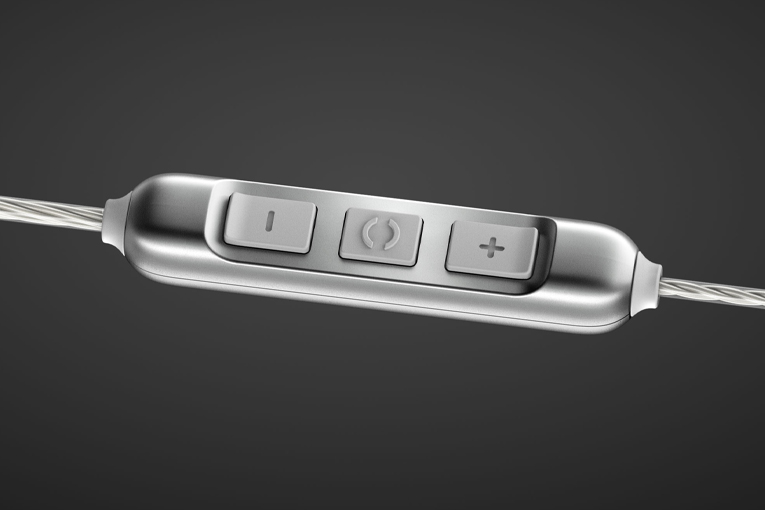 A recording I know vastly better than “Calling Vic Juris” is Yes’s “Your Move” (The Yes Album, 24/192 FLAC, Atlantic / Qobuz), which I remember hearing for the first time on my parents’ bedroom clock radio (at the time, the only radio in the house with decent FM reception) back in the mid-1970s, and which I’ve since owned on 8-track, cassette, CD, and vinyl. I was a little shocked by how easy the Xelentos made it to hear the reverb in the recording; I’d never really noticed the reverb much in this tune, but having done a lot of mixes with reverb plug-ins, I could recognize the sound as a plate reverb. It sounded incredibly clean; it seemed like I could hear the entire reverb tails after every phrase vocalist Jon Anderson sang. The detail in the reverb gave the mix a more exaggerated L/R stereo spread. As with the Anat Cohen recording, every instrument (and in this case, vocal) of the “Your Move” mix stood out in its own space—the recorders and shaker super close-up, the Portuguese guitar and Hammond B3 organ much further off in space. To sum it up, I’d say the Xelentos revealed stronger contrasts in this recording than I’m used to hearing.

“Your Move” did uncover what seemed to be two mild colorations in the Xelentos’ frequency response. First was the surprisingly strong low bass, evident on the kick drum and bass guitar unison note that plays on the “1” of every bar. Second was a little bit of extra emphasis on the lower treble; I guessed about +2dB at maybe 2 or 3kHz. 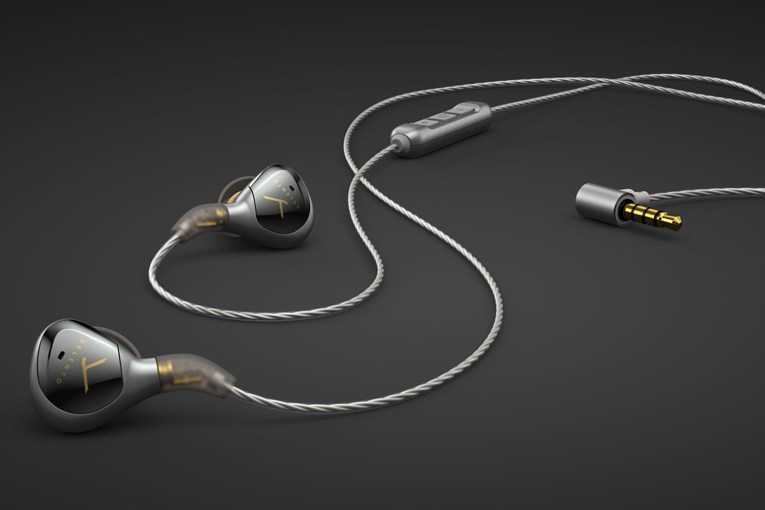 Every time I’m a little puzzled about specific colorations, I play “Buddy’s Bounce” from my album Take2 (16/44.1 FLAC, Outrageous8 / Qobuz), which I mixed and also heard at every step of production, from recording through mastering. While I was going through that process, I was disappointed to find that “Buddy’s Bounce” and all the other tunes seemed to lose just a bit of life at every step, even though the overall balance and presentation improved. Although I thought the Xelentos sounded a bit light in the bass on “Buddy’s Bounce” (I think I rarely, if ever, went below low G at 49Hz on this tune, so the low bass region wasn’t energized), they did seem to recapture the detail—the life—I remember when recording the original tracks. The instruments seemed a little clearer and more vivid, and I could appreciate the (thankfully not stupid) reverb decisions I made during mixing. I was starting to think the real magic of these earphones is how they handle decaying notes; their ability to reproduce the subtle details of ambience became what I liked best about them.

Still feeling uncertain—because I just didn’t remember hearing earphones like these before—I put on another familiar piece: II. Scherzo: Vivacissimo from Prokofiev’s Violin Concerto No. 1 in D Major, Op. 19, performed by violinist Hilary Hahn with the Orchestre Philharmonique de Radio France, Mikko Franck conducting (Paris, 24/48 FLAC, Deutsche Grammophon / Qobuz). Again, the Xelentos sounded a little light in the midbass, but also brought out more detail than I’ve perhaps ever heard in this recording. Certainly Hahn’s violin sounded amped-up by a dB or two, but the Xelentos also brought out the subtler contributions of the string section, the flutes, the snare drum, and even the harp (which I hadn’t previously noticed). Recording engineers joke about rock bands who want to “make everything louder than everything else,” but the Xelentos kind of seemed to do that. 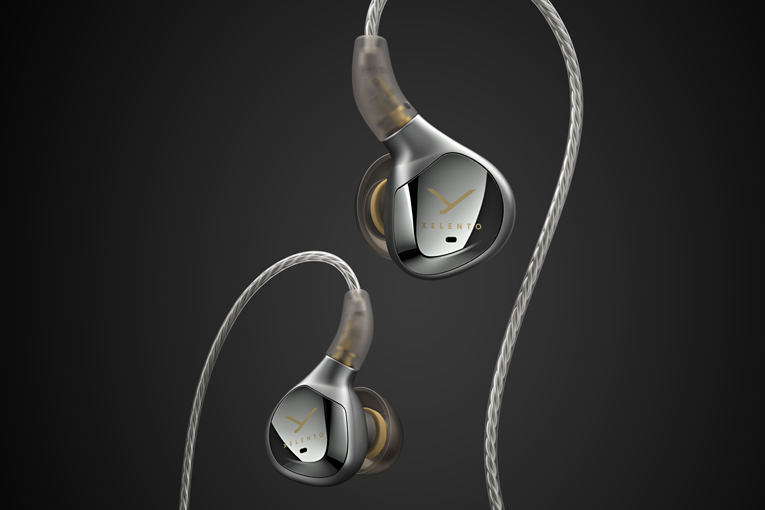 I’ll be curious to see in the measurements if the extra detail I was hearing is the result of a treble boost somewhere, or maybe the rather lightweight midbass allowing the treble to shine through more—or maybe just quality engineering and tuning?

For my comparisons with other models—principally, the Meze Audio Rai Penta earphones ($1099)—I wanted to get away from some of the fussier audiophile-ish stuff and stick with “regular” music, so I put on “Cousin Dupree” from Steely Dan’s Two Against Nature (24/96 FLAC, Giant-Reprise / Qobuz). It’s regular to me, anyway. Once again, I was struck by how the Xelentos extracted a slightly more detailed sound all around, compared to what I’m used to hearing on this tune.

The Rai Pentas definitely sounded fuller and warmer, with stronger, punchier midbass. They also brought out the vocals and snare a bit—although they didn’t sound quite as smooth in the mids; they seemed to strain a tad in the vocal range compared with the Xelentos. And while I wouldn’t say the Rai Pentas lacked detail in any way, the Xelentos just seemed to find a little more of the stuff. They were both great, just a little different from each other; I wouldn’t even try to predict which one you’d like better.

Also “regular” for me in my listening rotation is the An Evening with Silk Sonic album by Bruno Mars and Anderson.Paak (24/44.1 FLAC, Aftermath-Atlantic / Qobuz). Through the Rai Pentas, “Fly As Me” sounded great: full, kicking, rhythmic, and clear. I thought maybe the balance on this tune seemed a tad mid-heavy; the vocals felt a little louder than I’m used to. With the Xelentos, I did get more sense of the reverb—the sound was just bigger—and the vocals seemed to integrate better into the mix, although the bass didn’t kick quite like it did with the Rai Pentas.

The Xelentos are clearly among the best earphones I’ve heard. As I said before, there’s just something different about them—but not different in a way that makes them sound idiosyncratic, as some audiophile-oriented transducers do. My guess is that audiophiles will notice the same extra detail I heard . . . and that they’ll really enjoy listening to these.

Email: This email address is being protected from spambots. You need JavaScript enabled to view it.
Website: www.beyerdynamic-usa.com

Sven Arnold 23 days ago Is the miniDSP EARS the Death of Headphone Measurement? Or its Savior?
Very informative, easy to read article. It's gotten hard to find reviews of any kind ...