I found the Dan Clark Audio Æon Flow 2 Closed headphones pretty thrilling when I reviewed them earlier this year, and I thought they were a good deal at $899.99 (all prices USD). So imagine my surprise when the company came out with a new model only a few months later that looks the same but is priced at just $499.99: the Æon RT Closed. Clark took the original Æon (pre-Æon 2) open- and closed-back designs and retuned them for a different sonic vibe, thus saving a lot of money on R&D costs while reaching a different kind of listener. So this decision makes economic sense, but does it make musical sense? We’ll find out . . .

Like the Æon 2 Closed headphones, the Æon RT Closeds employ a proprietary planar-magnetic driver design. According to the company’s site, the model has “a lot more bass output than its predecessor, and also improved soundstage depth” -- neither of which is likely a bad thing. A lot of audiophile-oriented headphones could use a little more bass.

Like the Æon 2 Closeds, the Æon RT Closeds are rare among audiophile headphones in that they fold into a relatively compact form for easy packing into a suitcase or shoulder bag. And also like the Æon 2 Closeds, the Æon RT Closed headphones include several felt filters, which can be interchanged to give different sound profiles: a white felt filter with one tuning notch, another white filter with two notches, a black felt filter, and a foam black filter with very open cells that’s intended to cover the grille while having little effect on the sound. 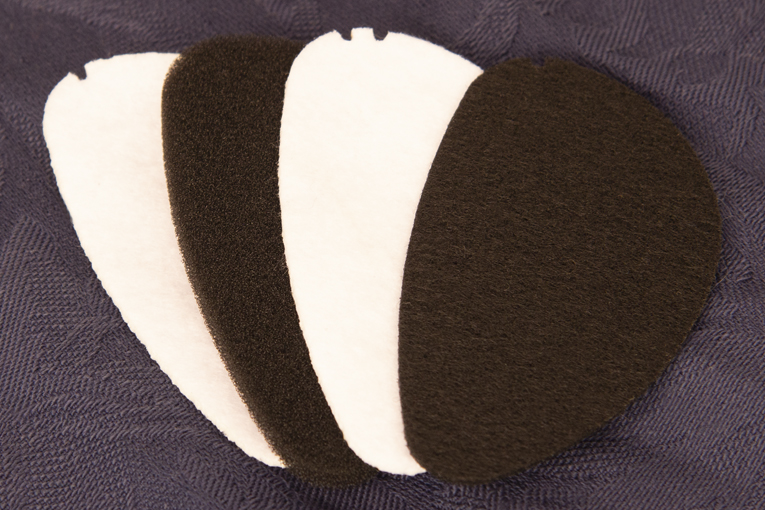 Specs for the Æon RT Closeds aren’t currently shown on the Dan Clark Audio website, but Clark told me they have a rated impedance of 12.5 ohms, and he estimates the sensitivity at 91dB. There’s also an open-back model, the RT Open, for the same price. Both headphones are built at Clark’s facility in San Diego, California. For more on Clark’s philosophy of headphone design, check out my interview with him.

The Æon RT Closeds include a form-fitting travel case, and your choice of two 6.6' (2m) cables: one with a 1/8" (3.5mm) plug and a 1/4" adapter, the other with a four-pin XLR connector for a balanced connection. On the headphone end, they’re tipped with four-pin locking Hirose connectors, which Clark chose because they stick out less than mini XLR connectors and thus are less likely to bump into your shoulder. Clark refers to these as DUMMER (Distinctly Un-Magical) cables.

Like the Æon 2 Closeds, the RTs are exceptionally comfortable, and that’s largely because of the headband, which applies pressure fairly evenly all the way around your ears. The light weight of the headphones, combined with super-soft earpads, also helps make this a set of headphones you’ll be happy to wear for hours. 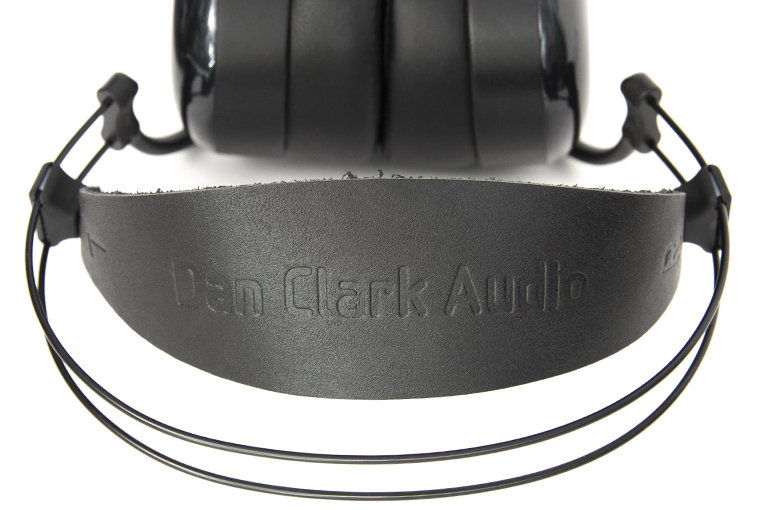 The sensitivity of the RTs seems to be lower than that of the Æon 2 Closeds (see the measurements section for the actual numbers), so you’ll want to pair them with some kind of a decent external amp or DAC-amp to get comfortably loud volumes from them. I used mostly an AudioQuest DragonFly Cobalt DAC-amp, sometimes augmented with a Schiit Audio Magnius amp.

After breaking in the headphones for ten hours, I wanted to experiment with the different filters provided with the Æon RT Closeds, so I could see which one (or two) I liked best and then use my favorite(s) for most of the subsequent testing.

Listening to “Angel Eyes” from Ella Fitzgerald’s The Lost Berlin Tapes (24-Bit/96kHz FLAC, Verve/Qobuz), I started with the white felt filter that has one tuning notch. This sounded pretty great. Ella’s voice sounded clear and uncolored, while the piano was way back in the soundstage. The cymbals sounded soft, but that’s the way they sound on this recording. Ella’s voice sounds great, but the fidelity of the instruments is less lively. With the two-notch white filter, the sound became too dull; Ella sounded like she was singing with a blanket over her head. The black felt filter brought out the highs more, but also added some sibilance and a bit of “cupped hands” coloration, almost as if Ella had been singing with a hand cupped around her mouth. The black foam non-filter sounded too bright and too sibilant, although I liked the vitality it brought to the piano and cymbals. 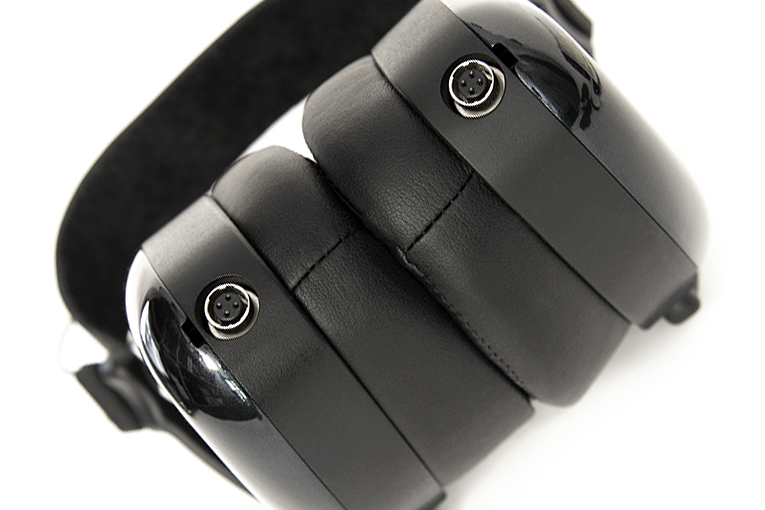 Not that I felt the Ella recording was the best material for checking the frequency balance of headphones; I just really wanted to hear this album when I noticed it on Qobuz. To get a different perspective, I put on Atlas Vending, by punk/noise power trio Metz (24/44.1 FLAC, Sub Pop / Qobuz). With the one-notch white filters, this frantic tune with relentless, distorted guitar sounded nicely balanced: I got the chiming higher notes of the guitar plus its crunchy low notes, and all the beef of the bottom end from the bass and kick drum and the vocals came through clearly, too. This natural balance, with nothing really sticking out, made this tune as crankable as I’m sure the band intended it to be.

The title track of jazz trumpeter/cornetist Ron Miles’s Rainbow Sign (24/96 FLAC, Blue Note / Qobuz) sounded lovely. “What’s there to complain about?” I initially wrote. But I’m an audio reviewer, so I found something: there seemed to be a peak at about 6kHz that made the cymbals sound a little too bright, with more of the sound of the drumstick hitting the cymbal and less of the ringing, lower-frequency resonance of the cymbal. But Miles’s cornet exuded a wonderful, full sound with lots of character and no trace of the blaring that trumpets often have. I also loved the vividness of the piano and guitar as they “talked back and forth,” piano at right, guitar at left, both playing almost constantly but coming through clearly. 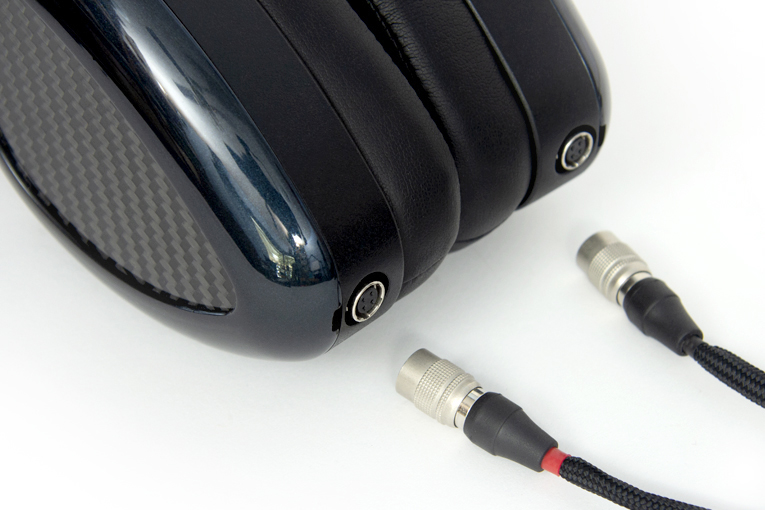 Cellist Mischa Maisky and pianist Lily Maisky’s performance of the second movement, “Largo,” of J.S. Bach’s “Concerto for Harpsichord, Strings, and Continuo No. 5 in F Minor” (Adagietto, 24/48 FLAC, Deutsche Grammophon / Qobuz), sounded gorgeous through the Æon RT Closeds. I loved the “woodiness” -- my term for the resonance of the top of an acoustic stringed instrument “breathing” -- and the clear sound of the bow hair scraping across the cello’s strings, and the way the piano “lit up” the acoustics of the recording space. It sounded to me like the headphones might have been emphasizing the mid-treble a bit, perhaps somewhat at the expense of the midrange, but not in a way that bothered me.

I didn’t like the RT Opens as much as I liked the RT Closeds; with the one-notch white filter (my favorite on the Opens, too), they sounded a little too midrange-peaky in the voice for me, and more sibilant than the Closed headphones. 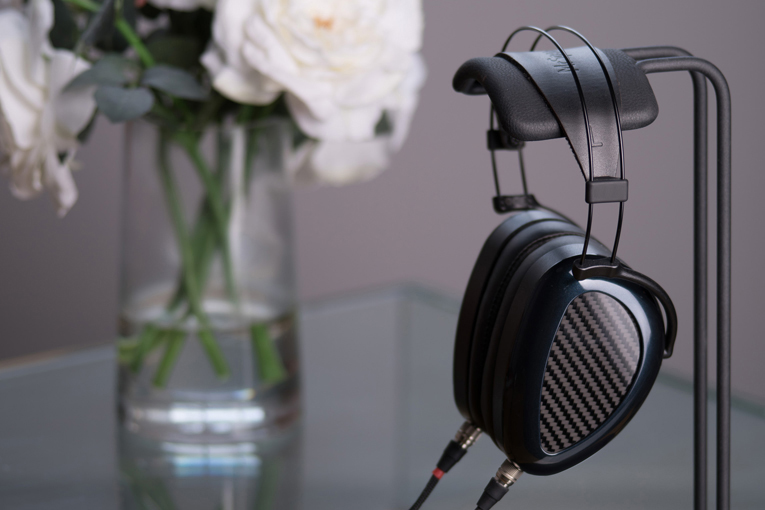 The Beyerdynamic T5 third-generation headphones definitely brought out more detail in the upper midrange, and I’m confident their overall response was subjectively flatter, too. However, the T5s didn’t sound as full as the RT Closeds; the T5s definitely were not as comfortably crankable when I listened to the Metz album, because they had a little too much treble output to sound good with thrashy fare. Same for the Maisky recording -- the T5s brought out more details of the cello, to the point where I could even hear Maisky’s clothes rubbing softly against the cello body, and there was a greater sense of ambience. But I have to admit the RT Closeds might be better for those who crave looooong listening sessions, because their fuller, softer sound was more relaxing to listen to through an entire symphony recording.

I thought the Dan Clark Audio Æon 2 Closed headphones, fitted with the optional perforated earpads, were among the best headphones I’ve tested -- in fact, they’re among only a few audiophile-oriented headphones that I consider to have truly balanced and even response. To my ears (and to my measurement gear) the Æon RT Closed headphones are a little mellower overall, with a bit more bass and a bit less midrange energy, with a little extra emphasis in the mid-treble to balance it out. Dedicated audiophiles will probably want to pony up the extra $400 to get the outstanding fidelity of the Æon 2 Closeds. But if you want a set of audiophile headphones for listening to mainstream music that you’ll want to crank up and enjoy rather than listening for every last subtlety -- and you value a super-comfortable, lightweight design -- the Æon RT Closed headphones are a good buy.