Over the last decade, Dan Clark Audio (formerly MrSpeakers) has grown from a company that sold modded Fostex products to one of the most respected names in high-end headphones. But when I interviewed Clark for my March column, I realized I hadn’t reviewed any of his headphones since the Mad Dog Alphas, a Fostex-based model from 2012. I decided to correct that oversight by checking out the Æon Flow 2 Closed headphones ($899.99, all prices USD), a recent model to which an interesting new option has just been added.

The Æon Flow 2 is available in two models, Closed and Open (referring to the construction of the backs of the earcups). Both use planar-magnetic drivers, and both share the same price and basic design. The “flow” in the name refers to the company’s efforts to smooth the airflow from the driver; to this end, they eliminated hard right angles in the driver frame and put the driver magnets on the outside, so there’s less between the driver diaphragm and your ear. 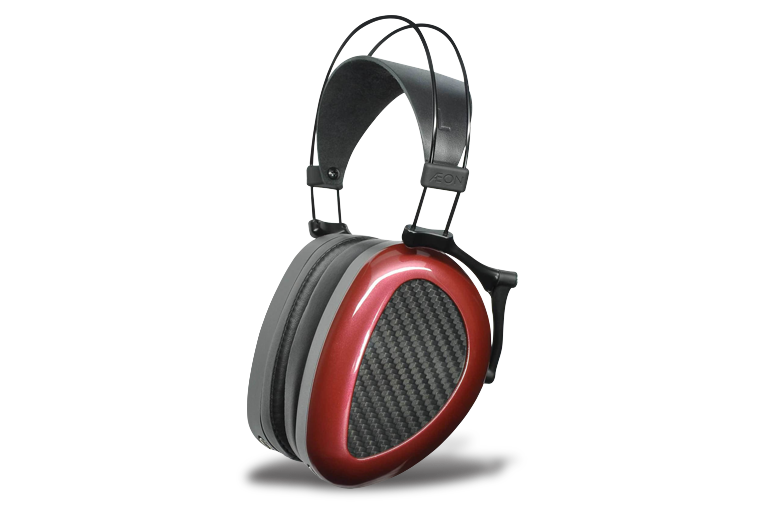 What makes the Æon Flow 2 Closed (and Open) headphones so unusual is their collapsible gimbal, which allows them to fold up into a compact package, and to fit into a relatively small, custom-molded travel case. This makes the Æon Flow 2 Closeds one of the few truly travel-friendly audiophile headphones. (The Open headphones are just as travel friendly from a physical standpoint, but offer no isolation from outside sounds.)

The Closeds debuted in November of last year, but now there’s another option for them: earpads that are perforated along their interior walls. Clark, in my interview with him, said these pads will give the listener “something close to the Harman curve.” He agreed to send me a set of the new pads to accompany the review sample. The perforated pads (and replacement stock pads) currently cost $59.99 per set, but that’s going up to $69.99 soon. I’ll explain below.

Impedance is rated at a low 13 ohms, and sensitivity at just 92dB with a 1mW signal, so these are headphones you’ll want to connect to a reasonably high-quality source device, such as a dedicated DAC-headphone amp, plugged into your phone or tablet, or a high-quality portable music player. 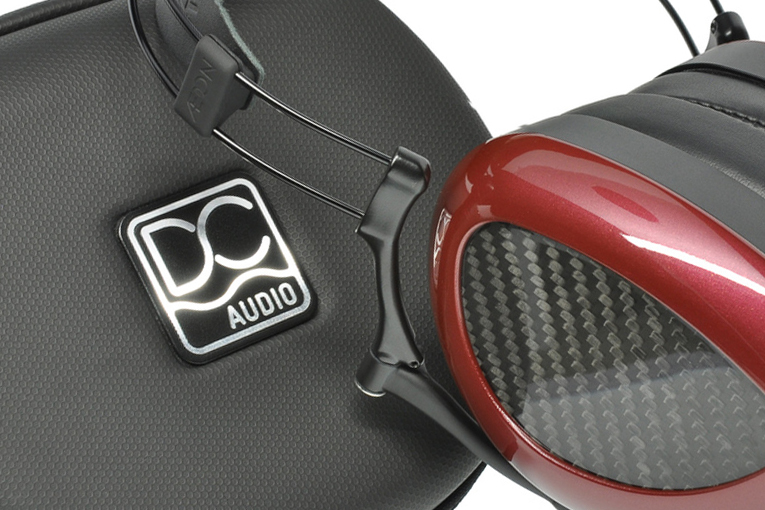 The headphones also include three pairs of filters to tailor the sound to your taste: one made from foam, one from soft black felt, and one from denser white felt, with two tiny notches cut in its edge near the top.

The Æon Flow 2 Closeds rank among the most comfortable headphones I’ve worn. This is due mostly to the design of the headband. While most headphone bands work like pliers, applying clamping force from the top of the band at an angle to the sides of your head, the Æon Flow 2 Closeds work more like a press, applying force more or less equally from both sides on the same axis as your ear canals. The light, parallel clamping force combines with the large, ultra-soft earpads and the light weight of the headphones to create an ultra-comfortable feel that makes hours-long listening sessions comfortable. 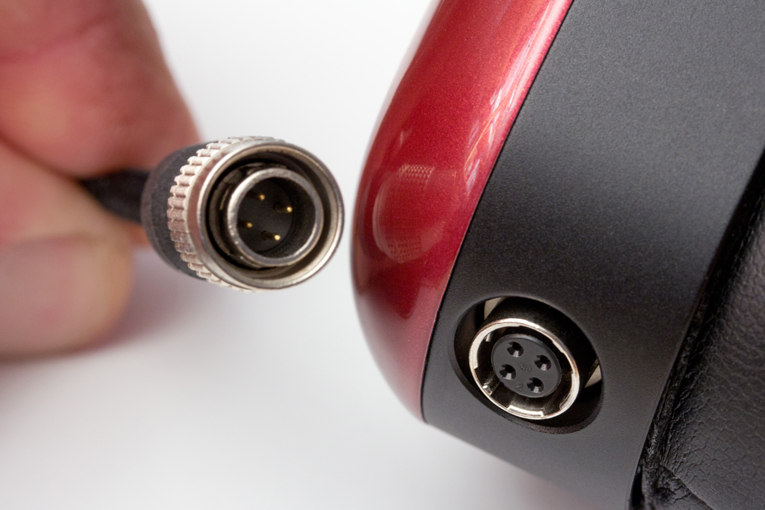 Based on the headphones’ specs, I wouldn’t have expected my Samsung Galaxy S9 phone to deliver usable volume through Æon Flow 2 Closeds. However, it was loud enough for casual background listening. You’ll want more power to get the best from these headphones, though. I noticed that while the compact iFi Audio Hip-dac headphone amp could play Be-Bop Deluxe’s “New Precision” (Drastic Plastic, 16-bit/44.1-kHz FLAC, Harvest/Qobuz) at a satisfying listening level, to get the full effect of the militaristic stomp the tune’s supposed to have, I had to hook up my Musical Fidelity V-CAN desktop amp.

With the stock pads, I’d describe these headphones as having an essentially flat, neutral balance with loads of detail, a little extra zing in the mid-treble, and a subtly, softly attenuated bass response. The filters reduce the zing to varying degrees, at the expense of some apparent treble detail.

For example, on Chris Thile & Edgar Meyer’s “Monkey Actually” (Bass & Mandolin, 16/44.1 FLAC, Nonesuch/Qobuz), I heard a huge sense of space and plenty of detail -- and a more kick-ass sound on this recording than I’ve come to expect. Bassist Meyer’s arco passages sounded edgier than I’m used to hearing, like he switched to a rougher bow string, and his double-stops had an almost Ritchie Blackmore-like power. Did it sound slightly exaggerated for two acoustic stringed instruments? Maybe, but still, I loved it. 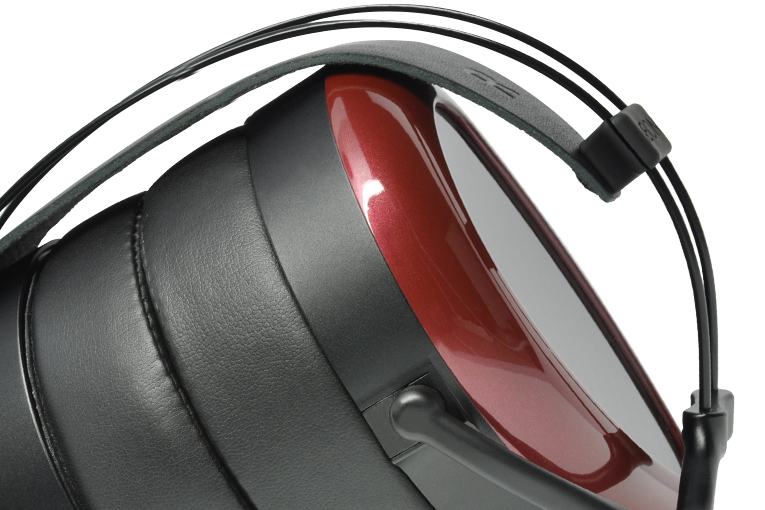 Of course, reproducing mandolin and double bass is easy in ways, because there’s so much variance in how those instruments can sound, and we don’t know what’s “right.” Reproducing the human voice is a lot more difficult. When I played Cécile McLorin Salvant’s rendition of “Sam Jones’ Blues” (Dreams and Daggers, 16/44.1 FLAC, Mack Avenue / Qobuz), the Æon Flow 2 Closeds gave me what sounded like the most faithful fidelity of the several headphones I had on hand -- including the Monoprice M1570 ($599.99), the Andover Audio PM-50 ($499), and the Audeze LCD-1 ($399) headphones. Through the Æon Flow 2 Closed headphones, the vocal sounded the clearest, with maybe just a little trace of treble emphasis, while the piano sounded as rinky-dink as it’s apparently supposed to, and the drumsticks-on-something-or-other percussion was realistically chattery. The bass had perhaps a couple of dB less punch than some of the other headphones delivered, but by no means did the headphones sound bass-deprived -- as many audiophile-oriented headphones do.

I should also note that the exceptional spaciousness of the Æon Flow 2 Closeds can make their sound a little distant and less intimate than with the other headphones noted above. On “Sam Jones’ Blues,” which was apparently recorded in a relatively small, low-ceilinged jazz club (some of the tunes on Dreams and Daggers were recorded live in clubs, but I don’t know which was recorded in what club), I felt like I was sitting back about 20 feet, while with the other headphones I felt like I was sitting within about 10 feet of the band. I don’t know which is the “correct” presentation, and of course it depends on personal taste, too.

I would have given these headphones a nice review with the stock earpads, but changing to the perforated pads pushed them to what I considered a whole different level of performance. With the white felt filters still installed, the Æon Flow 2 Closeds became the kind of headphones I could just put on and listen to for hours and forget I was even wearing or listening to headphones. 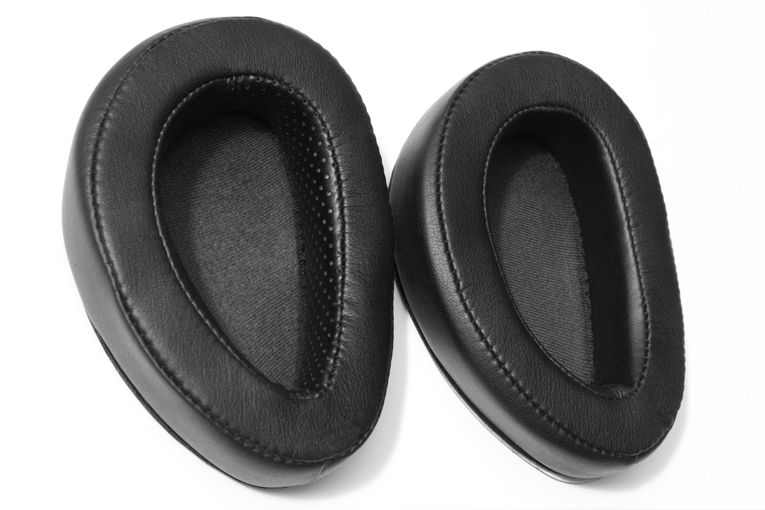 Shortly after I installed the perforated pads, I stumbled upon the latest Phish album (Sigma Oasis, 16/44.1 FLAC, JEMP/Qobuz) while browsing through Qobuz. I’d never heard much Phish, and I can’t say Sigma Oasis really grabbed me; to my ears, it sounded like pretty standard-fare light rock. Yet I ended up listening all the way through, constantly forgetting about evaluating the headphones and simply enjoying the music for what it is. On the title track, the bass had the power to give the music a nice drive; the vocals sounded clear and uncolored, and I heard a big, wonderful sense of space on the acoustic guitar, piano, and synthesizer. The sound was bassier and brighter with the perfed pads, and for me, it was more natural and involving. If there was any of that mid-treble push left, it was very subtle.

Wanting to see how hard I could push the Æon Flow 2 Closeds with the tonal balance tamed through the perforated pads, I put on my latest bass torture track, Lil Baby’s “Sum 2 Prove” (single, 16/44.1 FLAC, Quality Control / Motown / Qobuz). I loved the clarity and detail -- and that I could crank the tune loud without it being fatiguing. With the headphones powered by the Musical Fidelity V-CAN amp, the bass had plenty of volume, although not quite as much punch as I’m used to hearing from dynamic-driver headphones. With most audiophile headphones, a tune like this gets blarey and fatiguing, but with this setup, “Sum 2 Prove” became downright pleasant to listen to. 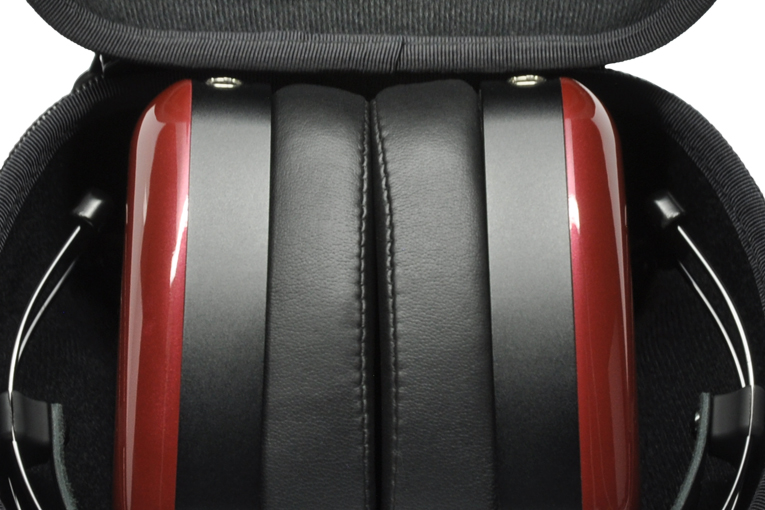 Just to give the new pads the “acid test,” I put on Tracy Chapman’s “Fast Car” (Tracy Chapman, 16/44.1 WAV, Elektra/Qobuz). Compared to the sound with the stock pads, the tonal balance with the perforated pads seemed to tilt slightly upward, maybe a couple of dB hotter overall in the treble. But while Chapman’s voice with the perfed pads sounded more trebly, it also sounded less sibilant -- an unusual result, to say the least. To test Clark’s contention that the sound with the perfed pads was close to the Harman curve, I compared the Æon Flow 2 Closeds to the AKG K371 headphones, which are said to be within plus/minus 1dB of the Harman curve. He was right -- the tonal balance of the Æon Flow 2 Closeds was basically the same as that of the K371s, but with a couple of dB less bass.

Note that the pads, as currently supplied, are attached with adhesive. To change them, you carefully pry off the existing pads with a supplied tool, then peel the paper off the new pads, position them carefully, and press them firmly in place before slapping the old pads onto some waxed paper to preserve the adhesive. This makes it a little clumsy to swap out the pads for A-B comparisons. However, Clark told me he will be switching to the same butyl rubber ear-pad-attachment method used on the higher-end Ether headphones, and this should make swapping pads faster and easier. This will add another $10 to the price of a set of pads, though, pushing it to $69.99.

The coronavirus pandemic has made it practically impossible for me to use outside listeners now, but right before California’s shelter-in-place order was issued, I was able to do a listening session with LeRena Major, a Los Angeles saxophonist who’s held several positions in the music business and is a voting member of the National Academy of Recording Arts and Sciences. She used the stock earpads and did most of her listening with the white felt filters in place. 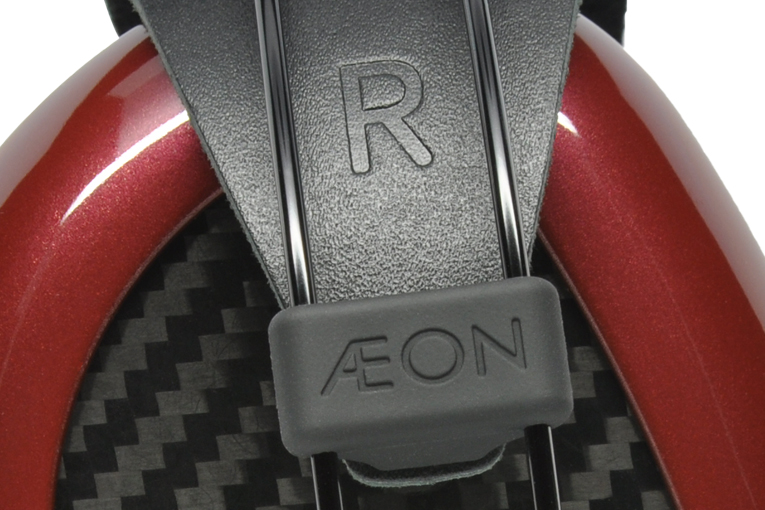 Even though LeRena generally prefers moderately bassy headphones -- she listens mostly to pop and R&B -- she liked the Æon Flow 2 Closeds quite a bit. “The sound is very balanced and enveloping,” she said. “With the white filter in, the bass sounded really good, not overpowering. The filters don’t make a big difference. If you remove the white filter and listen without it, everything just sounds a bit brighter, like turning a treble control up just a bit. These are really, really comfortable, too.”

I’m always looking for the perfect headphones -- ones that are comfortable enough that you never feel the urge to take them off, with a natural tonal balance that never calls attention to itself and reproduces every recording faithfully. The Æon Flow 2 Closed headphones, fitted with the perfed pads, do that for me -- and they’re compact and portable enough to take anywhere. I really have only one complaint: I wish the perfed pads came standard.