No matter where you might stand on the subjective vs. objective, measurements vs. “trusting your ears” debate, you can’t deny that the miniDSP IL-DSP DAC-headphone amp ($99 USD) can have a radical effect on the sound of your headphones. Like other roughly finger-sized DAC-amps on the market, the miniDSP plugs into a computer, phone, or tablet, and performs digital-to-analog conversion and powers a set of earphones or headphones. But while most of those products’ marketing claims are simply that they sound more awesome than other companies’ DAC-amps, the miniDSP incorporates a digital signal processing chip that can be user-programmed with different EQ curves.

Let’s talk about the EQ first, as that’s what most distinguishes this product. You program it using a PC or Mac app; after that, the EQ curves are all in the IL-DSP and they’ll still be effective if you plug the DAC-amp into a different device. Understand that this is no mere tone control -- it’s ten bands of parametric EQ, with the center frequency, Q (bandwidth), and boost or cut individually controllable for each band. Each of the bands can be a peak filter (centered at a certain frequency), or a shelving filter, affecting all frequencies either above or below the user-selected filter frequency. 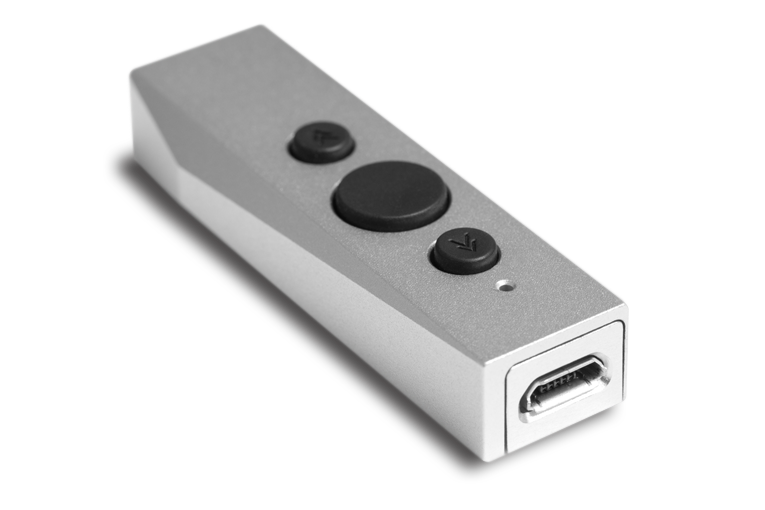 This is a level of control comparable to what I’ve seen in the interfaces used to program the DSP chips built into almost all wireless speakers and many active headphones, so you’re getting pretty much the same amount of control that the pros get. So that’s cool -- but whether or not an audiophile without measurement gear can accomplish something useful with such powerful controls is the issue I wanted to explore.

For a $99 product, the IL-DSP sports an impressive DAC, capable of PCM resolution up to 24/192 and DSD64 or DSD128. The DSP function won’t work with DSD signals (it would have to convert them to PCM, so what’s the point?) or with PCM sampling rates higher than 96kHz. The amp isn’t so impressive -- it’s rated at just 30mW into a 32-ohm load -- but miniDSP’s website suggests, with admirable honesty, that it’s enough for earphones and most portable headphones. And if your headphones are rated at 100dB/1mW sensitivity, which is pretty typical, then 30mW will get you a sound-pressure level somewhere around 115dB, which should be more than enough for anybody.

The IL-DSP includes three cables: two Micro-USB-to-USB-C cables, one measuring 10" (15cm) and the other 28" (70cm), plus one 10" Micro-USB-to-USB Type-A. That’s fine for laptops and Android phones and tablets; iPhone and iPad users will have to find themselves another DAC-amp. 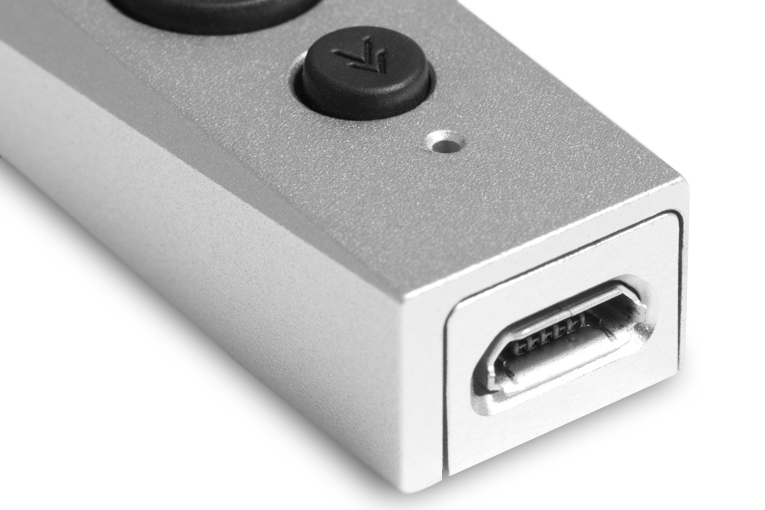 The IL-DSP hardware is mostly easy to use. It has volume up/down buttons, and a middle button that turns the DSP on and off when held down, and also performs play/pause and track-skip functions when the IL-DSP is connected to an Android device. There’s also an integral microphone, which will let you take phone calls even if your earphones or headphones aren’t equipped with an internal microphone. I did encounter one problem with the hardware: when holding the multifunction button down to switch the DSP on and off with the IL-DSP connected to a computer, I found that the music sometimes paused but wouldn’t restart unless I disconnected and reconnected the device.

The IL-DSP software can be a little complicated to set up -- you need to download a ZIP file full of software, find the app that suits your device (PC or Mac), and install it, and if you’re on Windows, install a USB driver. It’s not the most intuitive installation process I’ve encountered, but I muddled through.

The control interface for the EQ is terrific. Just click a button to connect the software to the IL-DSP, then start configuring your filters. If you understand how a parametric EQ works, you’ll have no problem. If you don’t, read up before you go blindly messing around. With up to 16dB of boost and cut per band, this is an exceptionally powerful EQ, enough to get practically any headphones sounding pretty good or dreadfully bad. If you’re very technically proficient, you can even enter biquad DSP codes manually, which will allow more extreme curves than the provided interface offers. 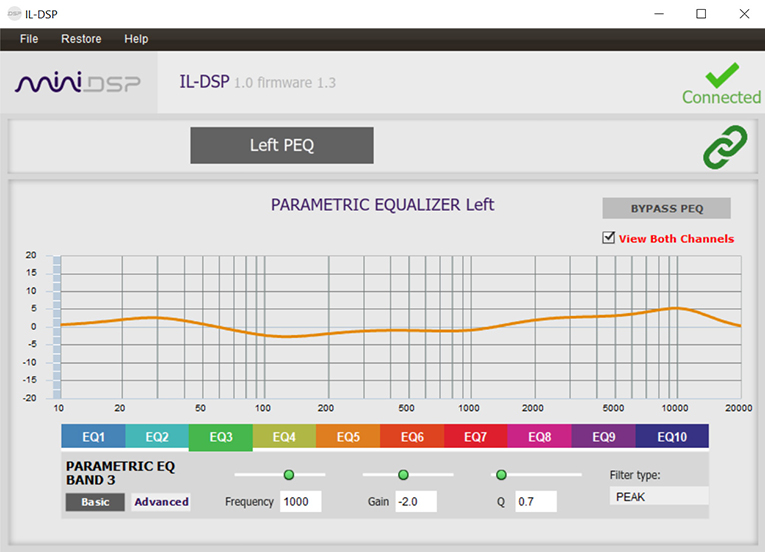 However, unlike some of miniDSP’s other products, the IL-DSP doesn’t let you do EQ presets. Thus, you’ll have to readjust it every time you change to different headphones or earphones. It does let you adjust right and left channels differently, which you might want to do if your hearing is substantially different in one ear vs. the other (although your brain may have already adapted to that condition).

Just so we’re clear, the IL-DSP is not the amp you want if you have low-sensitivity headphones such as the HiFiMan HE6es or high-impedance models such as the Sennheiser HD 600s. If that’s what you need to drive, get an amp with at least about eight times the IL-DSP’s power (like the Periodic Audio Nickel) and use whatever EQ app you can find for your source device. In fact, the IL-DSP was just powerful enough to drive the AKG K371 headphones, which aren’t particularly hard to drive, so if your headphones or earphones are even remotely hard to drive, this ain’t the amp for you.

I don’t get too hung up on the sonic character of solid-state headphone amps; they sound similar enough that I find it a little silly to praise one while slagging a similar model. What I wanted to find out is what the IL-DSP’s powerful parametric EQ can do for you. And by you I mean someone who I assume has no measurement capability -- not even miniDSP’s $199 EARS test fixture. (If you do have an EARS, you’ve probably already got an IL-DSP, so go back to the top of the article and click on the link for the measurements, because everything I’ll say below will just confirm what you already know.)

Of course, you could tune the IL-DSP’s filters by listening, but unless you have the skill to accurately identify the frequency and bandwidth of sonic anomalies by ear, you could probably do a better job, and stand less risk of messing up the sound, with something like a six-band graphic EQ, which your source device already offers.

When I thought, “How would I use the IL-DSP if I didn’t have measurement gear?” I thought my best course of action would be to look at measurements that compare the headphones or earphones I’m trying to EQ with some known reference -- either the Harman curve or an established standard such as the Sony MDR-7506 or Sennheiser HD 650 headphones.

I started by seeing if I could, without the luxury of measurement gear, make the JVC HA-FW01 earphones sound like Harman curve earphones. I looked at the chart from my measurements of the HA-FW01s to see how they compare with the AKG N5005s (the earphones that currently best reflect the Harman curve), and made some notes about where to boost and cut, and by how much -- a little boost in the low bass, some cut in the upper bass, and a little more oomph in the upper mids and highs. Although it’s hard to know exactly what center frequency will give you the results you want, or what Q will give you the right bandwidth for each filter, the display in the IL-DSP’s EQ app shows you what the curve looks like so you can at least make educated guesses. Still, doing it like this is a challenge because the EQ bands may overlap in ways that are hard to predict.

I expected to hear slightly tighter and better-defined bass, as well as extra presence in the upper mids, with a little more vocal clarity at the possible expense of a less-rich sound. And that’s kind of what I heard; the sound was definitely treblier, and the bass tighter, but the balance was a little thin, and too edgy on voices. To compare the result with Harman curve headphones, I pulled out the AKG K371s, which are said to be within 1dB of the Harman curve. The K371s sounded more balanced, so I used them as a reference for tweaking the IL-DSP, and messed around with the EQ settings until I got the HA-FW01s sounding pretty close to the K371s. The biggest advantage was that the JVCs now had that neutral, clean, non-bloated bass that’s characteristic of the best Harman curve headphones and earphones. While the tonality was about as neutral and balanced as that of the K371s, the treble wasn’t quite as smooth; with more tweaking, I might have been able to improve the sound further, but I was pretty happy. 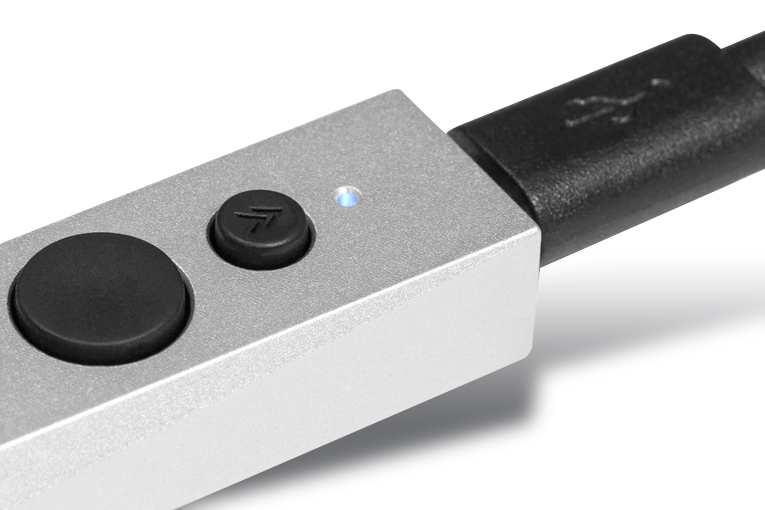 Of course, that means you’ll need measurements of both of those headphones, preferably done on the same equipment. We have many such measurements here on SoundStage! Solo, and you may find them on a few other sites, too. There’s also the option of e-mailing your friendly neighborhood headphone measurement guy (i.e., me); I have measurements of hundreds of headphones and earphones and might be able to send you the chart you need. (You’ll have to figure out the filter settings yourself, though.)

I’m not aware of a direct competitor to the IL-DSP. If you want to do something similar but for whatever reason -- such as wanting a stronger amp or wanting to use an iOS device -- you don’t dig the IL-DSP, you could use a third-party app for EQ. That could be a freebie included on your source device or downloaded through Google Play or the Apple App Store, or it could be something fancier such as Sonarworks True-Fi. You could pair that with a beefier DAC-amplifier, such as the AudioQuest Cobalt, and have a nice rig that could power a big set of audiophile-grade cans. 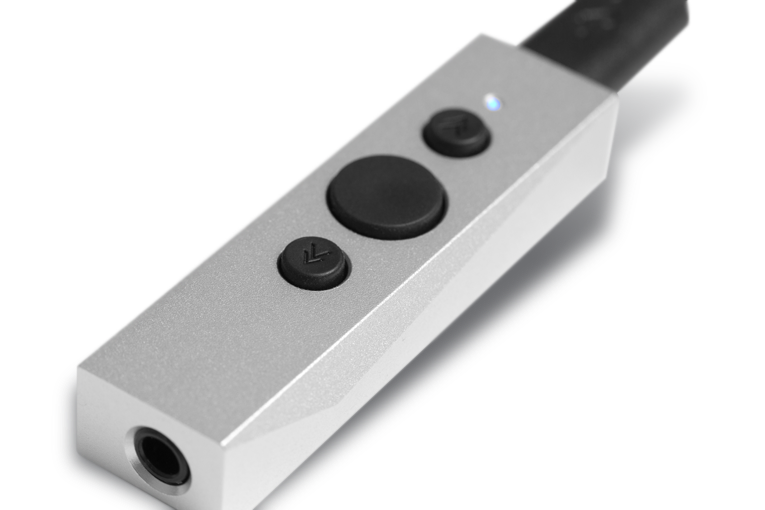 However, the amp in the IL-DSP is not a powerful creation. It’s ample for typical earphones and headphones, but ill-suited for use with the more demanding models that audio enthusiasts typically use.

All things considered, if you have the right headphones or earphones and plenty of patience, the IL-DSP is a very affordable and effective way to get better sound on the go.