The idea that low-sensitivity headphones deliver some sort of sonic magic may have been inspired by HiFiMan’s HE-5 planar-magnetic headphones, a 2009 model with a rated sensitivity of only 87.5dB with a 1mW signal. That’s roughly 12dB less than a typical set of audiophile-grade headphones, which means the HE-5s required about 16 times as much amplifier power to reach a comparable volume. But in a decade-ago world where audiophile headphones were still somewhat rare, and planar-magnetic models rarer still, the HE-5s -- and their replacement, the original HE-6 headphones -- stood out sonically, and helped create demand for newer, more powerful headphone amps. 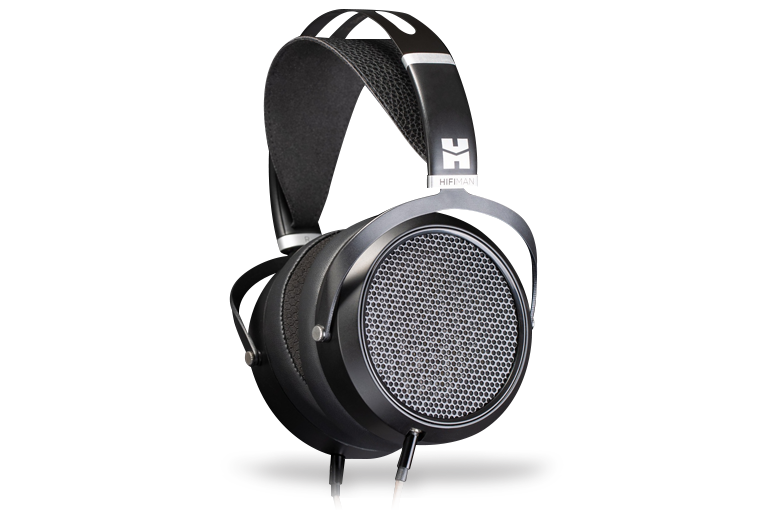 Most of HiFiMan’s headphones are now far more efficient, and can achieve decent quality even when connected straight into a smartphone, but the idea that lower efficiency delivers higher sound quality persists. That’s why HiFiMan launched the HE6ses ($1800), a new and substantially updated version of the HE-6es. As with the original HE-6es, rated sensitivity is 83.5dB, which inspired HiFiMan to recommend using an amp with rated output of at least 2W into the HE6ses’ 50-ohm rated impedance. That should get you to a peak listening volume of just under 120dB, which is plenty enough to get your ears ringing in short order. But before you get all secure in the idea that you’re going to get 120dB from your 2W amp, be sure to check our measurements -- because you might actually need more juice than you thought.

Like most HiFiMan headphones, the HE6ses come in a nice presentation box. Personally, I’d rather have a good travel case that would allow me to safely and conveniently lug the headphones along on trips -- but considering I’d also have to lug a very powerful headphone amp with me, I guess I’d probably bring different headphones. 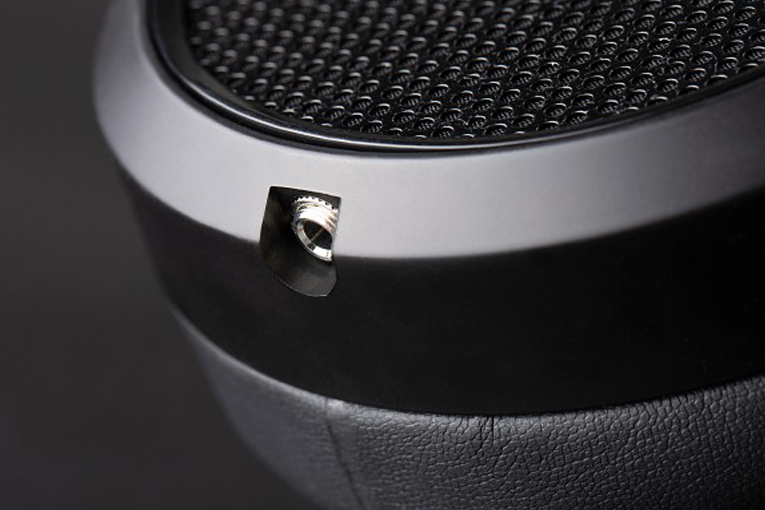 The box contains a cable tipped with a 6.5' (2m), four-pin XLR connector on the source end and 1/8" (3.5mm) plugs on the headphone ends. This cable is for use with balanced-output headphone amps. A four-pin XLR-to-1/4" plug adapter is included for use with conventional (unbalanced) headphone output jacks. Because the 3.5mm jacks in the earpieces are so common, it should be easy to find aftermarket cables with whatever connector you need on the source end, and HiFiMan offers several, too.

While most of HiFiMan’s top headphones have shifted to oblong, roughly ear-shaped earpieces, the HE6ses use the round earpieces that the company started with and still uses in its budget models. Personally, I prefer the round ones, because while both are big enough to accommodate my somewhat oversized earlobes, the oblong earpieces are so large that fit can become a problem for people with smaller heads -- sometimes they can’t get a good seal at the bottom because the earpads extend beyond their jawline. We recently complained about the difficulty of getting a good fit with HiFiMan’s Ananda headphones, in part because their headband doesn’t allow the earpieces to swivel, but we had no problem getting a good fit with the HE6ses even though they use the same headband. I and my listening panelists all found the HE6ses quite comfortable, with a fairly light weight and a firm but not excessive clamping force.

By design, the sensitivity of the HE6ses is so low that most portable devices and even most standalone headphone amps can’t drive them. I got realistic dynamics and volume only when I used my Audio-gd NFB1-AMP (rated power 8W at 40 ohms), so I stuck with the Audio-gd for almost all of my listening and for our panel tests. The beefy iFi xCAN portable amp, used at full volume, gave me just barely enough output for comfortable listening, while the Astell&Kern Kann portable player fell a couple of dB short of that.

So did the HE6ses’ ultra-low efficiency deliver sonic magic? I have no idea, because I can’t separate whatever effect the efficiency might have had on the sound from the effects of the various tuning decisions HiFiMan made when designing this model. I can attest, though, that I did hear something pretty special.

For example, in the performance of “Mysteries of the Macabre,” from Gyorgy Ligeti Edition, Vol.4 (320kbps Ogg Vorbis, Sony Classical), by the Philharmonia Orchestra and the King’s Singers with Esa-Pekka Salonen conducting, my listening notes summed up my impression well: “Clear and neutral and deep and spacious and exciting and detailed. Really great.” I’ve heard a lot of HiFiMan headphones, and am familiar with the sense of space their planar-magnetic models produce, but still, this was something special. I loved the way the headphones conjured up a realistic sense of being at a classical performance in a good concert hall.

But my notes also said, “A little louder and it would feel close to live.” And this was with the Audio-gd NFB1-AMP turned up all the way. Granted, this piece of music isn’t mastered with the high average-to-peak ratio common to pop and even most jazz recordings, but still, it shows the demand that the HE6ses place on an amp. 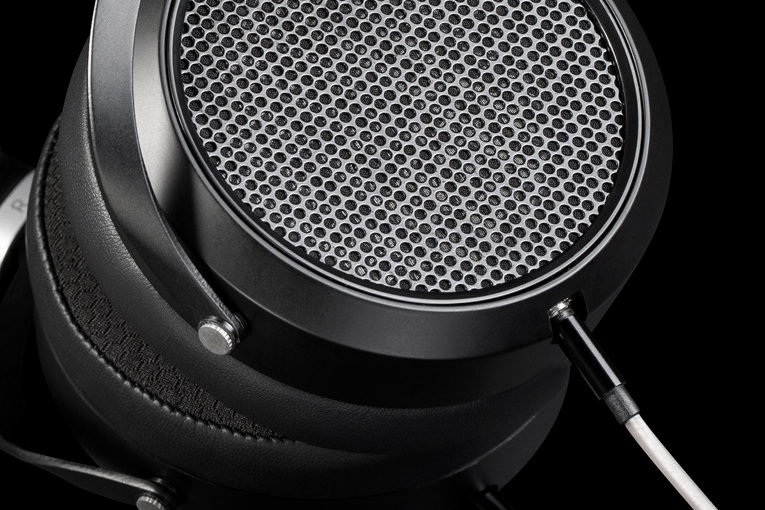 I got a similarly compelling sense of space when I played singer/songwriter Melissa Menago’s “Smoke Signs,” from Little Crimes (24-bit/96kHz AIFF, Chesky). I’d been swapping among several sets of headphones that day, including the ones I’ve reviewed in the last couple of months plus a few others, and of all of them, the HE6ses gave me the most realistic sense of space on this recording, which was made using Chesky’s Binaural+ technique. I loved the way the HE6ses delivered a natural-sounding blend of diffusion and focus -- just as you’d experience in a real concert hall. It was easy to hear Menago’s voice, along with the acoustic guitars and cajon, echoing off the surfaces of the recording venue.

The sound on “Smoke Signs” was just a hair bright, but the treble response didn’t sound harsh or edgy -- just slightly elevated. Some people won’t like that (and as we’ll see, one of my panelists really didn’t), but that’s the way I think most of the people buying high-end open-back headphones like it. This sound, on recordings like this, is exactly what high-end headphones are generally expected to deliver. For a second or two, the HE6ses actually triggered my reflex to want to look around so I could see all the performers, until I remembered I was listening to headphones.

What do the HE6ses do with “normal” recordings like pop, R&B, and rock? It depends on how the recording was mastered. A great case in point is R.E.M.’s “Driver 8” (from Fables of the Reconstruction, Capitol), which, for so-called “alternative rock,” is a pretty punchy tune. When I listened to the original version from the CD (which I ripped as a 16-bit/44.1kHz WAV file), the volume was just loud enough but the system seemed maxed out, like it was running out of volume. Snare hits, for example, sounded thin and didn’t have much impact. But when I switched to the remastered 320kbps Ogg Vorbis version on Spotify, the louder mastering level (and, probably, a little extra dynamic range compression) allowed the system to deliver a more full-bodied, powerful sound. 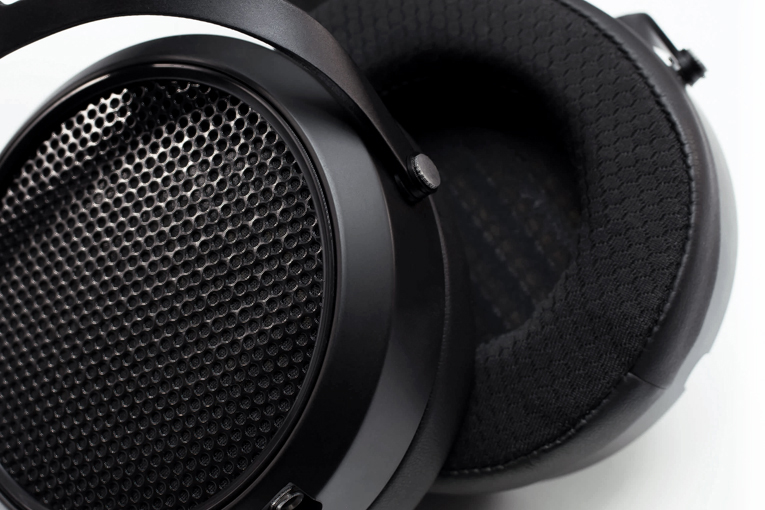 That comment about the snare is important, because when the HE6ses get enough power and the tune is mastered to modern standards, percussion is one of their greatest strengths. I noticed this on Los Angeles jazz drummer Paul Kreibich’s Thank You Elvin (16/44.1 WAV, Blujazz Productions), a live recording made at the legendary Lighthouse Cafe in Hermosa Beach, California. The HE6ses delivered extraordinary clarity with Kreibich’s toms, cymbals, and snare, and the drums had a natural sense of ambience that made it clear the group was playing in a midsize jazz club. The ride cymbal sounded just a bit ringy due to the headphones’ slightly elevated treble, but not to the point where it bothered me -- it just sounded like Kreibich had switched to a brighter-sounding drumstick.

That little extra treble tilted the tonal balance enough that the bass on Thank You Elvin didn’t sound particularly powerful, but it wasn’t hard to hear, and the balance didn’t sound thin. It did sound a little thin on many rock and R&B recordings, though. When I played the Replacements’ “Hold My Life,” from For Sale: Live at Maxwell’s 1986 (320kbps Ogg Vorbis, Rhino/Spotify), I found myself going through the Spotify app trying to remember how to turn the bass up.

I also took the chance to play the HE6ses for our usual listening panelists: John Higgins, who holds a masters in music performance from USC and has served as a frequent contributor to Wirecutter and Sound & Vision, and LeRena Major, a Los Angeles saxophonist who’s held several positions in the music business and is a voting member of the National Academy of Recording Arts & Sciences.

This test showed just how polarizing a set of audiophile headphones can be. The HE6ses’ not-very-bassy sound didn’t resonate at all with LeRena, who’s more of a pop and rock fan. “The sound seemed distant and kind of muted to me,” she said. “I found it hard to hear all the instruments in the tunes I listened to.” Note, though, that this comparison also included the Audeze LCD2 Closed-Backs, which have a much fuller sound than the HE6ses, and were thus more to her liking.

John’s not a huge fan of treble-heavy/bass-light headphones, but he got where the HE6ses are coming from. “Overall, the sound is very clear and crisp,” he said. “The mids and highs are somewhat forward and there’s not much bass. It’s good, but it’s a little too trebly for me.” 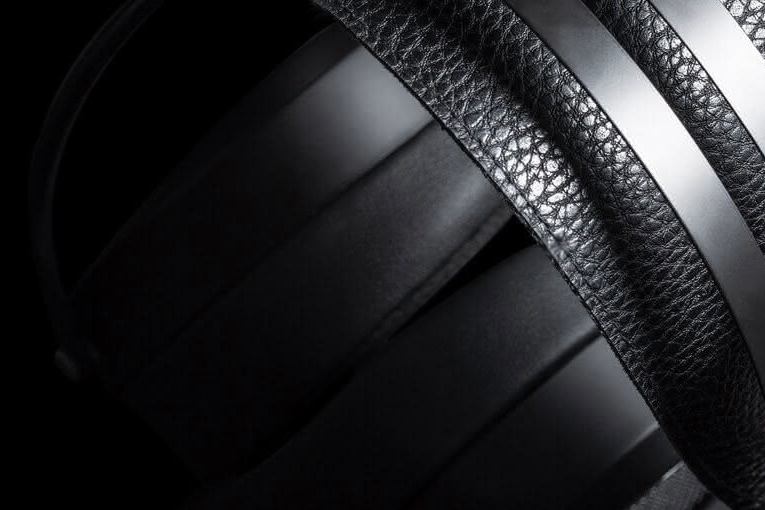 In comparison, the Audeze LCD-X headphones (now $1199, originally $1699) sound almost like polar opposites of the HE6ses. The LCD-Xes have some of the fullest, most kick-ass sound I’ve heard from planar-magnetic headphones, but they can’t match the sense of space that the HE6ses deliver. The LCD2 Closed-Backs, though, got a lot closer to the HE6ses’ spaciousness while keeping the full sound of the LCD-Xes.

When I compared the HE6ses to HiFiMan’s HE1000 V2s ($2999), it was tough to pick a favorite. The HE1000 V2s are much easier to drive and have a fuller, more natural tonal balance. But I thought the HE6ses delivered a better sense of space, and their treble response sounded smoother and more natural; the HE1000 V2s seemed to add a mild emphasis in the lower treble that made Frank Sinatra’s voice on “Wives and Lovers,” from It Might As Well Be Swing (16/44.1 WAV, Capitol), sound a little edgy.

With the HE6ses, I find myself in the uncomfortable position of having to say, “If you like these kinds of headphones, you’ll like these headphones.” I think in terms of midrange and treble clarity, and spaciousness, the HE6ses approach the incredible performance of the HiFiMan Susvaras ($6000). But they don’t quite deliver what I’d consider a realistic level of bass, and only a very powerful headphone amp can get the best sound from them. Fortunately, there are a lot more such amps coming onto the market now. So if you really want that humongous sense of space and treble detail that audiophile headphones promise, and you’re willing to put some thought and money into finding an amp, you should hear these.