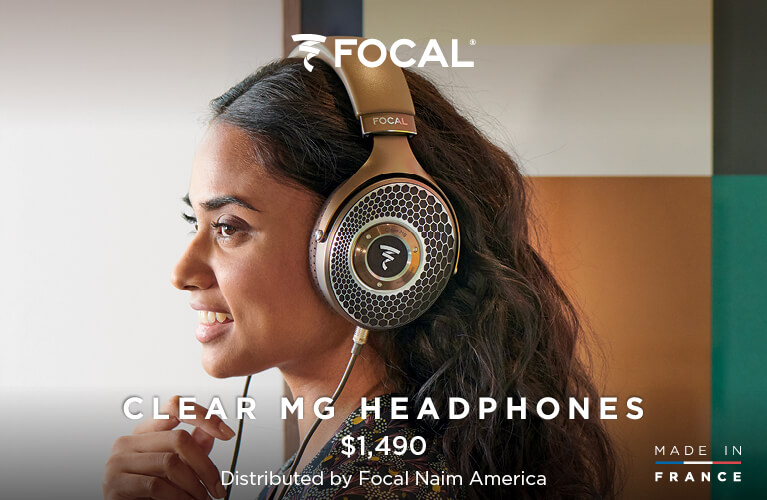 Can Accuracy in Music Reproduction Exist?

My column last month, “The Biggest Lie in Audio,” sparked lots of commentary, but it also raised questions that are tough to answer. While most of the people commenting on the article here and elsewhere found it to be a welcome relief from what some have called the “faith based” approach of many audio publications, some weren’t so complimentary. A few derided science-oriented, “objectivist” writers as “narrow-minded” because they criticize audio products that don’t conform to generally accepted performance standards. Some insist that there’s no such thing as “accuracy” (they always put that word in quotes) in music reproduction, so audio writers have no basis on which to criticize outlier products.

These statements raise an important question that everyone involved in audio -- from enthusiasts to reviewers to engineers to scientists -- must consider: can accuracy in music reproduction exist? 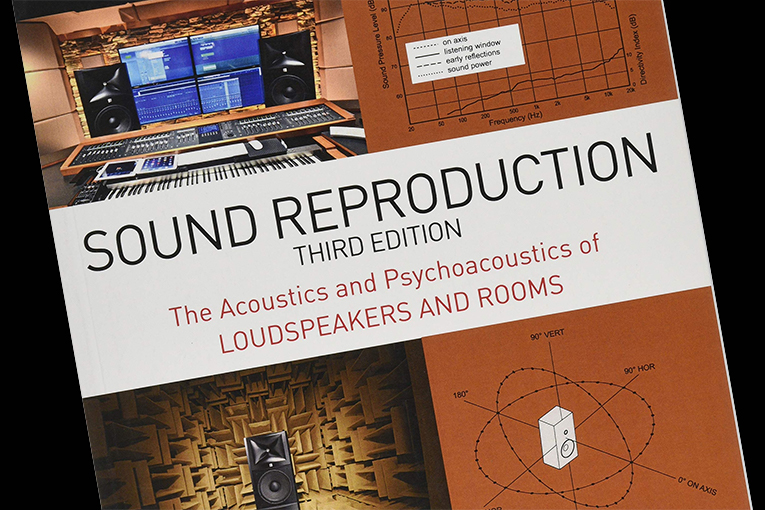 I’ve seen criticism of the notion of accuracy in audio reproduction from a wide range of people, including everyone from esteemed scientists to reviewers who don’t know Ohm’s Law from Boston Legal. As famed audio researcher Floyd Toole explains in his book Sound Reproduction, the lack of standards in the recording and consumer audio industries creates a “circle of confusion” that makes it nearly impossible for a listener to know how a recording is supposed to sound.

The circle of confusion starts in the recording studio, where recordings are made using microphones, EQ, and effects that are evaluated using monitor speakers, which are evaluated by using . . . recordings.

The circle continues in the homes of enthusiasts and reviewers, who evaluate audio components using recordings made in studios that the listener probably hasn’t visited, using equipment whose identity is usually unknown, and with which the listener is probably unfamiliar. And of course, the acoustical environment of the listener’s home is likely to be considerably different from that of the studio where the mixing and EQ decisions for the recording in question were made.

(On a side note, I once consulted on the design and voicing of recording monitors. When I suggested making the frequency response flat, the product manager replied, with some hesitation, “I understand that . . . but we want our customers’ mixes to sound awesome.”)

Although Toole doesn’t mention it in this section of the book, headphones create yet another circle of confusion, because the usual goal of headphone design is to get them to sound as close as possible to . . . good speakers in a good room. And of course, those speakers were determined to be “good” through the use of . . . recordings. 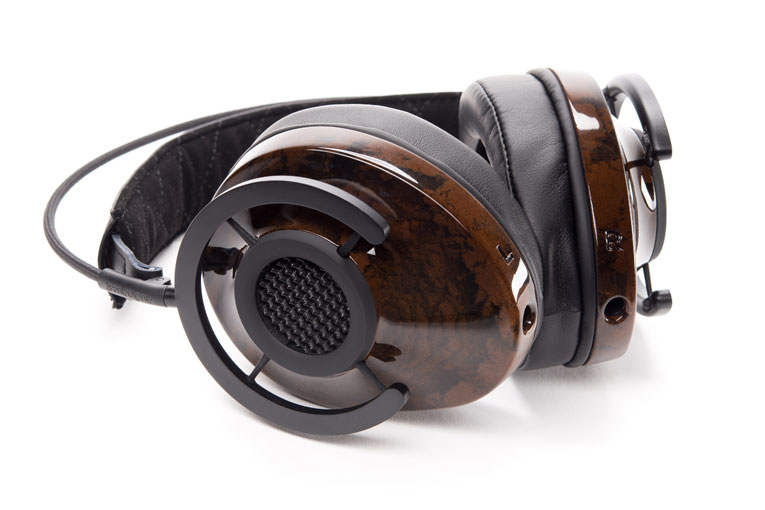 Adding more confusion is the focus of most audio research on listener preference rather than on accuracy. That’s an understandable approach, because manufacturers want to design products people will like. But as I found when I compared live sound to recorded sound during my review of AudioQuest’s idiosyncratic NightHawk headphones, the sound that most listeners prefer isn’t necessarily the closest reproduction of a live performance.

So there’s plenty of uncertainty about what constitutes “accurate” music reproduction. The problem is that this confusion can be exploited.

Before we consider that, though, it’s important to consider that while accuracy is an uncertain concept in audio, there is clearly such a thing as inaccuracy. For example, say you took a ten-band (one octave) equalizer and boosted the 20-to-40Hz band by 12dB, cut the 40-to-80Hz band by 12dB, and continued this boost/cut pattern right up the audioband. No matter what recording you play, or what musical instruments or test tones you use as a reference, this would sound unnatural, and would not be what the artist or the recording engineer wanted you to hear. We can say with certainty that this sound reproduction is inaccurate. 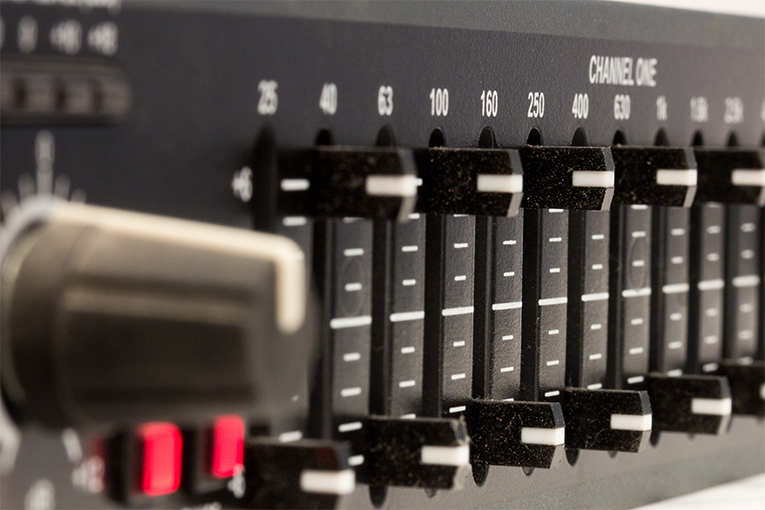 Beyond extreme examples such as this one, our certainty diminishes, and the opportunities to be led astray in our choices of audio gear multiply.

Let’s say you have headphones with a midrange that’s down by 10dB relative to the bass and treble -- a phenomenon easy to find in headphones and speakers, including some high-end models. This response is going to make the music sound different from what the artist and recording engineer heard in the studio, and it’s going to make recordings of voices and acoustic instruments sound unnatural.

But the designer can excuse this flaw simply by saying, “We don’t know for sure what’s ‘accurate’ [always in quotes!], and this response sounds good to me.” A subjective reviewer, listening on their own without input from others, might go along with this assessment, interpreting the dip as a “liquid midrange” or whatever.

I don’t think criticizing this approach is “narrow-minded.” This idea that “We don’t really know what’s ‘accurate,’ so whatever an audio product designer wants to do is OK because that’s their personal vision” reminds me of the way my friend and fellow reviewer Dennis Burger once characterized the statements of would-be medical experts on the Internet: “Science isn’t perfect, so homeopathy works.”

We’ll probably never achieve complete accuracy in audio reproduction. Speakers and headphones can’t mimic the widely different radiating characteristics of real instruments, nor can headphones or a listening room precisely duplicate the acoustics of the original studio or venue.

We can, however, say that some audio products provide more accurate reproduction than others do. A headphone amp with flat frequency response and 1-ohm output impedance will more faithfully replicate what the artist and recording engineer heard in the studio than will a headphone amp with a 300-ohm output impedance and -3dB rolloff at 20Hz and 20kHz. Headphones that conform reasonably closely to the Harman curve will get you closer to the artists’ and engineers’ intent than will, say, the original Beats headphones, which had colossally boosted bass.

If a designer wants to deviate from accepted norms of audio performance, I think the potential buyer for that designer’s product deserves more explanation than “I think it sounds better this way.” To that designer, I say, “Show me your credentials.” And by that, I mean not just years of experience in audio product design, but years of experience with music. I want some assurance that the designer knows what real -- as well as electrical and electronic -- instruments sound like.

Then I’d like to know how much time they’ve spent listening to products that do conform to industry norms. And would it really be too much to ask for them to provide a hearing test taken in the last five years?

Or to put it more simply: if you want us to respect your taste and your “vision,” give us reasons why we should. Because while accuracy remains an elusive concept in audio, most listeners can tell when you’re getting close. And some aren’t afraid to call you out when you’re way off.

Brent Butterworth 25 days ago The New Standard That Killed the Loudness War
@Soundstagenew2021 Saying the loudness war is over doesn't mean no one's going to create highly compressed ...