Noise Canceling Is Much More Complicated Than We Thought

After writing in-depth about noise canceling for several years, I thought I knew most of what there was to know about it. But at this week’s 2019 Audio Engineering Society International Conference on Headphone Technology in San Francisco, I saw two presentations that changed my thinking about noise-canceling technology in headphones -- and proposed ways to improve the technology and our methods of evaluating it.

The first presentation was by Jan Reimes of telecom measurement equipment maker Head Acoustics, titled “Evaluation of Predicted Listening Effort for Active Noise Canceling Headsets.” He focused on the concept of “listening effort” -- i.e., how difficult it is to understand speech under noisy conditions. In a listening effort test, subjects listen to speech through a device and rank their listening effort on a 1-to-5 scale. A ranking of 1 means they can’t understand the speech at all, and a ranking of 5 means that understanding the speech requires no effort at all. 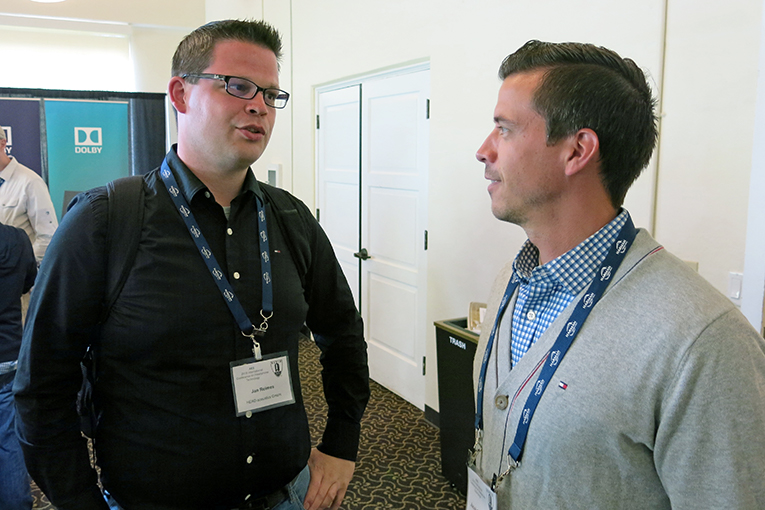 Reimes’s presentation revealed some test results that shocked me. His tests compared listening effort in noise-canceling headphones, with NC on and off, and with the headphones’ “talk through” mode activated, which uses the headphones’ integral microphones to route outside sounds to your ears. The research tested the results with two levels of noise: 64dB (to simulate the environment inside a train) and 80dB (to simulate the environment in a jet airliner). Tests were conducted with speech coming through the headphones (as it would if you were on a phone call), external speech (someone trying to talk with you), and speech from a speaker outside the headphones (simulating public address system announcements).

As you can see, the talk-through modes aren’t always as effective for carrying speech as we might expect. In two cases above, both showing the results when listeners tried to hear outside speech, the lowest listening effort results from using the noise canceling rather than the talk-through feature. Yet manufacturers have promoted (and reviewers have written about) talk-through as if its benefits were assumed, and for the most part haven’t looked very hard at how well these systems actually work.

This may not seem like something that audio enthusiasts should worry about, but as we see more and more headphones incorporating noise canceling, and more headphones serving in part as assisted listening devices, we’ll need to consider the function of these features more carefully. In my later discussion with Reimes, he talked of a near future where headphones have systems that combine high-quality sound, highly effective noise canceling, and the ability to hear conversations as easily as if you weren’t wearing headphones.

The second presentation, titled “Objective Measurements of Headphone Active Noise Cancelation Performance,” was by Chris Struck, chief scientist and CEO of CJS Labs, standards director for the Acoustical Society of America, and co-chair of this conference. Struck went through the existing standards for measuring noise canceling, then detailed some additions he is proposing for the next update of the IEC 60628-7 headphone measurement standard. 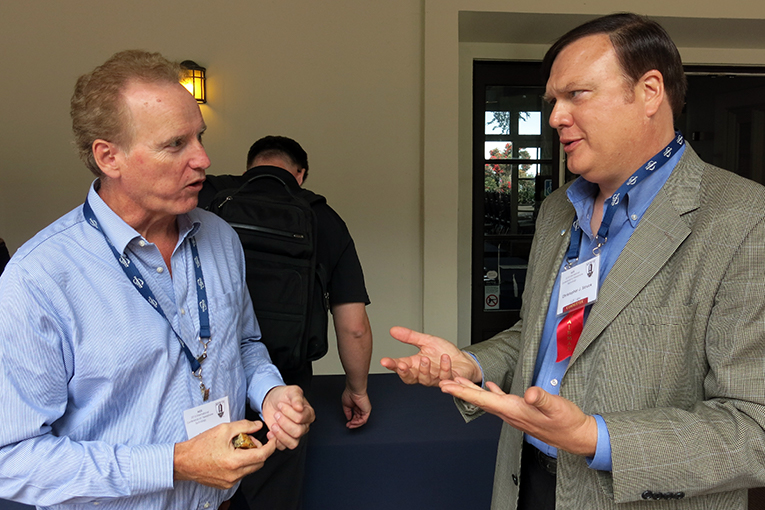 It’s standard now to show isolation measurements with headphones’ noise canceling on and off, as I do in my measurements here on SoundStage! Solo. But I had one of those embarrassing “Why didn’t I think of that?” moments when he showed a chart where he’d subtracted the passive (NC off) response from the active (NC on) response, which showed exactly the contribution of the NC circuitry, minus the contribution of the physical isolation provided by the headphones. 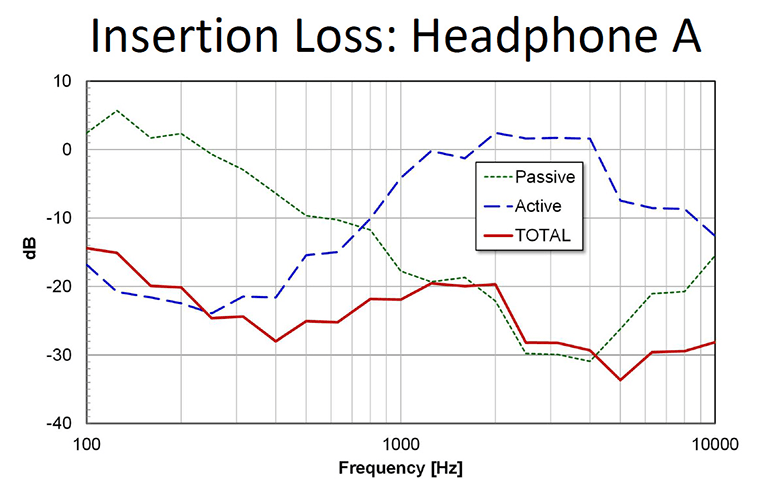 I’m not sure how much this matters to headphone listeners; all most people would care about is the total isolation. However, it gave me an idea for how I might do more tests exploring the “eardrum suck” phenomenon. Using this technique, I should be able to see precisely the slope of the filter used to keep the noise-canceling circuitry from feeding back -- and with some listening tests, I might be able to figure out how steep the filter slope has to be to induce eardrum suck in typical listeners.

The other new measurement Struck discussed -- which he admitted was still experimental in nature, because he hasn’t yet had time to explore it in depth -- is a way to see how noise-canceling systems respond over time. For this measurement, he looked at the waveform of the noise leakage through a couple of noise-canceling headphones, playing 2.5-second noise bursts through an eight-speaker system surrounding the test setup. Each burst was followed by 2.5 seconds of silence. 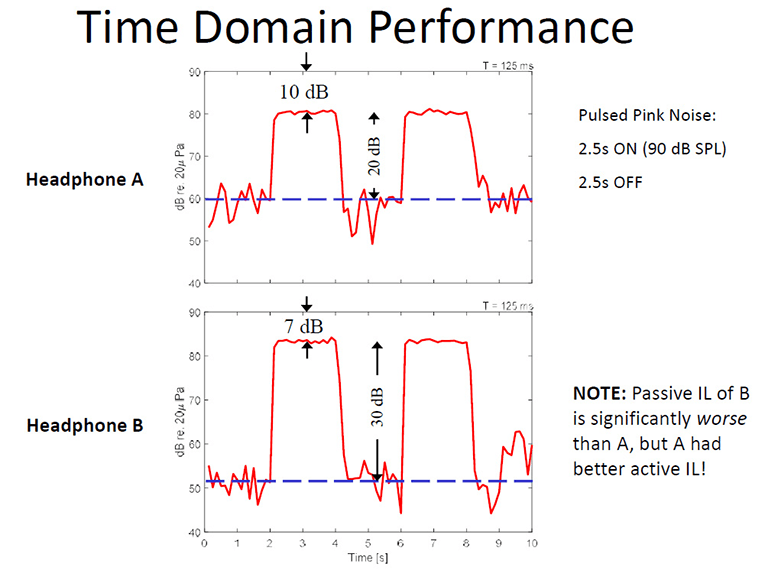 As Struck pointed out, headphone A’s active noise-canceling system measured better with steady-state signals, in the frequency domain, but headphone B sounded better with NC on because it had less effect on the music playing through the headphones. Struck made the point that noise-canceling headphones should be tested using perceptual metrics to ensure that the NC system has no detrimental effects on the music -- something we test only subjectively at present.

I had to leave the conference early to get some product testing done, so I’ve already had a chance to start experimenting with this test. All I can say is that I’m intrigued, and I have much more experimenting to do. It appears there’s a lot more to noise canceling than I thought, even after eight years of measuring it.