I finally checked out this new “You Tube” thing that my friends tell me their grandkids are watching for 16 hours a day. You know what’s weird about it? It looks like everyone on Earth is now a headphone reviewer! Why they’d want to do that, I can’t figure, but what I am pretty sure about is that every headphone reviewer has already reviewed the Sivga P-II planar-magnetic headphones. So by that logic, I would appear to be the last person on Earth to hear these. But even this late in the game, I think I still might have something to offer, because it doesn’t look like these handsome headphones have ever been treated to a full set of measurements with gen-u-wine laboratory-grade test gear. In fact, if you don’t want to read the opinions of the last person on Earth to weigh in on these ’phones, hit the link right above this paragraph to check out the measurements.

Anyway, these are a set of planar-magnetic headphones from a Chinese brand that’s apparently all the rage on audio forums that I rarely read, which I guess is why I’m the last person to review these. Lesson learned. 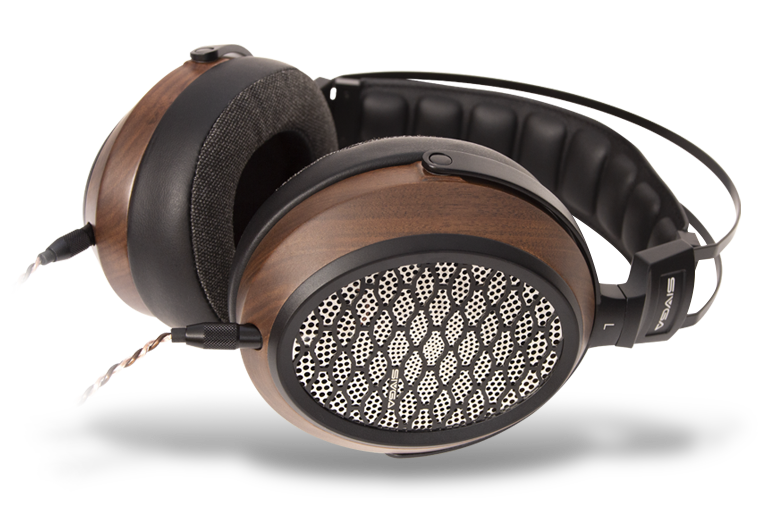 Every time I review affordable planar-magnetics, someone jumps into the comments section to tell me they’re actually made by blah-blah, and they’re a clone of headphone X, or headphone X is a clone of them, or whatever. Not having spent much time recently hanging out in Chinese headphone factories (or any time ever hanging out in Chinese headphone factories, for that matter), it’s hard for me to know who really makes what, or how the products might be altered through cosmetic and tuning changes. But if you know something about these that I don’t, let us know in the comments section.

What I can say is that you’d have a hard time finding a more refined-looking and beautifully finished set of cans, which is especially impressive given the $399 price (all prices USD). I especially loved the curvy, ergonomic shape of the earpads, which conform to that kind of hollowed-out area behind your ears that hurts when you press on it. This should allow them to seal better without resorting to uncomfortable clamping force or huge, pillowy earpads. The part of the earpads that contacts the face is made from what Sivga calls “velvet fabric,” but it’s not the gross, itchy velvet that gives you prickly heat—it feels more like just some ordinary sort of fabric. 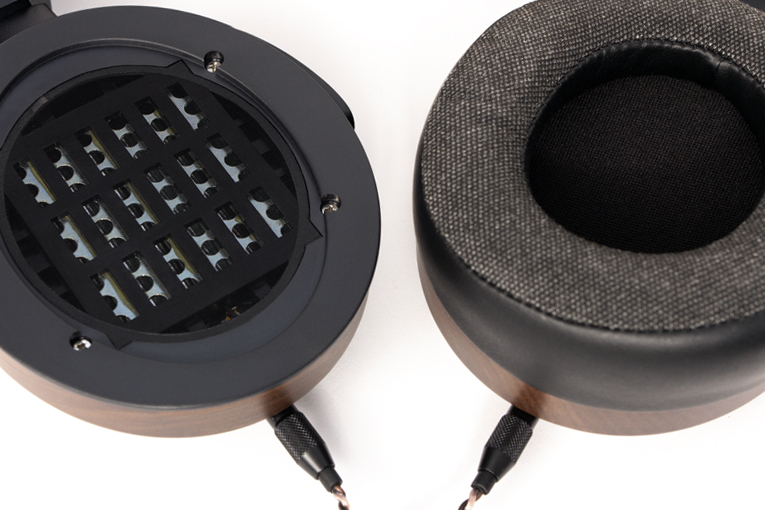 Impedance is rated at 32 ohms, and rated sensitivity is 98dB with 1mW of power, so most portable devices should have no problem driving these, although they might not get cranking quite as loud as you’d like if you’re listening to conservatively mastered material without much dynamic-range compression. We’ll see . . .

The package includes the headphones in a semi-hardshell, molded traveling case. The included cable is tipped in a 4.4mm Pentaconn connector on the source end and a 2.5mm mono connector going into each earpiece. A 6.75″ (17.2cm) Pentaconn-to-stereo-3.5mm (1/8″) adapter is also included. 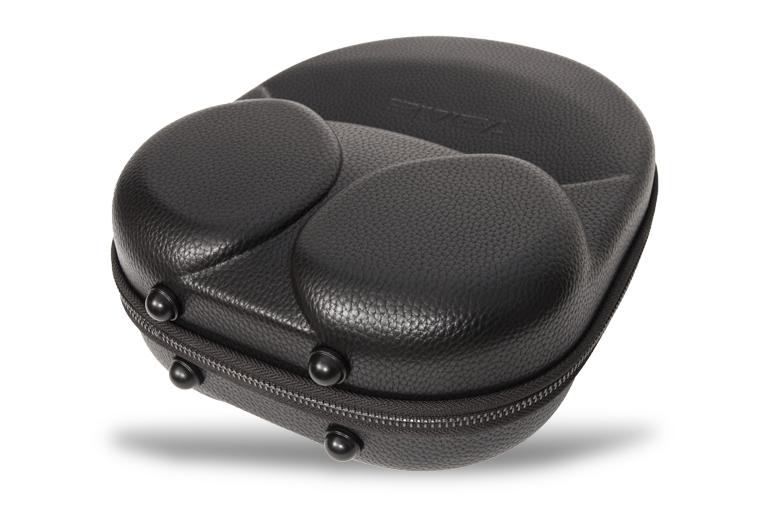 Not much to complain about with these—the clamping force felt slightly tight to me, although I got used to it pretty quickly, and it’s a metal headband so I could bend it slightly and carefully by hand to fine-tune the fit. While they’re not light, they’re not super-heavy for audiophile-style planar-magnetic headphones.

I can’t say they really got cranking when I plugged them into my Samsung Galaxy S10 phone, but they generally played plenty loud enough for me to enjoy listening to them. On some older, more conservatively mastered recordings, like “Radio Free Europe” from the original release of R.E.M.’s Murmur (320kbps Ogg Vorbis, Universal/Spotify), I did want about 2 or 3dB more volume—although I could easily get that by switching to the later remastered version.

Fresh off their obligatory ten-hour break-in, the P-IIs sounded really good on first listen. On the remastered “Radio Free Europe,” they had a balanced sound with a lot of drive in the bass and punch reproducing the kick drum. Voices sounded clear and mostly uncolored, and I heard a fairly big soundstage—as expected for open-back planar-magnetics. The one coloration I noticed was what sounded like a little peak or two in the mid-treble, I guessed somewhere between 3 and 5kHz. It didn’t make the headphones sound bright in the slightest—I didn’t get fatigued at all when I cranked the level up—it merely gave them a subtle extra zing. It did make the sound a smidge less natural overall, but weirdly, it didn’t seem to have a major effect on the vocals, guitars, or snare—it was just a little extra treble in a spot or two. 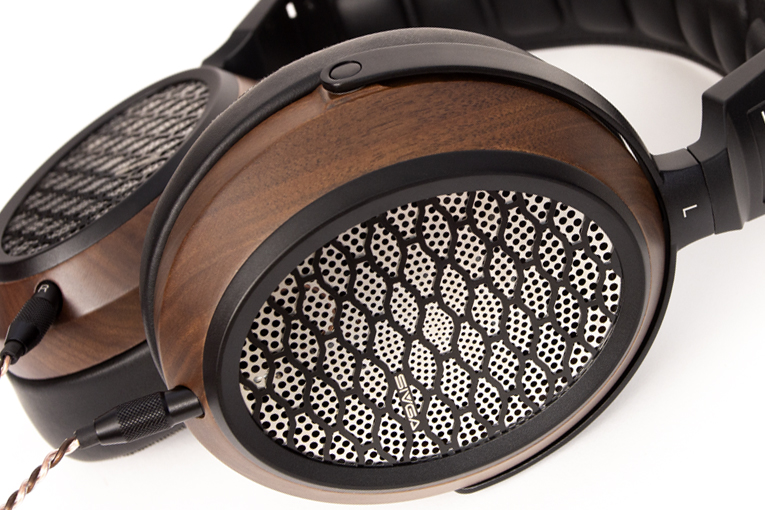 Seeking a mix officially authenticated by a veteran objectivist audio critic (me) as being “something pretty close to normal” yet also “awesome,” I put on Boz Scaggs’s “Lido Shuffle” (Silk Degrees, 16-bit/44.1kHz FLAC, Columbia-Legacy/Qobuz), a straightforward ’70s pop production with backing tracks by future members of Toto and horn parts courtesy of the best session players Los Angeles had to offer. I was looking for that little treble peak, but I had a hard time finding it. Vocals? Smooth. Horns? Powerful and clear. Drums? Ah, there it was, but only in the hi-hat. That gave the hi-hat just a subtle extra emphasis, and made me eager to measure these and find out where that peak was (or if my ears were fooling me).

I wondered what a much less complex mix might sound like with the P-IIs, so I put on the Ray Brown Trio’s Live From New York to Tokyo (16/44.1 FLAC, Concord Jazz / Qobuz). On my favorite cut, the trio’s pedal-to-the-metal version of “The Days of Wine and Roses,” I loved what the P-IIs had to offer. Gene Harris’s piano seemed to “light up” all the reverberance of the performance space without relying on the gimmickry of emphasizing a particular part of the audio range. Brown’s fantastic, melodic, expressive solo sounded exceptionally clear—and honestly, pretty much perfect, with no trace of boom and no unnatural emphasis of finger noise. Yep, the cymbals did seem just slightly emphasized in the mid-treble, but it was barely noticeable. It was kind of a “Goldilocks” sound—not too bright, not too boomy, not too anything, really, just very nice to listen to, even for a long time and even at a fairly loud level (which in the case of this relatively quiet material definitely requires the use of an external amp). 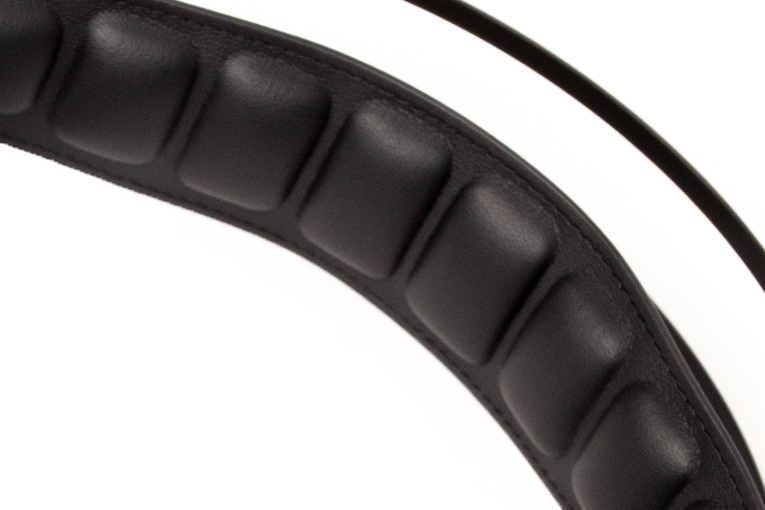 Wanting to push that little treble zip for all it was worth, I put on “II. Scherzo: Vivacissimo” from Prokofiev’s Violin Concerto No. 1 in D Major, Op. 19, performed by violinist Hilary Hahn with the Orchestre Philharmonique de Radio France, Mikko Franck conducting (Paris, 24/48 FLAC, Deutsche Grammophon / Qobuz). This exuberant piece stresses the highest frequency range of the violin with almost impossibly fast runs, shrieks that sound like they’re borrowed from the Psycho soundtrack, and a weird, almost wah-wah-like effect that Hahn somehow conjures with nothing but her left hand and her bow. The whole presentation sounded great, but my effort to push my ears to the limit with that treble boost failed—I could notice it only very fleetingly in a couple of violin passages, and not at all in the string section, the woodwinds, or the percussion.

To put it simply, I just really enjoyed listening to these headphones. I can’t say I was ever dazzled in any way by their sound quality, but so often, headphones that dazzle my ears do so because they’re emphasizing some part of the audio range in an unnatural way that I find fatiguing after a while. Good stuff, especially for $400. 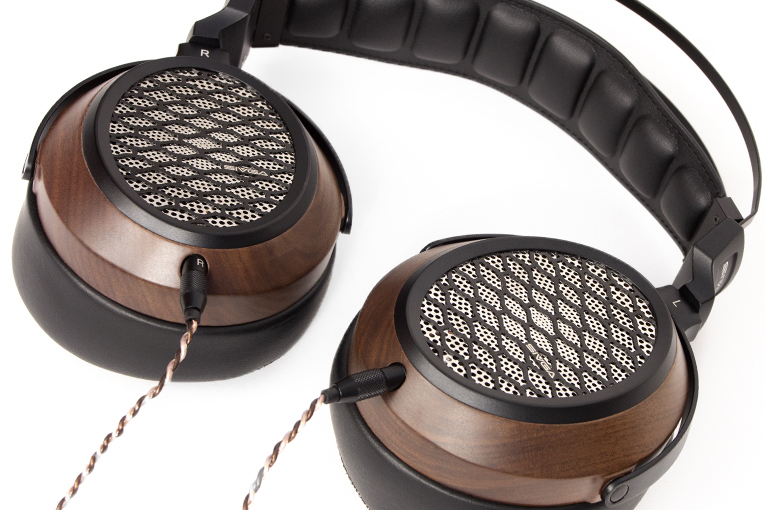 I compared the P-IIs with three other under-$500 planar-magnetic headphones I had on hand: the Andover Audio PM-50s (originally $500, now $199), the Emotiva Airmotiv GR1s ($299), and the HiFiMan Sundaras ($349). All of these are good headphones, and I was surprised to hear how similar they all sounded.

When I listened to “Another Life Goes By” by blues/rock guitarist/vocalist Christone “Kingfish” Ingram (662, 16/44.1 FLAC, Alligator/Qobuz), I found it easy to like the sound no matter which set of headphones I was listening to—all of them had a pretty reasonable balance of bass to mids to treble. But there were differences. To me, the P-IIs probably sounded the most neutral overall. The Emotiva GR1s sounded a bit “smilier”—i.e., I heard a couple of dB more bass, and the lower or middle treble seemed very slightly elevated, which made Ingram’s voice sound a little drier. The Andover PM-50s were a little softer sounding, almost like the P-IIs, but I thought the P-IIs had a bit better treble clarity. The HiFiMan Sundaras were a little treblier than the rest, but only by a decibel or two, and this seemed to give them a slightly bigger sense of spaciousness.

I’d say overall, the P-IIs are the ones I’d most want to listen to long term, but other listeners’ opinions may well differ.

The Sivga P-IIs are probably as good a set of open-back headphones as you’re going to find for $400. Any sonic colorations they have are subtle and minimal, and unlike many open-back audiophile-oriented headphones, they have a natural (i.e., not too trebly) tonal balance that’s both realistic and a pleasure to listen to for a long time. And in a pinch, you can easily get by without having to carry around a separate amp.