Closed-back audiophile headphones became something of a big deal in the last year, with lots of new releases in this somewhat neglected category. Does this reflect a desire to block banal chit-chat in open-plan offices? An urge to keep Starbucks’ innocuous playlists from mixing with Miles? I don’t know, but I do know the Audeze LCD2 Closed-Back headphones ($899 USD) are the latest example of this trend. The original LCD-2s ($995) and most other Audeze headphones are open-back designs, which produce a spacious sound but do almost nothing to block the sound from your environment. The LCD2 Closed-Backs have big, semi-spherical rear shells that keep outside noise from interfering with your music and your mental well-being.

Other than the rear shells, with their striking white stripes forming an “A” shape (minus the horizontal crossbar), few cues distinguish the LCD2 Closed-Backs from most of Audeze’s other high-end models. Like other Audezes, the Closed-Backs employ planar-magnetic drivers, each using a thin film with a wire voice coil applied to its face, suspended between magnetically charged stators. They use the same type of cables and headband design as Audeze’s other high-end models. 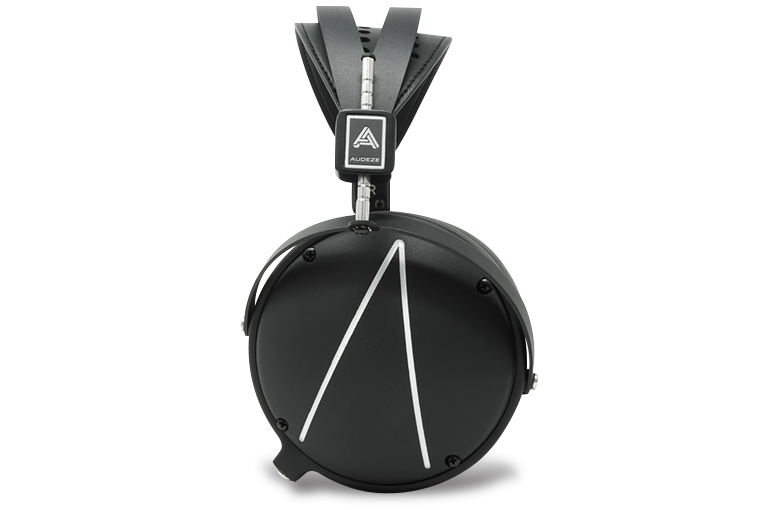 Coming in at half the price of the LCD-XC closed-back headphones, and $96 less than the LCD-2s, the LCD2 Closed-Backs seem like they’d be quite a deal. Let’s find out.

The LCD2 Closed-Backs don’t include much: just the headphones and a 6.2' (1.9m) set of cables ending in a 1/4" TRS plug. The optional travel case will run you $130, and the optional balanced cables, with a four-pin XLR connector replacing the TRS plug, cost $149.

The LCD2 Closed-Backs certainly won’t spoil Audeze’s reputation for bulky, somewhat heavy over-ear models; in fact, they stick out so much they remind me of the ginormous headphones common in the 1970s. Although the weight is fairly well-distributed and the earpieces are as plushly padded as a La-Z-Boy recliner, listening panelist John Higgins -- who in his line of work has to wear headphones for hours at a time -- worried that the weight would make it hard to keep his neck straight after a while. My other listening panelist, LeRena Major, prefaced her first comment with, “Other than the weight . . .” 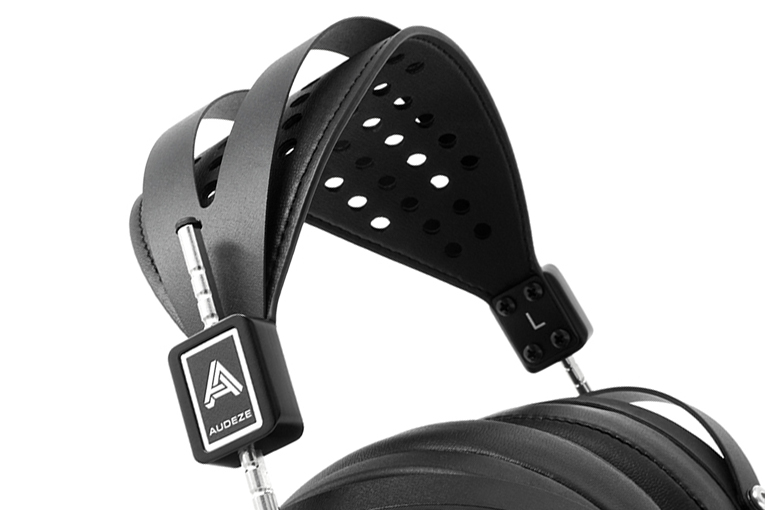 I did most of my listening to the LCD2 Closed-Backs using my Audio-gd NFB1-AMP headphone amp, but just for kicks, I tried plugging them straight into my Samsung Galaxy S9 phone using a 1/8"-to-1/4" adapter. To my surprise, the combination worked pretty well playing Tracy Chapman’s “Fast Car” (from Tracy Chapman, 16-bit/44.1WAV, Elektra). The volume was just loud enough to achieve a reasonable, if modest, listening level with most music, and using the phone’s feeble internal headphone amp didn’t seem to skew the tonal balance. You’d get about 4dB more volume using an Apple Lightning dongle with your iPhone to drive the LCD2 Closed-Backs, by the way.

With audiophile headphones -- any headphones, really -- there are always ups and downs, things you like and don’t like, and tunes that sound good and tunes that don’t. With the LCD2 Closed-Backs, there were a few isolated downsides here and there, but in general the sound was great. The tonal balance sounded mostly flat, with perhaps a decibel or two of extra bass (that isn’t much), and maybe just a little extra emphasis (again, a dB or two) in the lower treble around 3kHz. Or to sum it up in a few adjectives: dynamic, detailed, fun, full, and slightly chilly.

When I put on “Ain’t That a Kick in the Head” from Holly Cole’s Holly album (16/44.1 WAV, Universal Music Canada), it was obvious that the Closed-Backs are well-balanced headphones. The relative levels of the bass, mids, and treble sounded just right, and I loved that the Closed-Backs gave me satisfying fullness on the double bass that never covered up the string noise and plucking subtleties. There was also a huge and enveloping sense of space; apparently, not much was sacrificed when Audeze put those white-striped backs on. 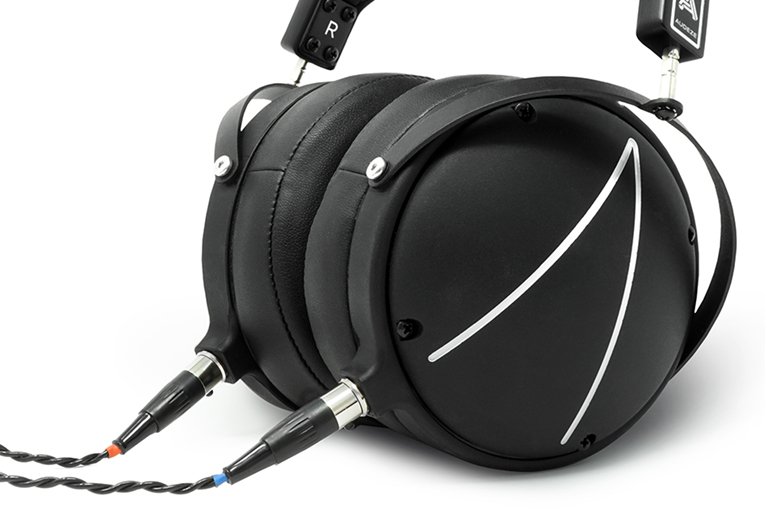 A lot of audiophile headphones sound pretty wretched on indie rock records, because a lot of those records aren’t well-recorded and the arrangements are often loose and cluttered, and playing them through high-quality gear often pushes the flaws right up to the front of the stage, so to speak. That’s why I played “Red Berry Joy Town” from The Eight Legged Groove Machine (16/44.1 WAV, Polydor), the thrashy 1988 debut by the awesome but mostly overlooked English band The Wonder Stuff. Out of the big pile of headphones I was listening to that afternoon, ranging in price from $299 to $1799, the LCD2 Closed-Backs got this tune the most right. The sound was full, kick-ass, and effortless; even at loud volume, the headphones sounded like they weren’t even slightly stressed (something I later confirmed in the measurements). The “chunk” of the rhythm guitar had a realistic impact, just as it does when you’re playing an actual guitar plugged into an actual amp. The Audezes seemed more focused than the other models because the vocals and instruments sounded clearer and more precisely imaged. I did hear a little bit of an upper-midrange push, which made the vocals sound subtly emphasized, but I wouldn’t have toned that down by more than a decibel. I’d say it’s the best I ever heard this tune sound, and I’ve been listening to it since 1989 when I bought the cassette.

But the LCD2 Closed-Backs aren’t just kick-ass, exciting headphones. They sound terrific on subtler material, too -- such as Ligeti’s eccentric “Mysteries of the Macabre,” performed by the Philharmonia Orchestra and the King’s Singers, with Esa-Pekka Salonen conducting (from Gyorgy Ligeti Edition Vol. 4, Sony Classical). The lead soprano voice and the supporting voices sounded especially clear, and her loudest and highest notes echoed energetically around the performance space; heard through the LCD2 Closed-Backs, she really, as they say, “lit up the hall.” Her voice sounded a little on the full side for a soprano, but I enjoyed that. And never having heard her live, and not having a perfect acoustic memory, I can’t say whether the sound was right or wrong, but it was definitely pleasing. I did hear that slight extra emphasis in the lower treble, which made some of the myriad percussion instruments in this piece sound a bit bright and emphasized, but overall, the sound on this crazy piece of music was just wonderful. 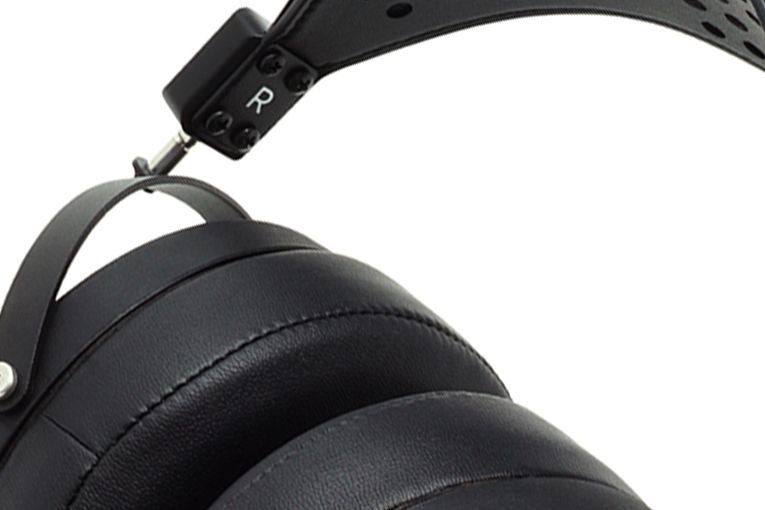 So what’s with the “chilly” comment several paragraphs ago? I heard a bit of what I called “dryness,” and what panelist John Higgins referred to as “a tendency to sound somewhat analytical” in the Closed-Backs’ sound. I have a hard time describing exactly what that means, because they don’t sound trebly and they don’t lack ambience. But they aren’t what I think anyone would call “warm sounding” headphones. Maybe it’s just that they don’t have much identifiable character. If you have a chance to try (or buy) these headphones, I’d love it if you’d post your impressions in the comments section and tell us whether you think we’re on target or way off target.

To get a different perspective on the LCD2 Closed-Backs, I called in my usual listening panelists: John Higgins, who holds a masters in music performance from USC and has served as a frequent contributor to Wirecutter and Sound & Vision, and LeRena Major, a Los Angeles saxophonist who’s held several positions in the music business and is a voting member of the National Academy of Recording Arts & Sciences.

John’s comments on the Audezes were almost the same as mine. He appreciated the LCD2 Closed-Backs’ full, dynamic sound, and liked that they didn’t shy away from pumping out deep, strong bass. He did, however, comment that the bass was “right on the edge for me,” meaning if there were another dB or two of it there’d be too much. Like me, he thought the Closed-Backs sounded a little bit analytical. LeRena, though, wanted a little more bass -- but just a dB or two more. Whom you agree with is a matter of personal taste, but the fact that some of us wanted just a bit less and some wanted just a bit more suggests the Closed-Backs’ bass balance is about right. 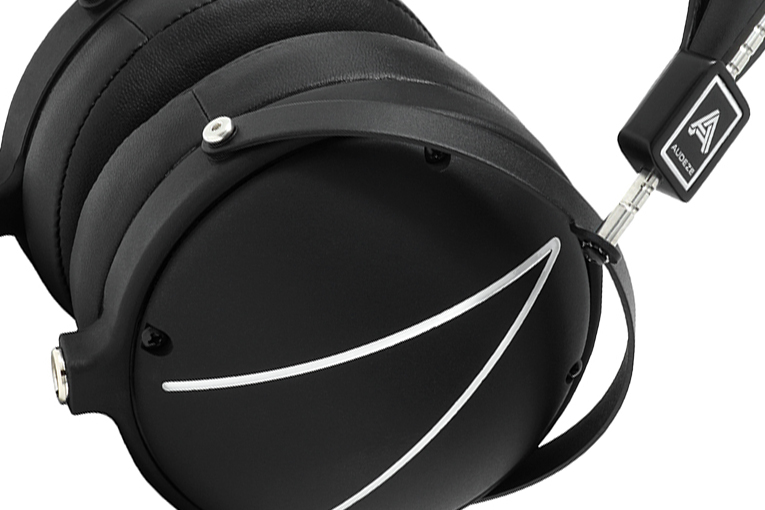 I suppose there are a few things we can nit-pick about the LCD2 Closed-Backs’ sound, but by and large, we really liked the sound of these headphones, and I think most listeners will agree. They have a full, natural tonality, lots of detail, and a gorgeous, enveloping sense of space.

But they are heavy and bulky. Whether they fit your needs is, of course, up to you -- but if you’re using your headphones to isolate you from the annoying chatter of an open office, rest assured that if you wear the LCD2 Closed-Backs, everyone will realize you’re listening and don’t want to be bothered.