About six years ago, it seemed every speaker company wanted to get into the headphone business. Then about two years after that, it seemed every speaker company wanted out of the headphone business. But a few -- most notably Bowers & Wilkins, Focal, and PSB -- proved they could prosper in both worlds. Curiously, although all three offer high-end speakers, Focal is the only one that also offers truly high-end headphones, with open-back models priced as high as $4000. The new Elegias ($899 USD) are the company’s first high-end closed-back model, similar in look and feel to the open-back Clear headphones ($1500) I reviewed earlier this year. 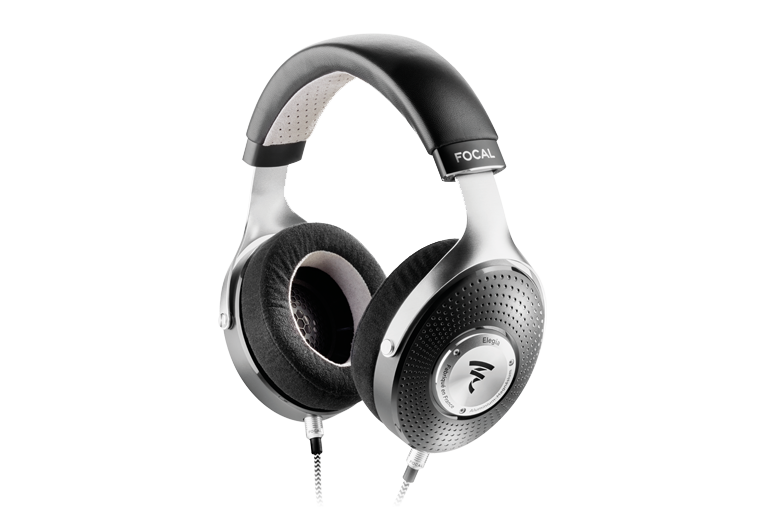 Much of the pitch for the Elegias is the same as the pitch for the Clears. Both use a 40mm aluminum-magnesium driver with an M-shaped profile, chosen because it gives a larger emissive surface. As in a standard speaker driver, the Elegias’ driver is attached to its frame with a compliant, half-roll surround instead of just using the edges of the diaphragm as the surround, as most headphone drivers do.

The press release stresses the importance of the venting of the driver, front and back. Apparently, one vent travels through the baffle, from the enclosure behind the driver to your ear. The other one vents out the back, through a screen behind the cut-out Focal logo on each earpiece. While most closed-back headphones have one or two tiny (maybe 1mm) vents somewhere in the back to equalize the pressure when you put the headphones on, this vent is much larger and appears to function as an acoustical tuning device. Does that technically make the Elegias a semi-open design? We’ll find out in the measurements. 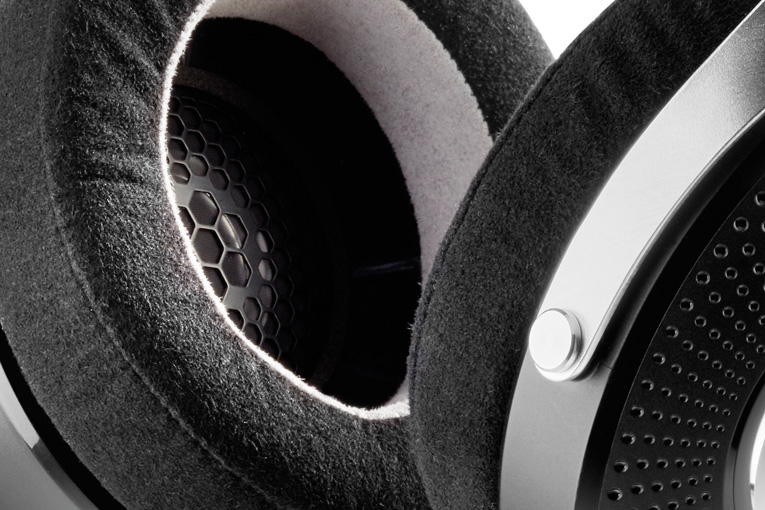 Otherwise, the Elegias have the same lush touches as their Focal stablemates. The headband is covered in leather and lined on the inside with perforated suede-like fabric. The earpads are covered in velour and lined on the inside with non-perfed suedette, instead of using the perfed suedette all around as the Clears’ earpads do. This means the Elegias’ pads are designed to give a modest amount of seal -- and, all other things being equal, more bass. The earpieces swivel up and down, and their aluminum yokes swivel front-to-back, allowing for an easy fit and a good seal.

Any thoughts I might have had about doing an exciting unboxing video for the Elegias were crushed when I opened the box to find only the headphones, a travel case, a manual, an 1/8"-to-1/4" (3.5mm-to-6.3mm) adapter, and a single 4' (1.2m) cable terminated in a 1/8" stereo plug on the source end and two 1/8" mono plugs on the earpiece end. But it’s a snazzy-looking cable, and the case is a beautiful, thermo-molded affair covered in dark gray fabric. If you want to do a balanced connection with the Elegias, an aftermarket balanced cable should be easy to find. 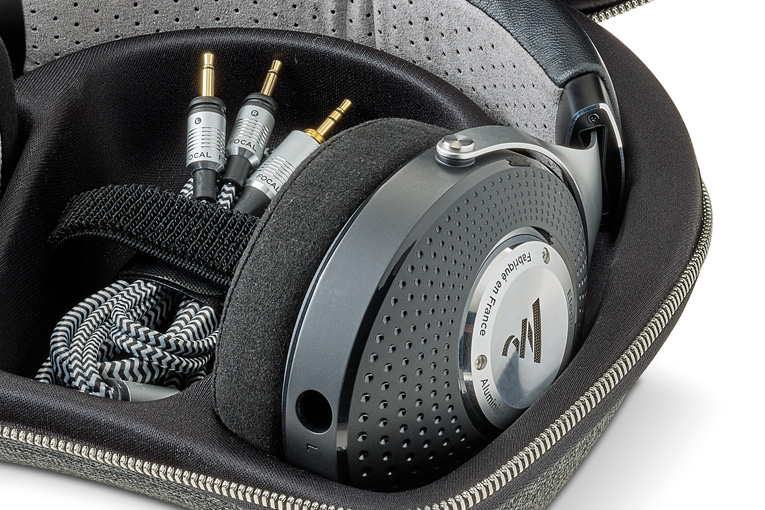 There’s not a whole lot to talk about in terms of the Elegias’ ergonomics. You pretty much just put them on and play them. At 14.6 ounces without the cables (versus 12.1 ounces for the Beyerdynamic Amiron Homes I happened to have sitting nearby), they’re not light, but they’re not troublingly heavy, either. The clamping force is firm yet moderate, although John Higgins, one of my listening panelists, thought it a little firmer than he prefers. The earpads feel nice on the skin (to me, anyway), and my rather large earlobes fit easily into the earpads with no rubbing.

The rated impedance is 35 ohms, and while the press materials I received didn’t specify the sensitivity, it’s obviously pretty high for a large set of audiophile headphones -- even driven from my Samsung Galaxy S9 smartphone, with conservatively mastered tunes such as Steely Dan’s “Aja” (from Aja, 256kbps MP3, MCA), the level got uncomfortably loud when I turned the volume all the way up.

It was clear from first listen what the priority was for the Elegias’ voicing: midrange clarity. Voices sounded exceptionally clear through these headphones, almost as if a couple of parts of the recording and reproduction chair were somehow eliminated. This voicing highlights vocals (and saxophones and pianos and electric guitars, too), but in doing so, it doesn’t thin out the vocals so much as just present them naked and clear. There’s no romance here, no added warmth -- it reminds me of the times I’ve heard vocal tracks soloed in a multitrack mix, with all the other instruments removed, or the times I’ve heard singers audition without accompaniment.

For example, in singer Charlie Puth’s recording of “I Won’t Tell a Soul” (from Some Type of Love EP, 16/44.1 FLAC, Atlantic), you can hear every single syllable Puth sings with seemingly perfect clarity -- and without the addition of any annoying sibilance or harshness. It’s smooth, but I wouldn’t say it’s warm or seductive. The bass reproduction on this track (and on many to come) was tight, without the boom and bloat so common to closed-back headphones, but there wasn’t a whole lot of it. I’ve heard this tune through several headphones, and it does seem to me there’s the intent on the part of the producer to have the deep bass propelling Puth’s vocal in this rather sparse mix, but in this case the bass is pushed to the back and Puth brought closer to the front of the stage, so to speak.

Diana Krall’s famous rendition of “East of the Sun” (from When I Look in Your Eyes, 16/44.1 FLAC, Verve) is almost a meta-vocal track, in that it seems to have inspired practically every female jazz vocalist I hear to do her own version. The Elegias brought Krall’s vocal forward in the mix, much as they did Puth’s. Again, they seemed to add no coloration -- none of the boom, or sibilance, or blaring quality I hear in so many headphones -- and Krall’s voice sounded almost like it would if she were singing to you in a quiet park, with nothing to add any resonance to her vocals. To me, it sounded like someone had gone to Krall’s P.A. mixer and turned the vocals up 4dB . . . and the bass down 3dB. The sound was big and spacious, as it was intended to be, but I wanted more bass oomph. In comparison, the NAD Viso HP50s ($249) -- a much less expensive model I use as a tonal reference for closed-back headphones -- delivered a lot more bass without muddying up the mix, even if they couldn’t match the Elegias’ detail and depth. 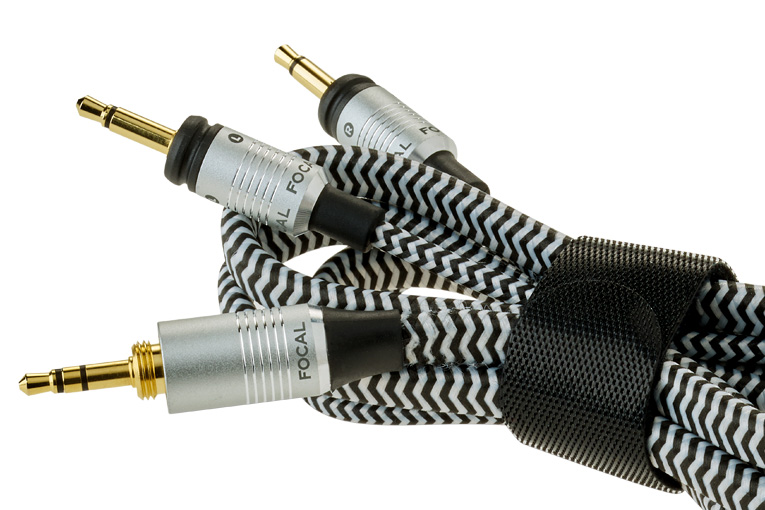 What about non-vocal recordings? It’s pretty much the same. Anything in the midrange is presented with great clarity, but the bass player gets pushed to the back of the stage. (I am a bass player, so I’ll confess I may be excessively sensitive to this slight.) For example, the Elegias reproduced the Hoff Ensemble’s Polarity -- An Acoustic Jazz Project (16/44.1 FLAC, 2L Records) with a huge sense of space, and they did a wonderful job of revealing the subtleties and definition in the snare drum hits, and in the reverberant decay of those snare drum hits. Of all the headphones I had on hand at the time of this review, the Elegias did the best job of revealing these details -- but the bass was to some extent drowned out by the piano.

I’ve been hearing Led Zeppelin’s “Custard Pie” (from Physical Graffiti, 256kbps MP3, Atlantic) since the year it came out, and it was a treat to hear Robert Plant’s vocals on this tune rendered with perhaps the greatest clarity I’ve experienced to date. Like a lot of Zeppelin’s recordings -- like many of the rock recordings of the mid-’70s, in fact -- this one’s not big on detail, clarity, or dynamics, and I always had a hard time picking out the distorted guitar part from the distorted clavinet part. But through the Elegias, it was easy. Is that because of the headphones’ exceptional clarity, or because the headphones toned down the bass and kick drum?

To get a different perspective on the Elegias, I brought in two outside listeners: John Higgins, who holds a masters in music performance from USC and has served as a frequent contributor to Wirecutter and Sound & Vision, and LeRena Major, a Los Angeles saxophonist who’s held several positions in the music business and is a voting member of the National Academy of Recording Arts and Sciences.

LeRena flipped over the Elegias -- she said she’d never heard the kind of vivid detail she was hearing, even in comparisons with the Audeze LCD-X open-back headphones ($1199) I had on hand. She thought the clarity in the midrange and treble was extraordinary, although she said she’d have liked a little more bass. 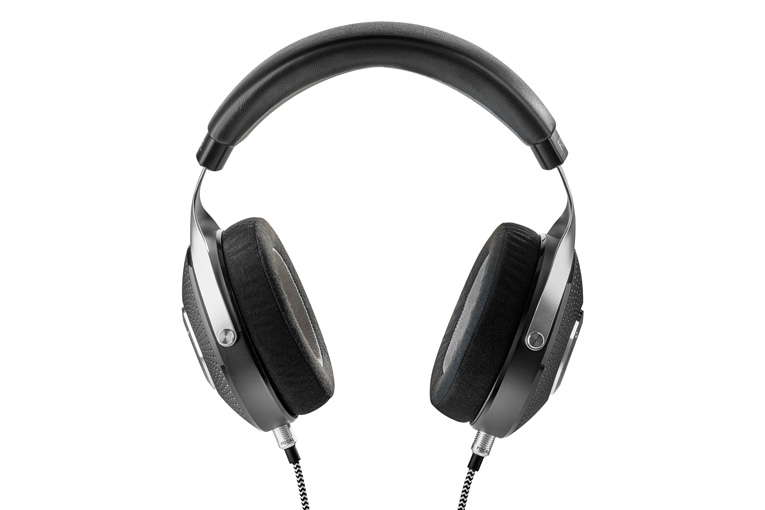 For John’s comparison, I was able to borrow a sample of the MrSpeakers Æon Flow closed-back headphones to shoot out against the Elegias. The Æon Flows cost $799, making them $100 less expensive than the Elegias, but I think it’s safe to say the Elegias possess considerably more than an extra $100 worth of fit and finish compared with the Æon Flows. After listening, John and I both described the sound the same way, although we came to different conclusions. We both felt the Elegias’ midrange was clearer and more detailed than the Æon Flows’ (which were fitted with MrSpeakers’ white felt filters with two holes), but we also agreed that the Elegias’ bass and treble response seemed softened in comparison. For me, this meant the Elegias were the leader, but John ended up preferring the Æon Flows.

There aren’t many closed-back headphones in the price range of the Elegias, so it’s hard to make comparisons. Potential competitors besides the Æon Flows include the Bowers & Wilkins P9 Signatures ($899.99), which I’ve heard and found somewhat recessed in the mids; and Audio-Technica’s ATH-W5000s ($1199.95), which I haven’t heard. So I can say with some degree of confidence that the Elegias are competitive within their rather narrow niche.

While I personally prefer open-back headphones for listening at home, if I worked in an office, or was around my family for more than a few weeks a year, I’m sure I’d feel differently. There is an understandable desire among many audiophiles to enjoy world-class sound quality without the intrusion of environmental noises, and the Elegia headphones are clearly one of the best ways to do that. They do have a mid-forward sound, though, so they’re best for listeners who focus on the sound of voices and . . . well, pretty much any instrument other than bass.