The Shure Aonic 5 earphones succeed the SE535s, which were released a decade ago. How things have changed since then! The mechanics and acoustics of passive earphones haven’t really changed at all, but the way earphones are tuned sure has. Ten years ago, every company seemed to have a signature sound, or perhaps multiple signature sounds, because there was little or no agreement on what earphones should sound like. But now, with the Harman curve, we have a reference that many in the industry are gravitating toward, and to which new models are often compared. When I saw the press release for the Aonic 5s, and noted how similar they seemed to Shure’s past designs, I had to wonder if they would be more like the SE535s, or if the science of the last decade had influenced the sound.

The Aonic 5s ($499, all prices USD) use the over-ear cable routing common to most Shure earphones. Each earpiece packs three balanced-armature drivers: two woofers combined in a single enclosure, and one tweeter. They come with three interchangeable filter tubes for each earpiece. The Balanced tube, which is installed at the factory, is said to have a neutral response, while the Warm tube has more bass and less treble, and the Bright tube has just the opposite. 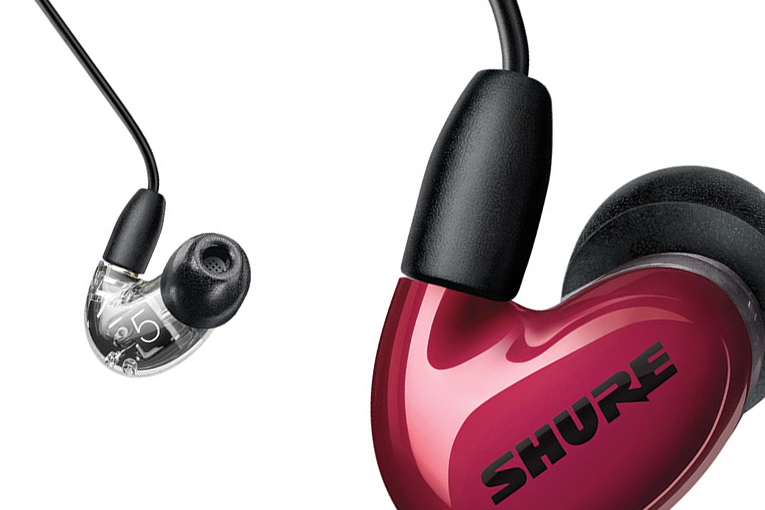 The supplied, detachable cable has an inline microphone/remote for making phone and videoconferencing calls. This is a rare feature in expensive, audiophile-oriented earphones -- and I can’t figure out why, because the microphone/remote doesn’t detract at all from the sound quality, and it adds a lot of convenience. For an extra $150, you can get behind-the-ear adapters that convert the Aonic 5s to true wireless earphones.

The Aonic 5s are rated at 36 ohms impedance, with rated sensitivity of 119dB/1mW, so they should be able to play extremely loud from any conceivable source device.

The Aonic 5s’ package is packed. It includes the earphones, which come with a 4' (1.2m) cable with a 1/8" (3.5mm) plug on the source end and MMCX connectors for the earphones. Replacement cables should be easy to find. There’s also a nice, hockey-puck-sized case, as well as a small, tube-shaped metal case that holds the different filter tubes, and is on a keyring with the tool required to change the tubes. A 1/8"-to-1/4" (6.3mm) adapter is included. 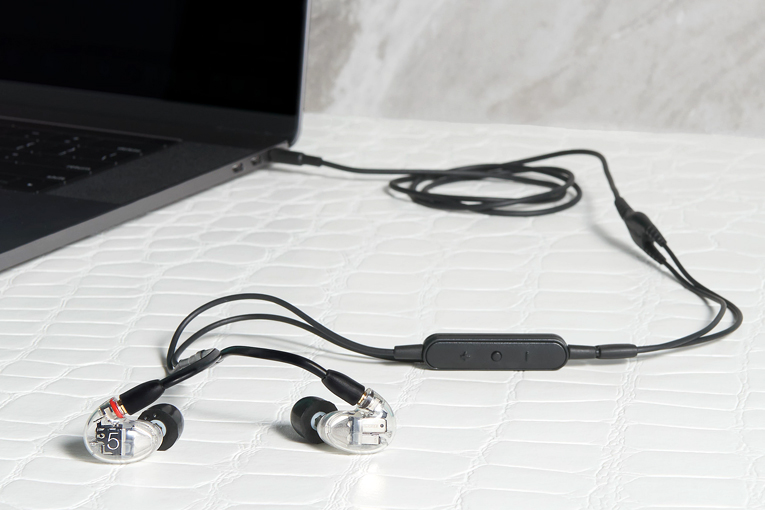 This is one of the rare cases where a set of earphones came with multiple sets of tips that fit my slightly oversized ear canals. I settled on the fattest of the generic foam tips, which gave me the best seal, even if they did feel a little too ear-filling. The Aonic 5s fit pretty well into my ears -- and the stiff but bendable cable ends helped in that respect -- and felt pretty secure as I moved around with them on. The cable’s not microphonic, but the inline microphone/remote is; I could hear it scratching across my shirt.

The difficulty of changing the filter tubes varies directly with your hand size. Mine are XXXL, so fiddling with the little tubes, the retainer nuts that hold them in place, and the tool used to remove and reinstall the nut, required careful attention. Fortunately, it’s likely you’ll find one set of filter tubes you like and stick with those. 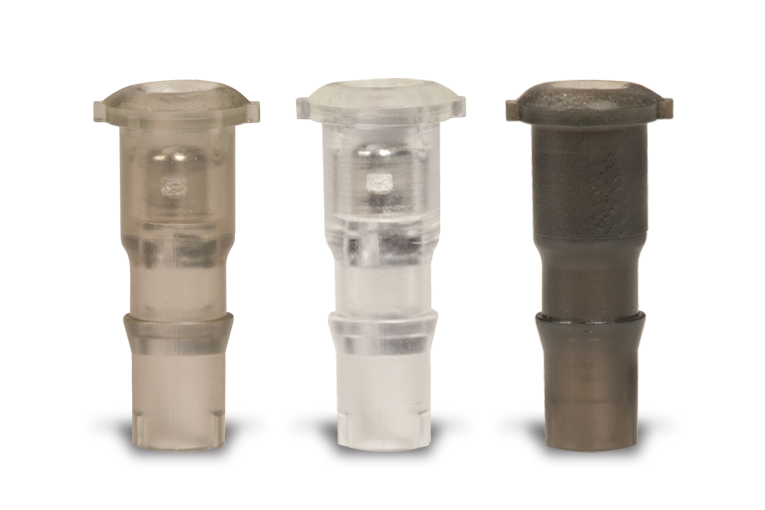 While I used mostly the AudioQuest DragonFly Cobalt DAC-amplifier to drive the Aonic 5s, I didn’t need to. They’re very sensitive, so much so that I had a painful experience when I absentmindedly plugged them into a laptop for a Zoom meeting, and quickly reached for the volume buttons on the laptop to get the volume down to a reasonable level -- in this case, just 14 on a scale of 100.

I didn’t want to be changing out the filter tubes any more than necessary, and fortunately I didn’t have to. One listen to the double-bass intro of Holly Cole’s version of “Good Time Charlie’s Got the Blues” (Night, 256kbps MP3, Universal Music Canada) told me that the Balanced filter didn’t have enough bass for my taste. I installed the Warm filters, and those had a reasonable, though far from ample, amount of bass. Obviously, I didn’t need to investigate the Bright filter (although I did measure it).

Just to double-check, I put on a recording of a duet with me on double bass and Canadian avant-soul saxophonist David Aaron, which I mixed on Genelec HT502 monitors and checked on Status Audio CB-1 headphones. I’ve heard this recording on innumerable headphones and speakers, and it was definitely a little bass-shy -- although not at all harsh or bright -- even with the Warm filter installed. But Aaron’s tenor sounded wonderfully clear, detailed, and uncolored.

Back to Holly. With the Warm filter installed, the bass was present, tight and defined, but definitely tamed -- much like the balance I hear in some HiFiMan headphones. Cole’s voice seemed a bit emphasized and a tad sibilant. However, I was listening to an MP3, which, although running at a 256kbps bitrate, could be contributing to that impression, so I immediately escaped to the pristine quality of Qobuz.

The irresistible title track of country singer/songwriter Chris Stapleton’s Starting Over (24-bit/96kHz FLAC, Mercury Nashville/Qobuz) was a better fit for the Aonic 5s’ tonal balance. Stapleton’s voice sounded clear, and neither his trademark twang nor the high-pitched female backing vocals pushed the Aonic 5s into sibilance. There was just enough bass to give the music some groove (although I still wanted more). The acoustic guitars, split between left and right channels, did seem a little emphasized, though, without a whole lot of body.

Hearing the emphasis on the guitars in the Chris Stapleton album, I wondered what classical violin might sound like through the Aonic 5s, so I put on the “Adagio” second movement of violinist Ray Chen’s recording of Max Bruch’s “Violin Concerto No.1 in G Minor,” accompanied by the London Philharmonic Orchestra under the baton of conductor Robert Trevino. What I heard was what sounded like a nice, spacious -- although not especially full and hall-filling -- orchestral recording with the violin close-miked and turned up about 4dB in the mix. The Aonic 5s definitely brought out the midrange in every way, not just in emphasizing Chen’s violin, but the entire string section.

I compared the Aonic 5s with several other earphones -- most notably the less-costly JVC HA-FW01 ($329.95) and the much pricier Meze Rai Penta ($1099), both of which I like a lot for different reasons: the HA-FW01s for their full, satisfying balance; and the Rai Pentas for their treble detail. For these comparisons, I tried the Aonic 5s with the Warm and Balanced filter tubes.

When I played Diana Krall’s recording of “Almost Like Being in Love” (This Dream of You, 24/44.1 FLAC, Verve/Qobuz), I wrote of the Aonic 5s’ balance, “I kinda like it and I could probably get used to it.” It was an unusual sound, bringing Krall’s voice forward on the soundstage, although not seeming to raise it in level -- and I got this effect with both sets of filters. The Aonic 5s didn’t have the delicacy and spaciousness of the Rai Pentas, but they sounded much more lively and exciting than the HA-FW01s. 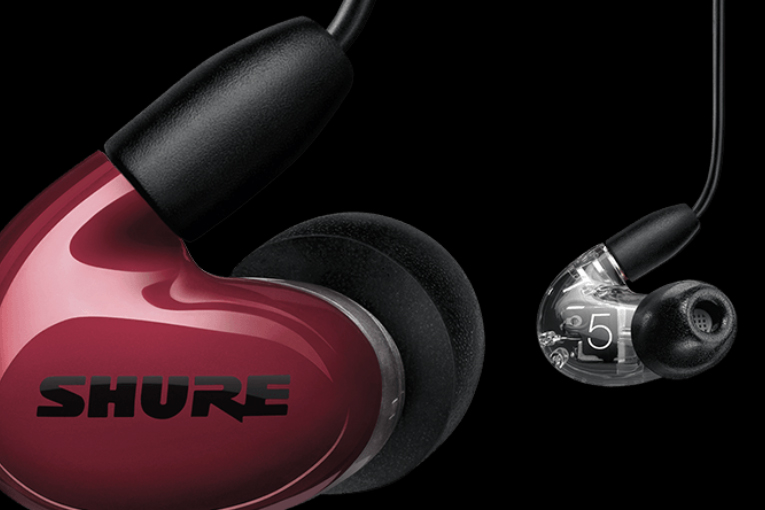 The Aonic 5s made Loudon Wainwright III’s voice on his album I’d Rather Lead a Band (24/48 FLAC, Search Party/Qobuz) sound somewhat peaky and emphasized, although it sounded like a broad peak that elevated most of the vocal range, rather than a narrower peak that would notably color the vocal range. The bass saxophone solo on “I Thought About You” sounded too thin with the Balanced filters, but with the Warm filters, it had enough body to sound realistic. The Rai Pentas seemed similar to the sound with the Warm filters, but with the midrange emphasis tamed; the HA-FW01s sounded mellower, less spacious, less airy, and more relaxed (and more relaxing to listen to).

To my ears, the Aonic 5 earphones have a sort of classic headphone-enthusiast tuning, with a tilt toward the mids and highs, and restrained bass even when the Warm filter is used. Personally, I prefer a fuller tonal balance with more bass, but a lot of audio enthusiasts disagree. If you’ve read this far, I’m pretty sure you have an idea of whether or not this might be to your taste. If the Aonic 5s seem like it’s in your sonic ballpark, I strongly recommend you check them out. With a more user-friendly form factor than many audiophile-oriented earphones, an easy-to-drive design, multiple filters for fine-tuning, a fantastic selection of tips, and a not-too-crazy price, they are a good choice as long as you want just a modest helping of bass.

I wish that experienced audio reviewers would be willing to ...

Brent Butterworth 2 days ago Eardrum Suck: The Mystery Solved!
@NawidThat's interesting. I have a friend whose car gives him eardrum suck even without headphones. ...

Brent Butterworth 2 days ago Eardrum Suck: The Mystery Solved!
@Doug SchneiderThat's a very good idea, Doug. I'd start there. Shai, it could be due to ...

Doug Schneider 3 days ago Eardrum Suck: The Mystery Solved!
@shaiBrent might have some ideas -- but have you tried reversing the headphones (i.e., put ...

shai 4 days ago Eardrum Suck: The Mystery Solved!
hey.. you can think about the reason why for me it happens only on the ...