I’ll be honest: sometimes I request products for review for the same reason a lot of people watch auto races -- with the expectation that I might see something crash and burn. Impressed as I was with the Atlantic Technology FS-HAL1 earphones, the announcement of Atlantic’s FS-HR280s -- a dual-driver, over-ear headphone design -- raised a zillion doubts in my mind. Although dual-driver over-ears were common back in the 1970s, every one of the dual-driver models I tried for my 2012 “survey” of vintage headphones was literally worse than any modern headphones I can think of (the JustBeats Solo perhaps excepted). Could a company that got into the headphone biz only a few months ago actually make a dual-driver design work? 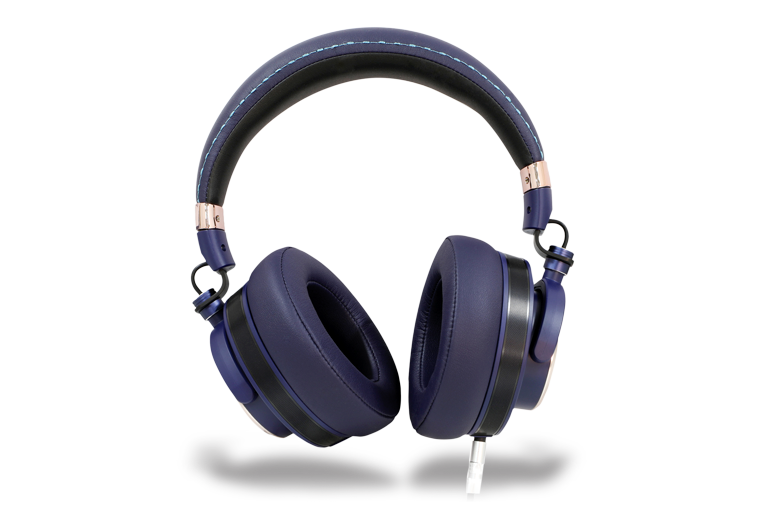 The FS-HR280 headphones ($299 list, $249 introductory price, all prices USD) use a 40mm conventional dynamic driver for the bass and a ceramic tweeter for the treble. The tweeter’s mounted coaxially, in front of the dynamic driver; it’s much like the design of an in-ceiling speaker. With ceiling speakers, that’s a downside, because putting something in front of a driver causes comb-filtering effects as the sound bounces off the obstruction, back to the driver, and then out to your ear or maybe back onto the obstruction again, etc. However, with drivers positioned just a few millimeters apart, the comb-filter effects would occur only at frequencies too high to be bothersome.

By the way, Atlantic Technology calls the FS-HR280s a quad-driver design, but usually in the headphone industry, the driver count is per-earpiece, so it’s better to think of them as dual-driver -- two per earpiece. It’s important to note that these headphones don’t seem to be a two-way design, as I couldn’t find a crossover circuit inside when I took them apart -- although of course the frequency response of the drivers could be tailored for a natural roll-off that would, in effect, function as a crossover. Unfortunately, due to the close proximity of the drivers, I couldn’t figure out a way to measure them individually. 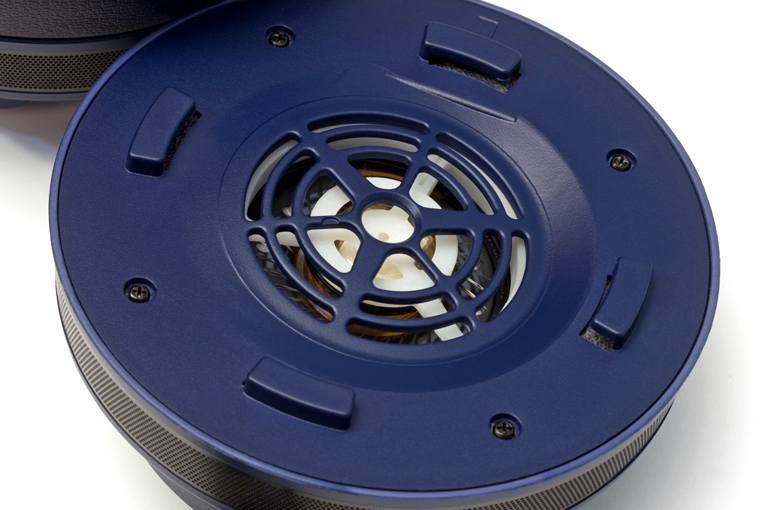 In terms of form factor and features, the FS-HR280s are pretty standard -- although I have to note that most headphones of this form factor and price now offer Bluetooth. They’re rated at 105dB sensitivity and 32 ohms impedance, so they should be easy for any smartphone or laptop to drive.

The clamping force of the FS-HR280s seems a little strong at first, but I quickly got used to it, and the earpads are soft enough that I found the headphones comfortable to wear for the length of a couple of albums or a long phone call. 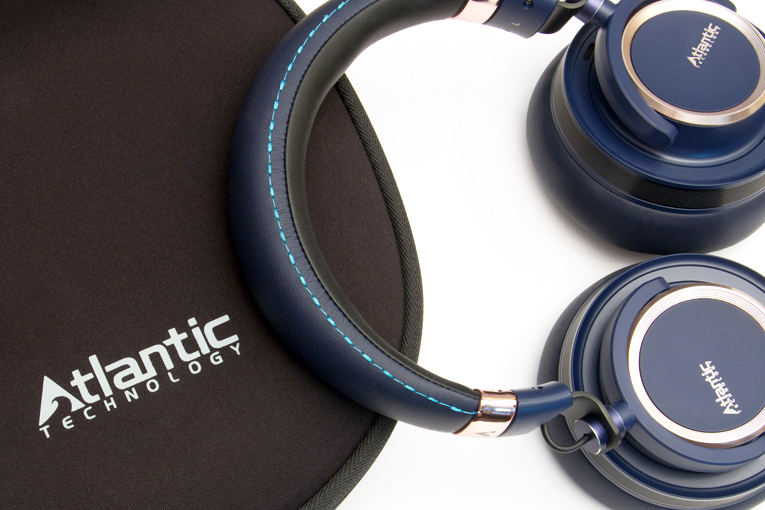 I didn’t have a chance to travel with the FS-HR280s, but their slim case and fold-flat earpieces will make them reasonably easy to tote. I had no problem getting very loud volumes through the FS-HR280s using my Samsung Galaxy S9 phone -- definitely no external amp needed with these.

“Way better than those vintage dual-drivers I heard before,” I thought when I first listened to the FS-HR280s, playing pianist Mari Kodama’s performance of the second movement, “Allegretto vivace e sempre scherzando,” from Beethoven’s String Quartet in F Major, Op. 59, No. 1 (Kaleidoscope: Beethoven Transcriptions, 16-bit/44.1kHz FLAC, Pentatone/Qobuz). The grand piano recording had a big, full, spacious, and natural sound. Compared with the AKG K371 headphones, the FS-HR280s sounded similarly uncolored, and with a slight tilt to the warm side -- a little more bass and a little less treble. Not much . . . we’re talking about a decibel or two here.

Normally I start these reviews by giving a synopsis of the sound of the headphones, but that’s difficult in the case of the FS-HR280s. They seemed to take on different personalities as I switched from genre to genre, tune to tune. I’d say overall they have a good general balance of bass to treble, and I think (and the Harman curve also suggests) that getting this balance right, or close to right, is the first job of the headphone designer. That said, these headphones do have colorations within many audiobands -- some extra zip in the mid-to-upper treble, a very full-sounding upper bass and lower midrange, and a little extra kick and dynamics in the bass. How well this combination works depends on what you listen to, and it’s hard to make general statements here. 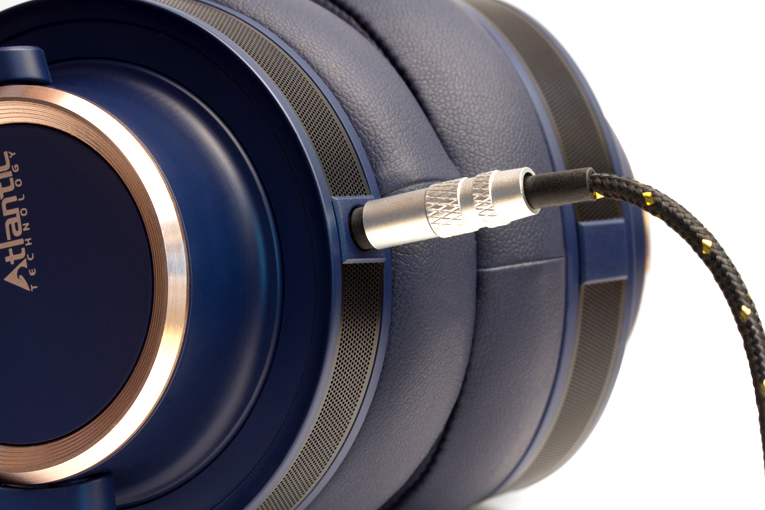 Besides working well on the piano recording cited above, the FS-HR280s also sounded good on a completely different recording: Lido Pimienta’s “Eso Que Tu Haces” (Miss Colombia, 16/44.1 FLAC, Anti-/Qobuz). Pimienta is a Columbian-born Canadian I discovered recently while browsing aimlessly through Qobuz, and she’s quickly become my favorite Canadian artist in many years (although it remains to be seen if she’ll ever rise to the aesthetic perfection of Bachman-Turner Overdrive). Her music isn’t terribly different from the synth-pop of Ariana Grande, but it’s more elemental -- and while sophisticated, it doesn’t have that overproduced, plasticky sound that pervades today’s Top 40. Different as this recording is from a solo grand piano, it still sounded very good through the FS-HR280 headphones. Pimienta’s voice sounded clear, and that little extra oomph in the bottom end made the off-beat accents in the verses sound gratifyingly dynamic.

Two headphones I compared the FS-HR280s with on this tune and others -- AKG’s K371s and AIAIAI’s TMA-2 All-rounds (review in the works) -- both sounded a little clearer on this tune, and I think that’s because the FS-HR280s’ thicker lower mids subjectively tilt its balance a little higher in the bottom end and a little lower in the top end. Neither the AKGs nor the AIAIAIs delivered the bottom-end dynamics I heard with the FS-HR280s; the AIAIAIs sounded a little restrained, and the AKGs’ bass seems to be a little lightweight relative to their treble.

Trash my taste if you will, but I prefer the “radio friendly,” dynamically compressed and heavily reverbed Chris Lord-Alge mix of the Replacements’ “I’ll Be You” (Don’t Tell a Soul, 16/44.1 FLAC, Sire/Qobuz) to the simpler mix on the later collection Dead Man’s Pop. I felt like the FS-HR280s took the sound even beyond what Lord-Alge was shooting for, pumping up the snare and guitars and elevating the level of the bass, although not with a great deal of definition. Some of the midrange went missing, though -- it became harder to distinguish Paul Westerberg’s voice than it was with the other under-$300 closed-back headphones I had on hand. 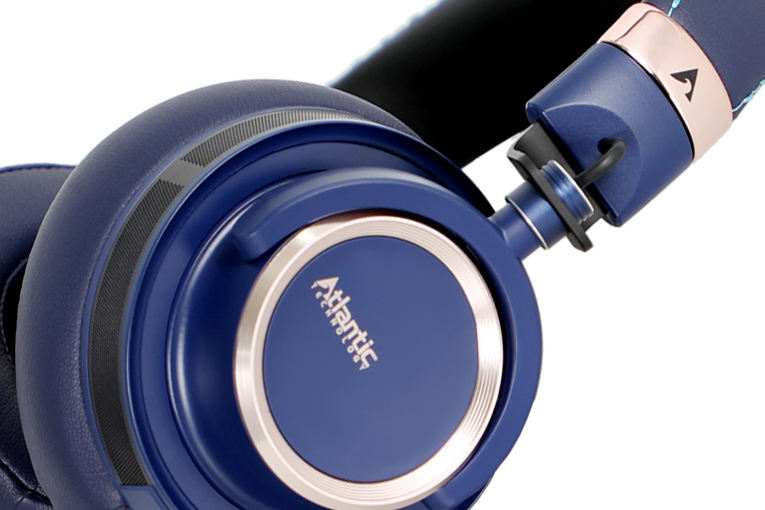 I had a similar experience when playing Wynton Marsalis’s inspired take on Tony Williams’s “Sister Cheryl” (Wynton Marsalis, 16/44.1 FLAC, Columbia/Qobuz). The FS-HR280 headphones’ elevated upper bass and lower mids had the subjective effect of burying the trumpet and tenor saxophone in the mix, to the point where the bass, the cymbals, and the upper harmonics of the piano dominated.

But just when I was thinking “these things have no midrange,” I played James Taylor’s version of “The Nearness of You,” from American Standard (16/44.1 FLAC, Fantasy/Qobuz) -- which places the old Hoagy Carmichael chestnut in the 1970s folkie light-rock setting for which Taylor is known and loved -- and the FS-HR280s sounded quite good, with the trumpet, acoustic guitar, and congas all clear and placed precisely on the soundstage. The only flaw was that the lower-mid boost made Taylor’s voice sound a bit bloated.

While the COVID-19 pandemic makes it impractical for me to solicit opinions of other listeners for now, I’ll go back to what I did before -- comparing the headphones under test with similar ones in their approximate price range.

To me, the NAD Viso HP50 headphones, which launched at $299 but are now typically available for $150 on Amazon, are the obvious competitor. The overall tonal balance of the two models isn’t all that different, but the Viso HP50s -- which rank among the most widely praised headphones of the last ten years -- have a more natural-sounding lower midrange and a more present upper midrange / lower treble, so they have a more natural sound overall.

Another competitor could be the AKG K371s ($149), which Harman’s researchers have told me are within plus/minus 1dB of the Harman curve. The K371s sound clearer in every way -- although I could drop that statement into almost any review of under-$500 headphones and it’d still be correct. However, fans of bass-heavy music such as hip-hop and metal might find that the FS-HR280s’ bassier sound and emphasized mid-treble are more to their liking than the K371s’ somewhat attenuated bass.

The FS-HR280s’ bass and treble are well-balanced, which lets them sound very good with some pieces of music, but as my listening notes and measurements reveal, their frequency response is idiosyncratic. And of course, they’re in a price range where one can easily find very good headphones that include Bluetooth, a feature more audiophiles are starting to accept and sometimes even demand. I think some people will really like the FS-HR280 headphones, but it’s the kind of thing where you have to try them yourself or rely on the advice of a friend or reviewer who consistently likes the audio products you like and doesn’t like the ones you don’t like.