From the Meze Empyreans to the AKG K371s, I’ve found a few sets of headphones that inspired no significant complaints from me. But I’ve never found a set of noise-canceling headphones I couldn’t complain about. Either the noise canceling was weak, or they exhibited too much eardrum suck, or they didn’t sound particularly good, or they were too bulky for travel. But there’s always hope! This month, it comes in the form of the Marshall Monitor II A.N.C. headphones ($319.99, all prices USD). 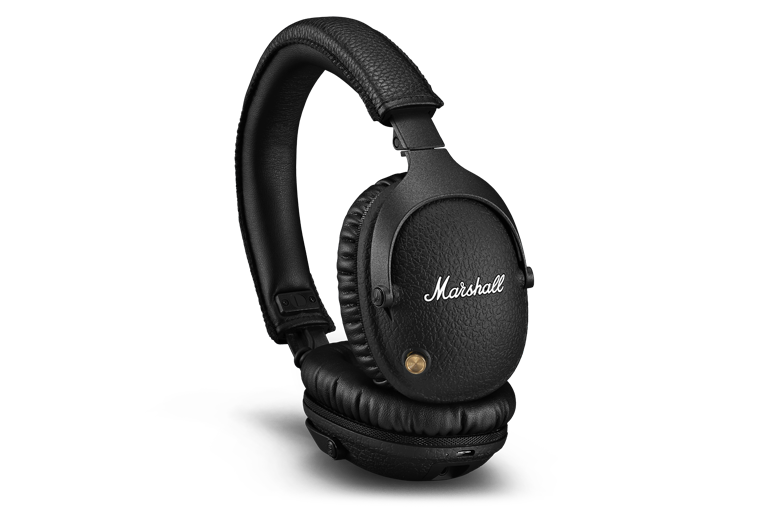 A quick scan of the headphones shows that besides the brand’s usual guitar-amp-inspired styling, there’s nothing outwardly unusual about the Monitor II A.N.C. headphones. Look a little closer, though, and you’ll probably notice only one button on the headphones. It’s actually a little brass-finished joystick/pushbutton, and it controls the functions that many Bluetooth headphones have relegated to swipe-style controls: volume up/down, track skip forward/reverse, and play/pause/answer, in addition to on/off. We’ll discuss whether this works well or not, but with just one major control, you certainly don’t have to fumble around figuring out which button to push.

However, there are two buttons you probably overlooked because they’re incorporated into the hinge pins where the frame meets the earpieces, on the back side of the headphones. One, labeled with an M, switches among three different EQ modes (which can be preset using Marshall’s iOS/Android app), and also accesses Google Assistant. The other, labeled ANC, selects noise canceling on, NC off, or hear-through mode.

The Monitor II A.N.C.s clearly take a few tips from Bose’s hyper-popular noise-canceling headphones. They’re about as comfortable as any Bose model I’ve tried, and they fold up to be just about as compact, so they’re exceptionally travel-friendly

As seen in the Bose NC 700s (and, I expect, in many upcoming noise-canceling headphones), the noise canceling on the Monitor II A.N.C.s is adjustable through the app, in ten steps from 10% to 100%. The noise canceling, even at 100%, does not aspire to Bose-level performance, but it’s adequate to get the level of engine noise in an airliner cabin down well below the level of your music, without producing a significant amount of eardrum suck. I kept the NC at 60% for most of my listening. Check the measurements page to see a precise representation of how well the Monitor II A.N.C.s’ noise canceling works. 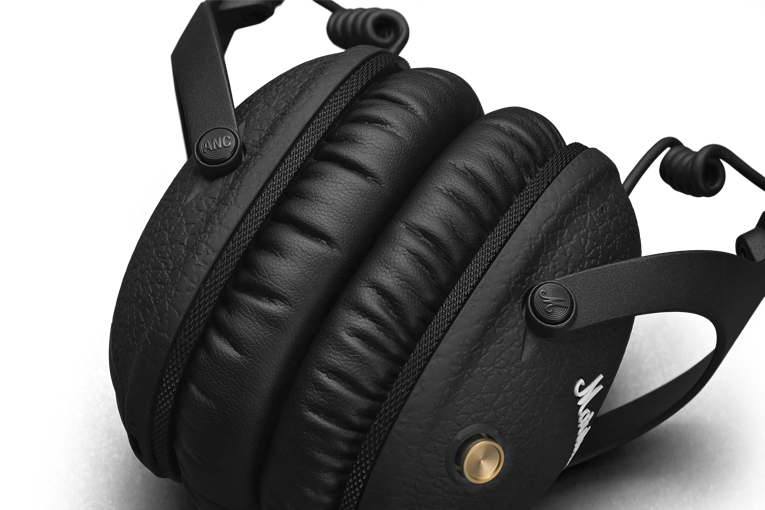 It’s also extremely convenient to be able to access hear-through mode using a button on the headphones, rather than having to go into an app to do it -- in my experience, relegating any control to an app means it’s exponentially less likely to be used.

I loved having a single control that functions as a pushbutton and joystick, but listening panelist LeRena Major didn’t. “It doesn’t feel intuitive to me,” she said, noting that a similar control on the Drop + THX Panda headphones was easier for her to handle. I’m guessing that it’s because of the way the control is positioned -- on the Pandas, it’s on the edge of the headphones, and on the Monitor II A.N.C.s, it’s along the curve of the earcups.

Pretty quickly, I wasn’t satisfied with the stock setting. When I played Peter Gabriel’s “Big Time” (So, 320kbps Ogg Vorbis, Geffen/Spotify), the sound had a vivid, exciting vibe, but seemed bass-light and midrange-heavy. I wouldn’t say it blared, but it wasn’t comfortable to listen to at loud levels. So I got right on that equalizer in the app. Switching to the Rock mode made an immediate improvement; it wasn’t an overt difference -- just a couple dB here and there -- but the sound became more natural. The midrange push was gone, and the sound took on a focused, kick-ass character that was fun to listen to but didn’t sound enhanced -- an ideal match for So, which is packed with less-than-timeless 1980s production touches such as gated reverb on the drums and heavy use of the Fairlight CMI, an early digital synthesizer/sampler. 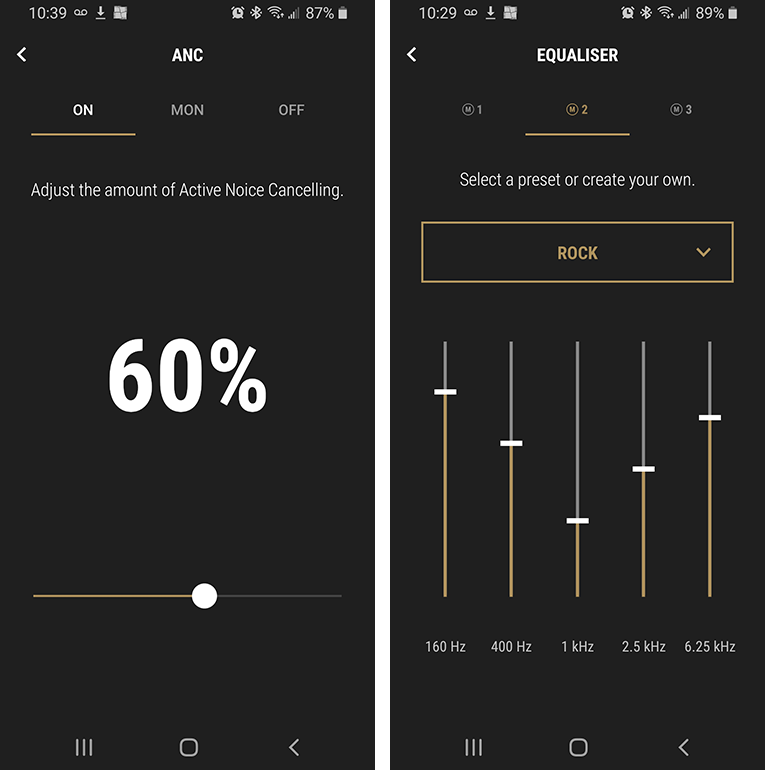 Although “The Surrey with the Fringe on Top” is a standard, from the musical Oklahoma!, James Taylor’s version (American Standard, 16-bit/44.1kHz FLAC, Fantasy/Qobuz) transforms it with the minimalist, 1970s singer/songwriter ethos of his classic album Sweet Baby James. Even though it’s mostly just acoustic guitar and Taylor’s warm, sweet-sounding voice, in the stock Marshall EQ mode it sounded confused, messy, and unfocused. Once again, switching to Rock mode improved matters immediately. It did sound a little hyped-up, with the mids about 3dB below where they needed to be (and the bass and treble thus relatively boosted), but a quick flick of the 1kHz slider in the EQ app (which the app then saved as the Custom mode) fixed that. I’d still say it sounded a bit pumped-up, but in a way that made the sound more exciting while retaining a natural-sounding tonal balance.

I can sense you wondering “But what about the other EQ modes?” That’s like asking a TV reviewer, “But what about all those preset audio modes in the TV?” Nobody uses those modes because they’re almost always cranked out willy-nilly, just to give the listener the appearance of having lots of cool options. (I twice consulted on TV sound systems and can attest that this is an accurate summation of those companies’ processes.) Most of the modes in the Marshall app are similarly unappealing, creating an unnatural tonal balance that you probably won’t enjoy for long. But I guess you’d have to expect that the Rock mode is the one Marshall would get right . . . right? 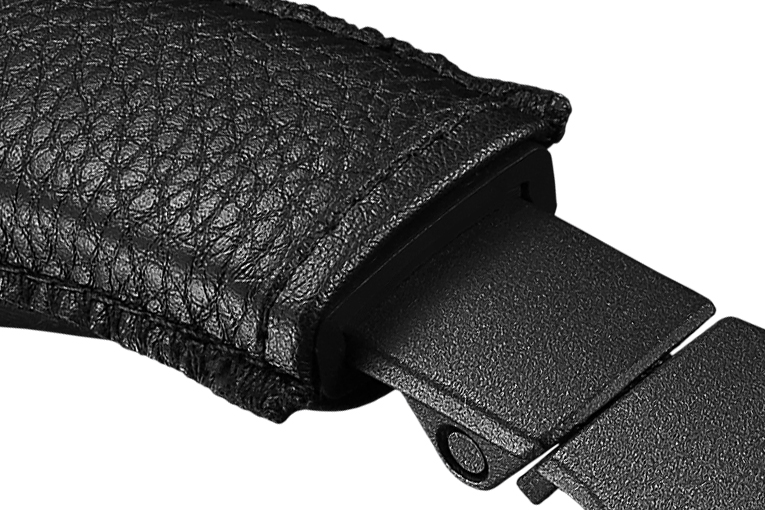 My Custom mode settings worked way better on “Sum 2 Prove” by rapper Lil Baby (single, 16/44.1 FLAC, Quality Control/Motown/Qobuz) than the Hip-Hop mode in the app. With the Hip-Hop mode, the voice sounded harsh and blaring, and the stock Marshall mode gave me a similar result but with less bass. But with my Custom setting (and to a lesser extent, the Rock setting), Lil Baby’s voice sounded exceptionally clear, the bass (which tends to push many headphones into distortion) sounded tight and powerful, and the sound was crankable.

I’m gonna guess that the Monitor II A.N.C. headphones weren’t voiced with classical music in mind, which is why I wanted to be sure to spin some classical sides through them -- such as the Belcea Quartet’s recent recording of Ligeti’s String Quartet No.1 “Métamorphoses nocturnes” (Janáĉek & Ligeti: Quartets, 16/44.1 FLAC, Alpha Classics/Qobuz). I was surprised to find that the same Custom preset I used for the James Taylor recording worked beautifully for a string quartet. This setting really brought out the gorgeous, woody upper harmonics of the cello, although it did seem to slightly overemphasize the midrange of the violins; going back to Rock mode brought the mids down a bit but lost some of the character of the cello. Still, I noted that it’s “nice either way.” 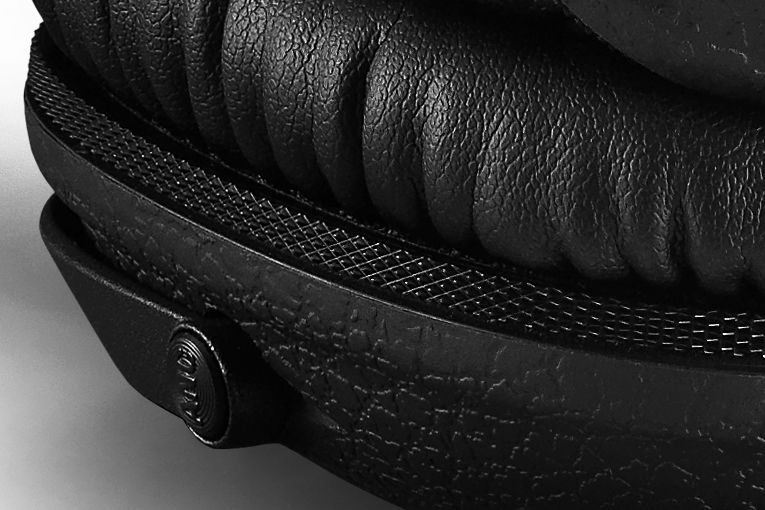 But I warn you, do not switch to the stock Marshall mode if you play this recording -- it makes the viola sound like it has a metal horn attached to one of its f-holes. As the neglected middle child of a string quartet, the viola doesn’t deserve this kind of abuse. 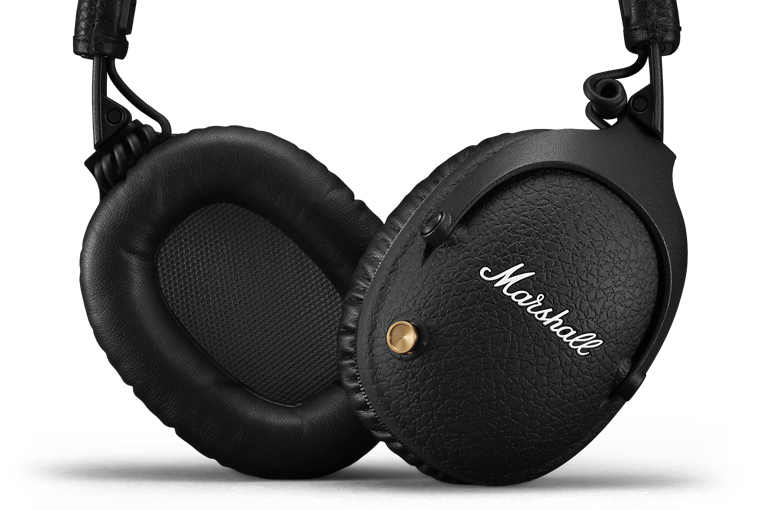 For example, when I played Holly Cole’s version of “Don’t Let the Teardrops Rust Your Shining Heart” (It Happened One Night, 16/44.1 FLAC, Manhattan/Qobuz) with my Custom EQ setting on the Monitor II A.N.C.s, I heard a spacious sound with really solid groove once bassist David Piltch sheathed his bow and switched to pizzicato halfway through the tune. With the IO-6es, the sound was even more spacious, although Cole’s voice sounded a little more sibilant and a little less full, and the bass a little too boomy. But was it fair for one headphone to have the advantage of EQ and the other to be playing au naturel? No, it wasn’t, so I pulled up the EQ app included on my Samsung Galaxy S9 phone. By bringing the 2kHz slider down one notch and the 63Hz slider down two notches, I got the IO-6es to sound a little more neutral overall than the Monitor II A.N.C.s, even if they were still a bit more sibilant. (Pulling down the 4kHz slider reduced sibilance but also dulled the voice a bit.)

I’m glad that Marshall made it possible, and reasonably easy, to get the Monitor II A.N.C.s sounding good, but I’m baffled as to why they made the default setting so weird-sounding, and “burned” that setting permanently into the first option on the EQ button. (Look at the measurements page to see just how anomalous the Marshall mode is.) If they would have made the Rock mode the default, and called that the Marshall mode, I guarantee these headphones would get better reviews.

Thanks to the coronavirus, I wasn’t able to convene a full panel of outside listeners, but I was able to coax saxophonist and music industry pro LeRena Major in for a quick listening session before Los Angeles pretty much shut down. She focused on the stock Marshall mode, comparing it against the NAD Viso HP50s, a passive set of headphones I know she likes, and the DALI IO-6es.

“I thought the sound was just OK,” she said. “I wanted it to be bigger and more enveloping. When I put on the NADs, the difference was immediately obvious -- the sound was more natural and much more spacious.” She did find the sound more balanced when I set the Marshalls to the Rock mode, but still complained that they couldn’t match the spaciousness she heard with the NADs and, to a lesser extent, with the DALIs.

Like all the other noise-canceling headphones I’ve tried, the Monitor II A.N.C.s have their ups and downs, but I’d say they have a lot more ups. The ups include outstanding comfort; a very compact, travel-friendly design; effective noise canceling; and a better control system than most competitors offer. The only real down is that they are not plug’n’play -- you have to dance around on the EQ to get them sounding good. Still, they’d certainly be among the top picks I’d consider when shopping for travel headphones, because they do have a lot going for them.