Looking at the Sundara Closed-Back headphones takes me back to the earliest days of my audio obsession: reading Stereo Review in my high-school library, ogling the top-of-line Realistic Mach One speakers in the RadioShack catalog, listening to the ample selection of headphones at the Burstein-Applebee store in my local mall, and dreaming of a day when I could afford snazzier gear. The Sundara Closed-Backs aren’t what I’d call retro, but their woody, earthy vibe wouldn’t have seemed out of place in Burstein-Applebee’s headphone display, and any pipe-smoking, Esquire-reading, 1970s suburban-sophisticate dad would have been proud to listen to his Dave Brubeck records on them. I, as a teenager with nothing but a paper route to fund my hobbies, could afford only a plasticky $17 set of Panasonics. Little did I know I’d someday be reviewing $3000 ’phones. 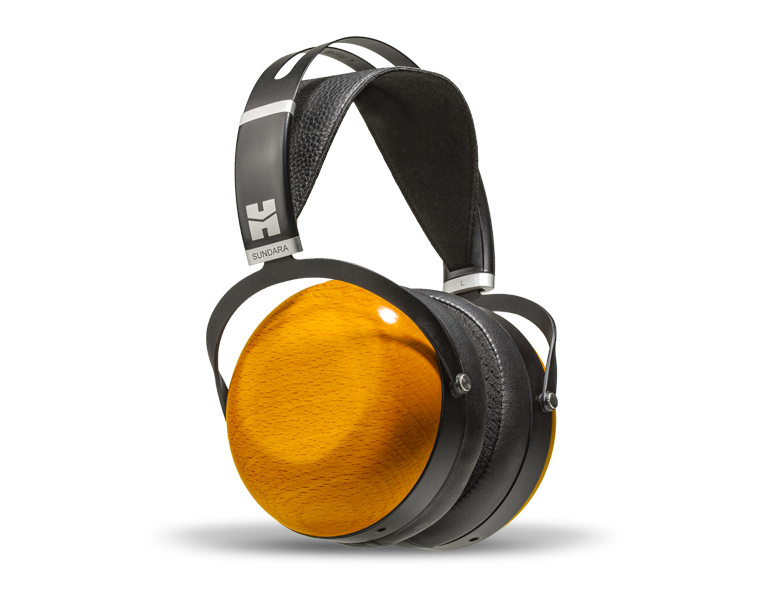 The Sundara Closed-Back headphones ($399, all prices USD) are a variant of the open-back Sundara headphones, which I’ve never officially reviewed, but nonetheless use as a comparison standard for mid-three-figures sound. Both models employ HiFiMan’s trademark planar-magnetic drivers. The Closed-Backs add beautiful beechwood backs that block the entrance of most external sounds, and should also add extra oomph to the bass, all other things being equal.

There’s not a whole lot more to say about these refreshingly simple headphones. They’re rated at 20 ohms impedance and 98dB sensitivity—measured, I assume, according to the industry standard of a 1mW signal calculated for the rated impedance (i.e., 0.141Vrms) at 500Hz. That means that a laptop, cheap MP3 player, or dongle-style DAC-amplifier should be able to drive them to reasonably loud—but not crazy-loud—levels.

The earpads of the Sundara Closed-Backs are admirably soft and comfortable. The clamping force was a little strong for me right out of the box, but you can bend the yokes holding the earpieces slightly to loosen them up—in which case I ended up with a quite comfortable fit. 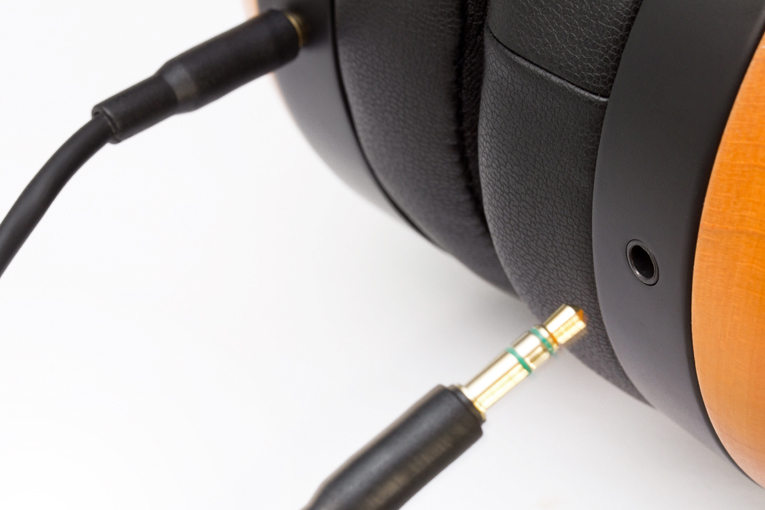 The headphones played surprisingly loud when I connected them straight into my Samsung Galaxy S10 phone and put on Camille Thurman’s “September in the Rain” (Waiting for the Sunrise, 320kbps Ogg Vorbis, Chesky/Spotify), which is a fairly conservatively mastered recording. So even with a relatively low-powered source, they’ll crank with any modern pop or rock, or almost any recently remastered recording. Still, I mostly used an EarMen Eagle DAC-amplifier for my testing, just to make sure the Sundara Closed-Backs were getting all the power they needed.

I noticed with the Camille Thurman recording—literally the first thing I heard through the Sundaras, except for a few seconds of the ten hours of random playlist tunes I used to break them in—that the Sundara Closed-Backs had a pretty even tonal balance. That’s not what I usually expect from HiFiMan, as most of the company’s headphones tend toward mild trebliness. But I welcomed it. I can relate to where HiFiMan and Grado are aiming with the trebly sound, but a more balanced, bassy sound is simply more natural. Go listen to pretty much any band anywhere and you’ll see.

I also noticed that the Sundara Closed-Back headphones had less of the airy, spacious sound I associate with the open-back Sundaras—the guitar and drums in this recording, which was made in a reverberant theater with the same kind of dummy head used for headphone testing, didn’t sound as far away as they would with a good open-back model. But I can’t think of a closed-back model that doesn’t compromise a bit on spaciousness—that acoustical isolation comes at a certain sonic cost.

Lovely as those Chesky recordings sound, they’re not necessarily the best material for judging headphones; according to Harman International (yep, them again, but who else publishes such good research?), the best recordings for judging speaker (and presumably headphone) sound quality are dense pop mixes with spectral content that resembles pink noise—like Fleetwood Mac’s “You Make Loving Fun” (yep, them again—Rumours, 24-bit/96kHz FLAC, Rhino-Warner/Qobuz). This recording, which I imagine everyone outside of North Korea knows extremely well, did help me sort out the Sundara Closed-Backs’ sound. I’d say it’s pretty neutral—if these headphones have any issues, they’re 1 or 2dB issues, not 5 or 10dB issues. Maybe there’s a hair of extra oomph in the hi-hat / cymbal / snare drum region around 4kHz. Maybe there’s a bit more upper bass than ideal. 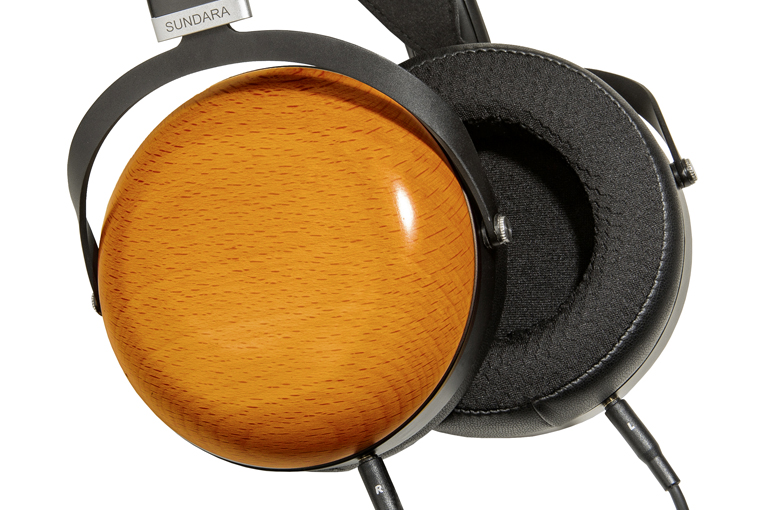 Or maybe not. Because rather than skip to the track I really wanted to listen to (it’s coming up!), I let my curiosity pull me further into Rumours, and I started to realize what the Sundara Closed-Backs’ greatest strength is. It’s hard to sum up in one word, though: it’s an ability to distinguish instruments in a mix. Call it detail, call it neutrality, call it nanodynamics, call it whatever you want, but these headphones made me feel like I was sitting at the mixing board listening to the recording monitors, after the engineers had achieved their perfect mix and asked me to check it out. On “Dreams,” for example, I could pick out all of the different background vocalists, the acoustic guitar hard in the left channel, the organ less firmly in the right channel, the volume-pedaled electric guitar dead center. And the general neutrality and naturalness of the presentation left me feeling like I could, and perhaps should, mix my own recordings on these.

Too enthusiastic for $399? Dunno, so I proceeded to the tune I originally wanted to listen to: “Dream Another (Live)” from drummer Makaya McCraven’s Qobuz-exclusive live recording International Anthem @ Public Records (24/48 FLAC, International Anthem / Nonesuch / Qobuz). As I stated in my review of the Focal Bathys Bluetooth headphones, this is a fantastic recording, with a live-performance ambience but the clarity and separation of a good studio recording. I have to say, the Bathys headphones—also a closed-back design—did a better job with this recording in some ways, because their extra brightness gave it an added sense of spaciousness, and the track’s many high-frequency instruments—harp, flute, and a string section—sounded more prominent. The Sundara Closed-Backs seem to have more bass than the Bathys headphones, and perhaps more upper bass in particular, which gave them a more natural balance but obscured the trebly stuff to some extent. That said, the Bathys headphones did strike me as bright, and “Dream Another (Live)” was, as a result, more relaxing to listen to through the Sundara Closed-Backs. 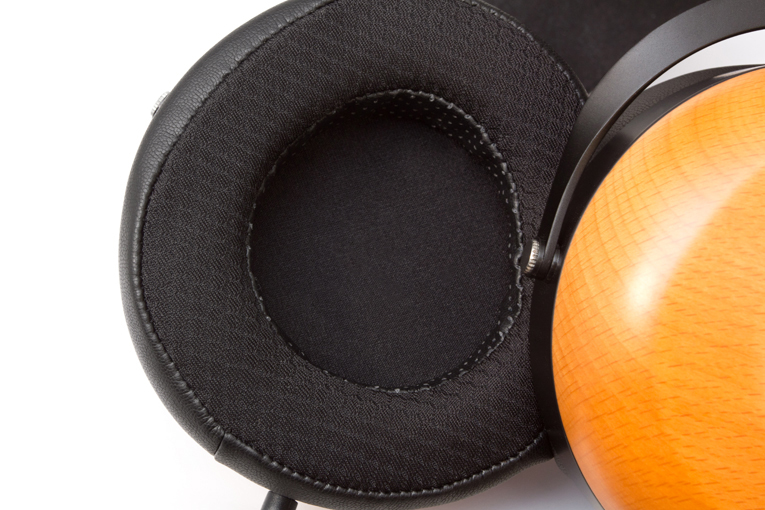 Most of us probably know the Beatles’ Revolver as well as we know Rumours, but the recently released Giles Martin remixes make Revolver (one of the first major albums recorded on four-track tape) more comfortable to contemporary ears, and more comparable to pop recordings of the last 40 years. Listening to “I Want to Tell You” (24/96 FLAC, UMC/Qobuz) through the Sundara Closed-Backs, I’m pretty sure I felt that bit of extra upper bass I mentioned before, and the snare and tambourine seemed a little more prominent and thinner-sounding than I expected—something I also noticed in those instruments and the horns in the next track, “Got to Get You into My Life.” But as with Rumours, it was exceptionally easy to pick out all the instruments, the vocals sounded wonderfully clear and uncolored, and the overall clarity was excellent. I’d describe the presentation as “simple”—as in unadorned and honest.

I compared the Sundara Closed-Backs to three other models: the open-back Sundara (originally $499, now $299), the closed-back Beyerdynamic T5 (3rd generation) ($999), and the AKG K371 ($149) headphones, which are said to be tuned very close to the Harman curve, and which I use as my monitor headphones for music recording and producing the SoundStage! Audiophile Podcast.

On one of Harman’s most recommended test tracks, “Bird on a Wire” from Jennifer Warnes’s Famous Blue Raincoat: 20th Anniversary Edition (16/44.1 FLAC, Porch Light / Qobuz), the Sundara Closed-Backs didn’t produce the huge, powerful drum sound for which this recording is revered—but it still sounded full, not bass-shy. Again, each instrument seemed highlighted and easy to pick out from the mix. The open-back Sundaras seemed to have a bit more bass power and punch, and a little more detail and spaciousness. The K371s had more bass power still (although based on what I’ve heard from a zillion speaker systems, probably about the right amount of bass power), and detail and spaciousness close to what I heard from the open-back Sundaras. The Beyerdynamic T5s sounded basically like the K371s, but with even more bass power and a little more spaciousness and detail.

Having monitored my album Take2 on the AKG K371 headphones—and the very similar-sounding JBL 305P MkII speakers—I thought it’d be another good basis (for me, at least) for picking out the differences among a bunch of good, not all that dissimilar, headphones. On “Chit Chat” (16/44.1 FLAC, Outrageous8 Records / Qobuz), I noticed that the double bass sounded subtly more nasal through the Sundara Closed-Backs than it did through the K371s, indicating a boost of a couple of dB somewhere in the mids (I guessed around 1.5kHz), and they also gave me a little less sense of space than the K371s did. However, the open-back Sundaras gave me even more sense of reverb than the K371s—well, not necessarily more reverb, just better-defined and more-detailed simulated reverberations. (This also heightened my appraisal of the reverb app I used during mixing; it’s capable of better sound than I realized.) Again, the Beyerdynamics had a balance similar to that of the AKGs, although very subtly less bright, yet with more apparent sense of space and treble detail.

I’d describe the Sundara Closed-Backs as high-end headphones that are reasonably priced and won’t cause you any annoyance. They’re great for picking apart all the little details of recordings, but unlike many audiophile headphones that can do this, they don’t sound too bright. They’re comfortable, they look tastefully cool (I think), and you can drive them pretty well with just about any source device. Easily one of the best choices for listeners stepping up from mass-market closed-back headphones.