My first “real” job was writing ads for a Dallas agency that handled Wilsonart decorative laminates. Wilsonart was number one in market share, yet they made it a rule never to innovate. They’d let competitors like Formica and DuPont come up with new ideas and build public awareness for them, then Wilsonart would launch something similar and out-distribute the other companies. Monoprice follows a similar plan with its headphones—a year or two after an innovative headphone technology comes out, Monoprice jumps in with a similar product at a lower price. The Monolith AMT headphones are the latest example. 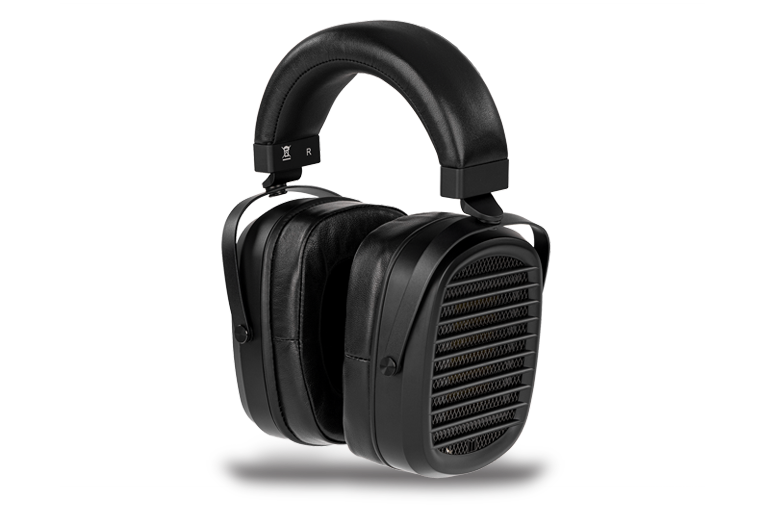 The AMTs are the second headphones I’ve seen to use full-range Air Motion Transformer (AMT) drivers; the first were the HEDD Audio HEDDphones—but the HEDDphones cost $2499, while the Monolith AMTs are just $799.99 (all prices USD). AMTs are commonly used as tweeters, in speakers from Adam Audio, GoldenEar Technology, MartinLogan, and other brands; miniature AMTs have also found their way into a few earphones, too. The driver uses a ribbon folded into pleats, and the pleats work like the bellows of an accordion—as they squeeze together, they force air out. The idea is that you get the detail and delicacy of a ribbon driver, but with more output. 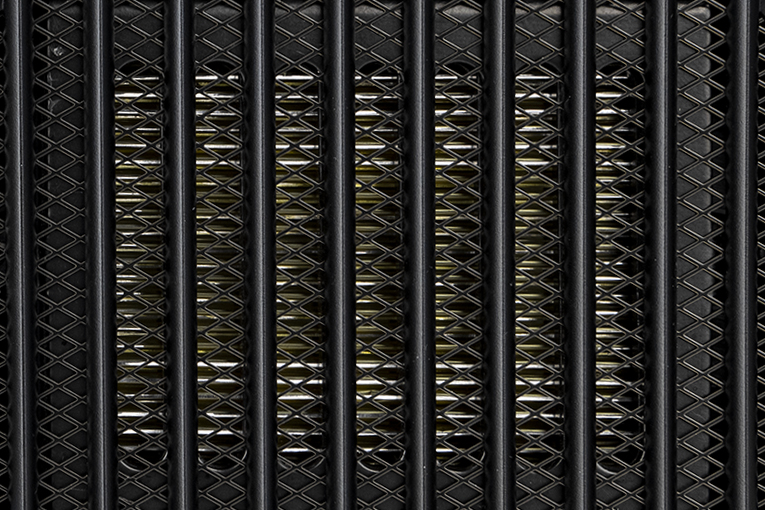 By the way, I had to send the HEDDphones back after I finished that review, so I couldn’t compare the two directly, but you can see how their frequency responses compare by clicking on the link to the measurements, which you can find at the top of this review.

All you get are the headphones and a 6′ (1.9m) cable, tipped with a 6.3mm (1/4”) plug for the source end and two mini-XLR connectors for the headphones. A small 1/4″-to-1/8″ (3.5mm) adapter is included, but I recommend not using this type of adapter because it puts too much stress on the source device’s output jack. Get a cable-type adapter instead.

The AMTs are a little on the heavy side, and I always felt the need to sit up straight when I was listening to them, so as to keep them balanced and prevent neck strain. The headphones’ clamping force is soft, and the lambskin leather on the earpads is, too. And there’s generous space inside the earpads for your pinnae. 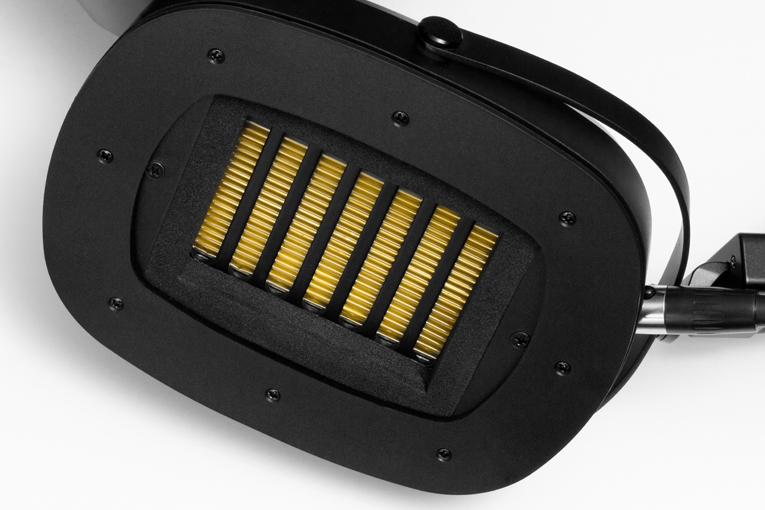 Plugging the AMTs straight into my Samsung Galaxy S10 gave me a marginally listenable volume on conservatively mastered tunes like Camille Thurman’s version of “September in the Rain” (Waiting for the Sunrise, 320kbps Ogg Vorbis, Chesky/Spotify). To get the best from these headphones, you’ll have to use an external amp or a headphone DAC-amp dongle; the $129 EarMen Eagle dongle offered plenty enough power to get the AMTs cranking.

It was evident from the first few bars of Cécile McLorin Salvant’s version of “Wives and Lovers” (For One to Love, 24-bit/96kHz FLAC, Mack Avenue/Qobuz) that the AMTs were giving me something different from what I’m used to hearing. I doubt many people would note any obvious colorations, and the sound was pleasing overall. But it was an unusual mix of exceptional clarity in certain regions of the treble, a somewhat muted upper midrange, and precision and softness in the bass. 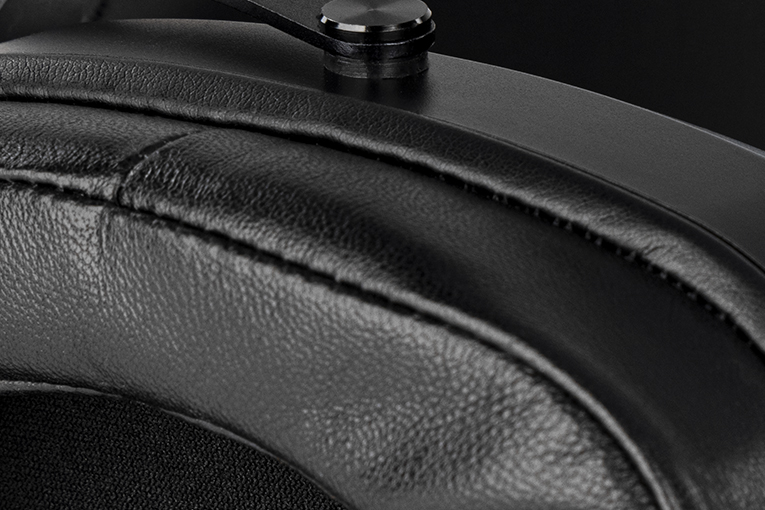 For instance, on “Wives and Lovers,” I could easily hear all the details of drummer Lawrence Leathers’s intricate, very subtle cymbal work. Even though the drums are largely obscured by the bass and piano—and of course McLorin Salvant’s vocals, which are the focus here—it was easy to tell when, for example, Leathers changed his stick position on the ride cymbal, and the cymbals’ ringing after they were struck was audible at levels probably 20 or 30dB below the rest of the mix.

McLorin’s voice sounded good overall, with no excess sibilance and no trace of bloat, but it didn’t jump out as clearly from the mix as I’m used to hearing, probably because there was a lack of the upper-midrange/lower-treble energy that tends to give voices clarity. It was like hearing a singer guesting with a big band, where the singer’s something of a novelty—an amuse-bouche, if you will, between horn-heavy charts—as opposed to going to see a jazz singer with their own group, where they’re the star of the show. 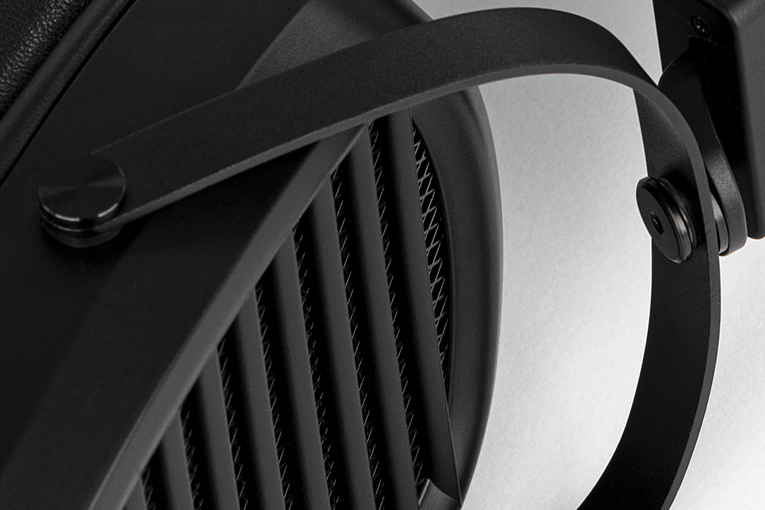 This tune sounds a little bloaty because on this arrangement of “Wives and Lovers,” the pianist uses the lower range of his instrument a lot, so it blends in with the double bass and creates a bit of a sense of “sonic mud.” But still, the overall sound was a little soft, and it felt to me like there was some extra upper-bass energy—or maybe the somewhat mellow top end gave me the psychoacoustic impression of more bass. Although on “Something’s Coming,” from the same album, I got a somewhat better result. This tune starts with double-stops on the bass—two notes played at once—and usually double-stops sound pretty muddy, which is why bassists rarely play chords. But I could hear the harmony within the double-stops, and I liked the robust and full sound of the bottom end, although bassist Paul Sikivie’s articulation wasn’t as evident as I’ve heard with some other headphones.

Tired of hearing about Cécile McLorin Salvant? OK, how about some Diana Krall? Just kidding. How about the exact opposite—“I Can’t Quit You Baby,” from Led Zeppelin (24/96 FLAC, Atlantic/Qobuz)? This low-tech album, hastily produced over 36 hours in late 1968, stands for me as a paradigm of great sound—especially the drum sound on this cut, which I assume is a mixture of studio ambience with some plate reverb added. After decades of hearing this recording, I can honestly say the AMTs captured the ambience of the drums better than any headphones I’ve heard. I really got a sense of hearing live drums in a studio (something I’ve had the chance to do many times), while other headphones I compared the AMTs with—including some very good models we’ll discuss below—gave me more of the sense I was hearing artificial reverb. 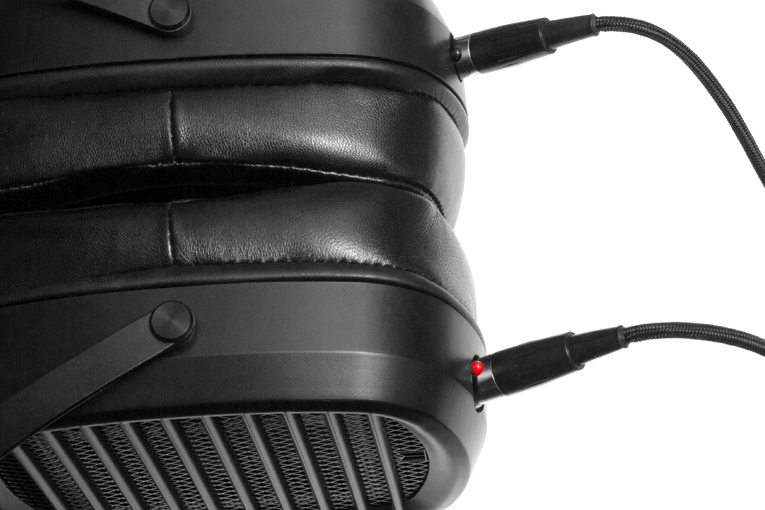 That said, I heard the same lack of upper-midrange/lower-treble energy in Robert Plant’s voice that I heard in Cécile McLorin Salvant’s voice—his voice didn’t sound edgy or sibilant or bloated or anything like that, it just sounded less present than I’m used to hearing. And once again, the bass sounded a bit bloated—even by the standards of Led Zeppelin, where the bass was never particularly distinct-sounding.

After a few hours of listening, I’d realized that that AMTs weren’t going to win in a contest to see who could come closest to the Harman curve, so I decided to focus on what they do well: spaciousness. Ariana Grande’s “NASA” (Thank U, Next, 24/44.1 FLAC, Republic/Qobuz) is a pretty good test of that. During the chorus, Grande sings over what sounds like an analog synthesizer set up to sort of mimic the sound of an alto flute, then the line concludes with backing vocals singing “N-A-S-A.” The synth flute and backing vocals sounded huge no matter which headphones I listened through, but through the AMTs, the ambience sounded a bit (or sometimes a lot) more natural. I assume that precisely zero percent of the ambience on any contemporary pop recording is natural, so whether or not what I heard through the AMTs is “accurate,” I can’t say. But I liked it.

Camille Thurman’s version of “Cherokee” (Inside the Moment, 24/96 AIFF, Chesky), recorded binaurally in a small performance space in Manhattan, also revealed the AMTs’ spatial magic. This recording sounds intimate and realistic through any reasonably competent headphones, but through the AMTs, I got a somewhat greater sense of the acoustics of the room than I have with other headphones. Somehow, it just felt more real and more natural, more like sitting in a space listening to a jazz group, than I’ve heard with other headphones. 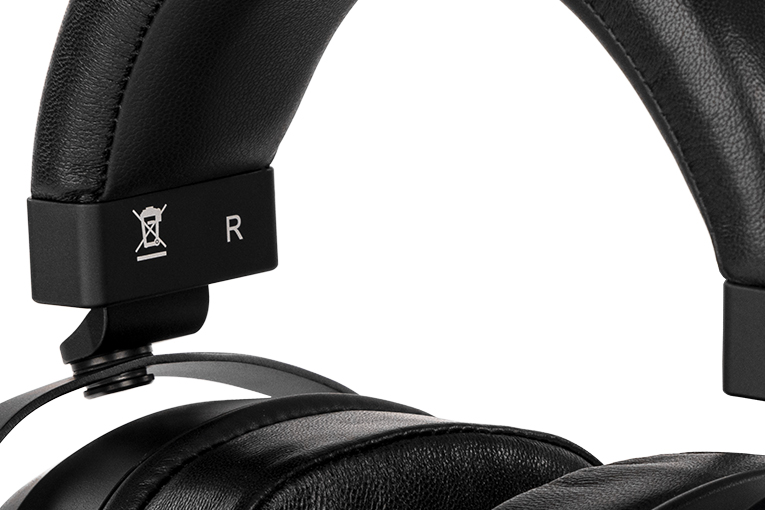 Out of curiosity, I went back and read my descriptions of the HEDDphones’ sound, and listened to some of the tracks I commented on in that review. The one complaint I had about the HEDDphones was that on Larry Coryell and Steve Khan’s Two for the Road (16/44.1 FLAC, Arista-Legacy/Qobuz), an album of acoustic guitar duets, the guitars sounded a bit bloated. I thought that maybe, based on what I’d heard so far, I’d notice the same issue with the Monoprice AMTs, but I didn’t. I guess I could say the guitars sounded perhaps a little bit fuller than the real thing with the Monoprice AMTs, but if they did, it didn’t bother me, and it could easily have been chalked up to the close placement (I assume) of the recording microphones. Still, though, I did notice the Monoprice AMTs’ tonal colorations frequently, and I noted in the HEDDphones review that they sounded great on almost everything—which they wouldn’t have if they’d have had a lot of tonal colorations.

On Camille Thurman’s “September in the Rain,” this time played back from a 24/96 AIFF file, I can’t say the AMTs sounded more spacious than the HE6se’s, but to my ears, their presentation of the acoustics of the space somehow sounded a little more realistic and compelling; it seemed like I was getting a little more reverberance through the AMTs. The HE6se’s didn’t have that little bit of upper-bass bloat I heard in the AMTs—but the HE6se’s didn’t have anywhere near as full a sound as the AMTs did, either. 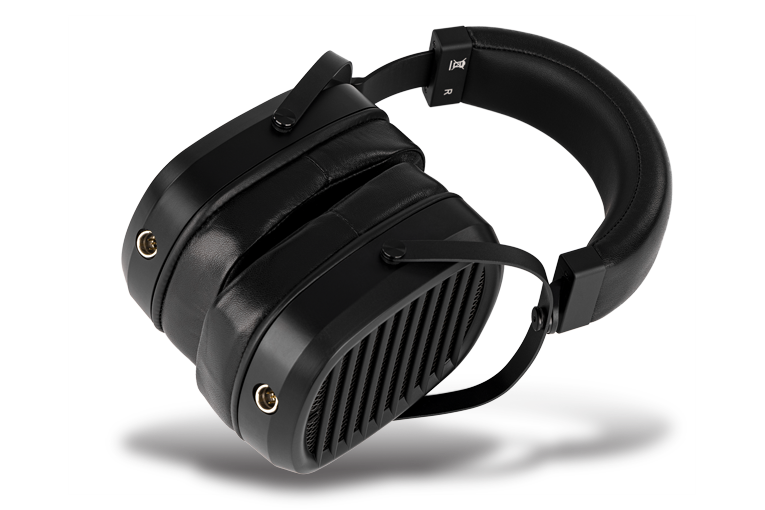 The headphones that came closest to the sound of the AMTs were the Dekoni-fitted LCD-Xes, which have big, fat, warm—yet spacious—sound. The tonal balance of the two was similar, with the mids somewhat de-emphasized in the mix; I thought the LCD-Xes had the edge when it came to bass clarity, but the AMTs had a little more sense of reverberance and ambience.

The Harman curve-conforming K371s sounded a lot different from the AMTs. The K371s brought out Thurman’s vocals far more, and de-emphasized the bass. No surprise, the closed-back K371s didn’t sound as spacious as any of the open-back models. Probably the Sendy Peacocks came closest to the K371s, bringing out Thurman’s vocals more than the AMTs and LCD-Xes did, and keeping the bass a little tighter in the process.

The AMTs are unusual headphones, with one humongous strength—their natural portrayal of reverberance and spaciousness—at the expense of a few tonal colorations. But those tonal colorations were never severe enough to get in the way of me enjoying the sound. Yeah, the AMTs are idiosyncratic in ways, but I think a lot of headphone enthusiasts will love them for their strengths and ignore their fairly modest weaknesses.