Why You Shouldn’t Always Rely on Measurements

The debate about the usefulness of lab measurements in predicting listener preference rages nowhere more furiously than in my own mind. (Why do I suspect that lede just lost me half my readers?) I’m one of the small number of headphone reviewers who has lab-grade measurement gear, and the similarly small number who belong to the Audio Engineering Society and regularly follow the scientific research on the topic. But I’m also one of the few reviewers who routinely seeks out the opinions of others, and who values their opinions as much as my own. You could say I get it from both sides—and that’s why I’ve come to believe that neither side has all the answers.

I was reminded of this last month when I reviewed the Sendy Apollo and Grado RS2x headphones. Just a glance at the frequency-response measurements of these headphones would lead me to believe neither of them sounds good. The Apollos were completely missing the peak around 3kHz that’s found in pretty much every good-sounding set of headphones I’ve heard. The RS2xes showed an upward tilt toward the treble and away from the bass. 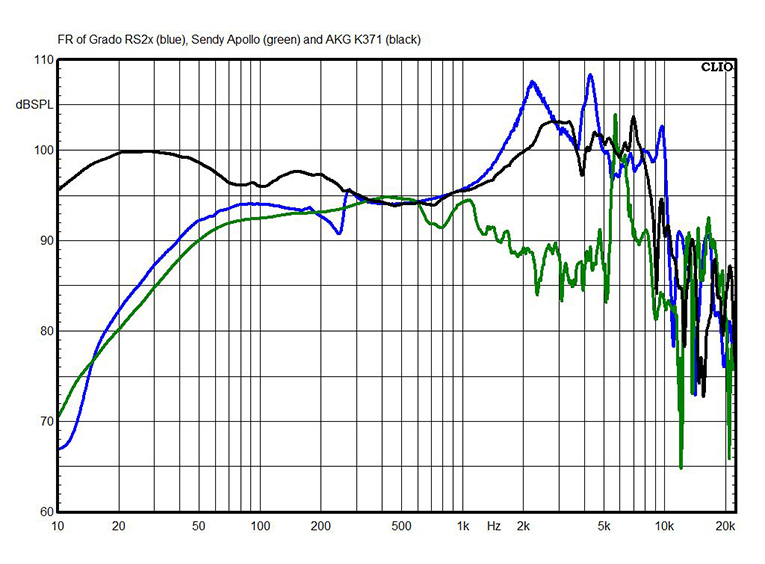 Some people who measure headphones would have written off both of these products without hearing them—and even if they did listen, I have to wonder if the bias created by seeing the measurements would have deafened them to any positive attributes they might have heard. And yeah, I have to say that the Apollos didn’t charm my ears. I did like some things about the bass, but I didn’t like anything else about them, so I gave them one of the lowest ratings for sound quality that I’ve ever given.

But the RS2xes actually had me thinking, Maybe I should buy a pair of these—and that’s not a notion that often occurs to a reviewer who already has a big pile of headphones at home. No, the RS2xes’ tonal balance didn’t sound natural—too much treble and not enough bass. But they conjured up a sense of space that was dramatically more natural—with a soundstage that just seemed more real, more live—than almost all the other headphones I’ve heard. As I said in the review, I wouldn’t want them as my only set of headphones, but they presented a perspective that genuinely gave me fresh insight into the music I was listening to—something that countless high-end audio products claim, but utterly fail, to do. (And besides, no one who’d consider paying $500 for a set of headphones has just one set of headphones.) 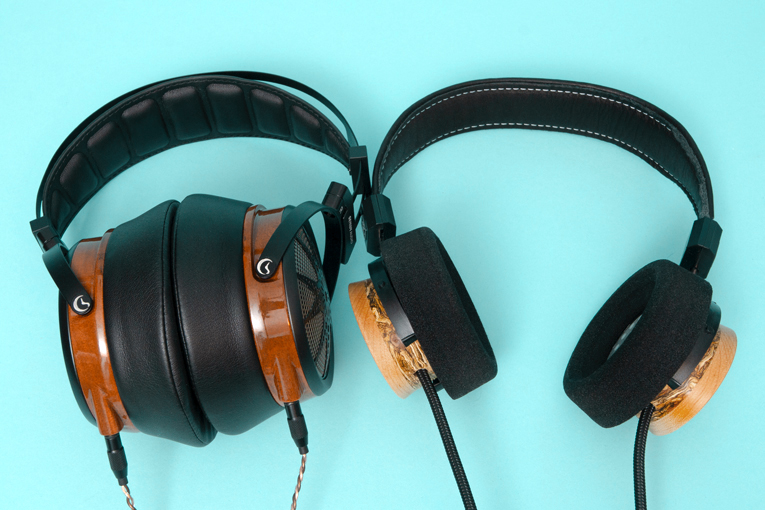 I’ve long been a proponent of the Harman curve—a target frequency response that research has shown to be the preference of most listeners. I’ve found no substantive criticisms of the Harman curve; yes, many audio enthusiasts object to it, but none have presented evidence that does anything to discredit the research or refute the results. But the Harman curve only tells us the most popular target curve. It doesn’t mean that other curves might not find some fans (obviously, they have), or that an alternative target curve might not be more popular with certain listeners. Harman acknowledges this by presenting two alternative variants of the curve—essentially, “more bass” and “less bass”—but I have not seen those curves used as measurement standards by reviewers or in the marketing materials for headphones from Harman or any other company.

Even if a manufacturer asked me to create a “Butterworth curve” by adjusting an EQ to come up with the best possible sound I can imagine, it’s entirely possible I might find merit in headphones that vary from the Butterworth curve by several dB—in the same way I can say Oscar Peterson’s my all-time-favorite piano player, but I enjoy listening to Keith Emerson, too. Look at headphone forums on the internet, and you’ll find most enthusiasts own several sets of headphones—sometimes including models that sound quite different from each other.

I definitely think it’s the responsibility of audio publications that do measurements (and in my view, all of them should) to call out any “red flags” that indicate a product is substantially outside the norm. That complete absence of a 3kHz peak in the Sendy Apollo headphones is a great example. I’ve seen positive reviews of these headphones, but when I see how far the Apollos stray from the norm, I have to wonder what kind of product would get a bad review from these publications. (Truck stop earphones, perhaps?) If these reviewers like the Apollos’ sound, they’re entitled to their opinions, but if they had done measurements, they could have added caveats about the Apollos’ strange frequency response and cautioned readers to hear them before buying.

But some of my colleagues on the measurement side go radically in the other direction, sometimes damning a headphone, speaker, or electronic component as a “failed product” if it strays from whatever target curve they’ve chosen to use as a standard—even in cases where that product clearly hasn’t failed from a sales standpoint. Yes, these reviewers can tell us if a product falls outside the Harman curve, but unless they’re open-minded in their listening tests—and at least occasionally court the opinions of other listeners—we don’t know if, for some listeners, those headphones’ positive characteristics might outweigh some or most of the negative effects of their variance from the Harman curve. The science doesn’t tell us that, nor does it aim to. It merely recommends a good, safe general target for headphone response. 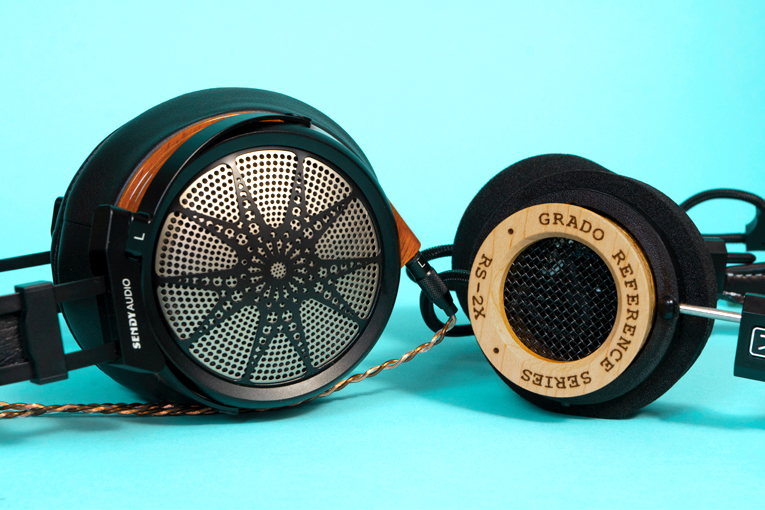 I’m lucky to have spent six years of my childhood in New Orleans, and to have been raised by a mother who spent her first 29 years there. The gumbo she makes is as good as I’ve ever had, and most of what you’ll get in the city’s revered restaurants is similar to her recipe. So there’s something of a standard for Creole-style gumbo—a “gumbo curve,” if you will. But that doesn’t mean that any gumbo recipe substantially different from hers is “failed gumbo.” Sure, I’ve had gumbo so bad it made me furious that whoever cooked it didn’t put more care into a recipe that’s almost a religious ritual for those who live near the eastern half of Interstate 10. But I’ve also had gumbo I truly loved that tasted a lot different from Mom’s—maybe it had more filé or more cayenne, or used a darker or thicker roux, or substituted sausage or chicken or even reptile meat for some of the seafood. Why can’t I enjoy those experiences, too?

In my opinion, smart audio enthusiasts always consider the measurements, but shouldn’t be ruled by them. The internet era doesn’t generally embrace intellectual subtlety and careful consideration, but these are the disciplines that serve audiophiles best. The certainty we gain from insisting on the infallibility of measurements or the eminence of emotion may feel good, but it isn’t likely to give us the best sound.